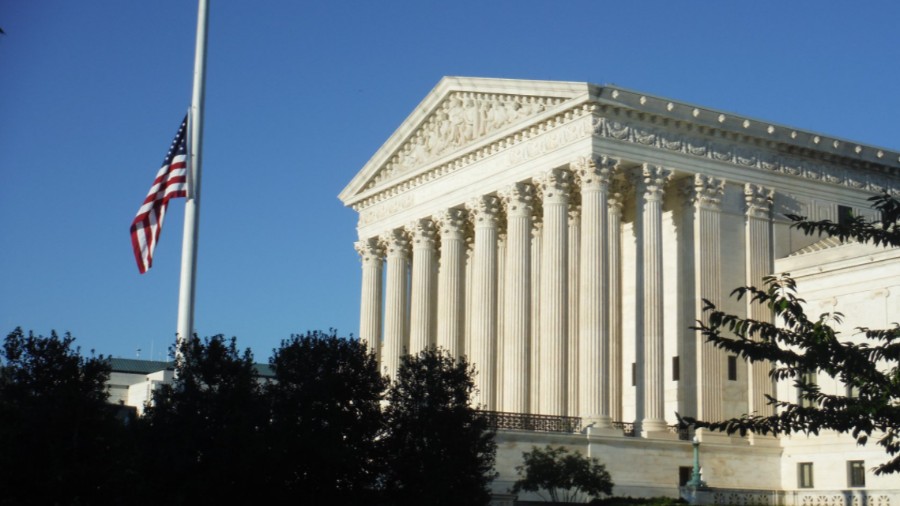 If you thought the left had gone insane over the coming election (and its results-be-damned aftermath), you ain’t seen nothin’ yet.

With the sudden vacancy on the Supreme Court, they have completely lost their minds. On Sunday, Nancy Pelosi threatened to impeach Trump if he dared to do his constitutional duty and nominate a new justice. She described impeachment as “one of the arrows in our quiver.” Good grief.

Interestingly, in a Sunday evening presser, Sen. Chuck Schumer was joined not by Pelosi but by Rep. Alexandria Ocasio-Cortez, which should tell you who is really running the show among the Democrats.

The media are nuts, too. To cite one of many incendiary comments, Reza Aslan tweeted, “If they even TRY to replace RBG we burn the entire (bleeping) thing down.”

To his credit, President Trump says he’s going to go ahead with his obligation (his word) to make the nomination.

Schumer said, “The American people should have a voice in the selection of their next Supreme Court Justice. Therefore, this vacancy should not be filled until we have a new President.” That’s hilarious; we all know what he said in 2016 (the opposite), and what he’d do now if positions were reversed (fill the vacancy immediately).

He knows, of course, that if Trump doesn’t nominate someone before the election, the chance of us having a “new President” rises exponentially, as nothing would make Trump’s supporters stay home in fury like his failure to do this. Republicans would burn their own party to the ground.

Sunday on FOX News’ Media Buzz, I addressed the political reality by citing Harry Reid, recalling that he “blew up the filibuster” on judicial nominees when Republicans had warned it would come back to haunt him. “So,” I said, “when the Republicans have an opportunity to put a Supreme Court justice on, they’re gonna do it, because they have the Senate and they’ve got the White House. I think there’s plenty of, sort of, double-talk going around … Both parties have taken the position that they’re going to do what they CAN do when they’re in power … That’s politics; that’s how it works.”

In an appearance on Sunday Morning Futures, Ohio Rep. Jim Jordan said that “Trump is following the historic norm. Nine out of ten times, when the party in the White House is the same party that’s controlling the Senate [NOTE: that is key] … during an election year, you put someone forward, they get confirmed.”

Indeed, in 2016, The Washington Post noted that “one-third of all U.S. Presidents appointed a Supreme Court Justice in an election year” — including six lame-duck Presidents!

Threats from the Left

The critical issue here is getting someone on the Court who will respect the law and the Constitution. But the left has given us a preview of coming attractions on what we can expect from them, as they don’t respect the Bill of Rights one whit (a whit being smaller than a coronavirus).

As for Pelosi’s threat to impeach the President (also AG Barr) if Trump moves forward, Jordan said, “I don’t think the American people like to be threatened.”

Never ‘compromise’ with Democrats. Never appease them. Never believe them. They will never compromise with Republicans.

So at this point, the question isn’t whether Trump will nominate a new justice (he will), but rather if the Senate will vote soon and not wait until after the election. House Judiciary Chair Jerrold Nadler also has issued a threat: that if the GOP Senate confirms before the election, but in November it goes Democrat, that’ll mean payback time, as Democrats “pack” the Court the way Franklin D. Roosevelt hoped to during his administration.

What should the current Senate do? Delay voting in hopes that Democrats won’t try to pack the Court later if they get the chance? Or stop acting like Charlie Brown does every time Lucy promises not to take away the football if he’ll just kick, and take the doggone vote?

What have we learned, class? It’s simple: NEVER ‘COMPROMISE’ WITH DEMOCRATS. NEVER APPEASE THEM. NEVER BELIEVE THEM. THEY WILL NEVER COMPROMISE WITH REPUBLICANS.

The threat to pack SCOTUS is serious, indeed; that’s why Republicans must keep the Senate this November. Mark this, if they take the Senate and have a new President to appoint leftist justices, they’ll pack the Court faster than you can say “Ruth Bader Ginsburg.”

As I said on Media Buzz, Democrats have “walked away from everything the President has laid on the table that they said they wanted: DACA, infrastructure, tax reform, dealing with COVID … They don’t want solutions; they want control.” They detest Trump because he won’t play their game. Senators had better not play it, either.

RedState.com has a great new column about why Republican senators must reject any “grand bargain” on this with Democrats. It sounds a lot like me, so, of course, it’s a must-read.

“Bonchie” says, “… I think it’s one of the dumbest suggestions I’ve ever seen in my life. It’s basically negotiating with a person threatening to blow your brains out with a gun that has no bullets.” He means Democrats have no power now on this and don’t know that it would change after the election.

“Further,” he says, “the idea that giving in to Democrats here will somehow heal the nation’s divide is ludicrous and naive. If the GOP doesn’t replace Ginsburg before the election … the riots won’t stop and Antifa isn’t going away. You cannot fix what ails this nation with political olive branches.”

That the GOP Senate would press forward in this scenario should surprise no one. Mitch McConnell told FOX News’ Bret Baier in February, “If you’re asking me a hypothetical, whether this Republican Senate would confirm a member of the Supreme Court, to a vacancy created this year [before November] … we would fill it.”

Of course, the media will not do their duty, which is to report this accurately. There is nothing unconstitutional or unusual about confirming a SCOTUS nominee this close to an election when the President and Senate are of the same party. Doesn’t matter; the media are already saying this is OUTRAGEOUS! But that’s just another lie, another false narrative — an extremely inflammatory one, but they don’t care.

They’ll do anything to pressure the few reachable Republican Senators to waver.

Steve Hilton, on his FOX News show The Next Revolution, had a spectacular opening monologue about madness from the left that is a must-watch. He says pretty much everything else I’d like to say — with one glaring exception: he did say the Senate should vote after the election. On the other hand, his guest, Tennessee Sen. Marsha Blackburn, pointed out that the process generally takes about 30 days from nomination to hearings and another 30 days to the vote.

On the other hand — I’m sounding like Tevye in Fiddler on the Roof — there’s something else to consider: we desperately need a full-court to rule on the various election challenges that are inevitable after Nov. 3. That could be the most important consideration of all.