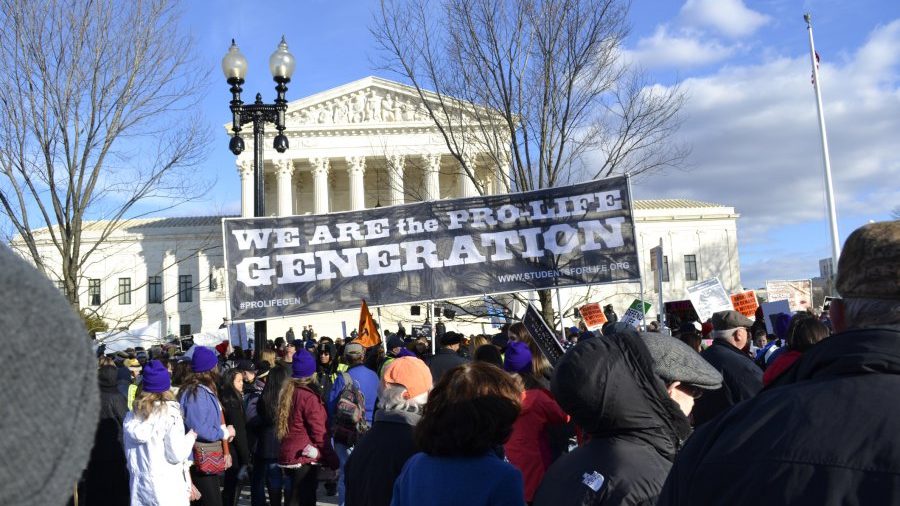 This year may be the last January March for Life. I’ve attended many of the annual pro-life gatherings in our nation’s capital, and it’s a sight to behold. There’s always a big showing from North Dakota, thanks to the University of Mary in Bismarck. The day before the march, I almost always encounter students from Louisiana at Mass at St. Matthew’s Cathedral. Many students spend the night in the basilica of the National Shrine of the Immaculate Conception, some in vigil, others catching some sleep in the side chapels and everywhere else there is space.

The March for Life is on one level a protest of the Supreme Court’s Roe v. Wade decision, which legalized abortion in all three trimesters of pregnancy. But, more importantly, it’s a celebration of life. Roe was decided on January 22, 1973. If it’s overturned by the Supreme Court in June, I’m hoping the march will move to that summer month and transition to a gathering of thanksgiving. And there will still be many reasons to take a stand against abortion, as the procedure will likely remain legal in many states.

Misconceptions About the Pro-Life Movement

There are all kinds of caricatures and misconceptions about the pro-life movement. We don’t want to put women in jail. We don’t want them to suffer or be alone. All too often, the pressures are too great for a woman to consider anything but abortion. But women are capable of amazing things when they find people who want to support them and help them make the right choice both for themselves and their child. We march for life not only to oppose abortion, but to celebrate the women who have made courageous choices to give life — to mother in challenging circumstances or choose adoption.

But such women and their choices are not supported by our culture — they have to fight every step of the way in our disposable, life-denying culture.

I recently encountered a woman protesting a pro-life prayer vigil outside a Planned Parenthood abortion clinic in New York. Addressed by name, I said good morning to her. She replied: “It is a good morning, because no one is forcing me to give birth.” She held a sign in my face about opposing forced birth. But the pro-life people gathered there that morning wanted women not to be pressured in every way to end the lives of their unborn children. We’re not about force, but actual freedom.

Abortion is not health care. It’s the most intimate violence on a woman and her developing child, who winds up dead in the process. Bills that outlaw abortion if a fetal heartbeat can be detected are instructive because they acknowledge that it is fairly early on in a pregnancy when human life as we think of it develops. As we potentially move toward a post-Roe America, we need to be honest about what we are talking about.

It would seem an impossible plea in these divided times, but could people of good will band together to make sure women know that they have options that are not abortion? It was not all that long ago when a Democratic presidential candidate framed abortion essentially as a necessary evil — there is room for both sides to come together on some points of this issue.

Now is the time to band together to make abortion implausible. The young people holding “We Are the Post-Roe Generation” signs are confident. And the March for Life veterans with the “We Will Help You” signs will show you the pro-life movement in all its compassion for women who deserve better than abortion.