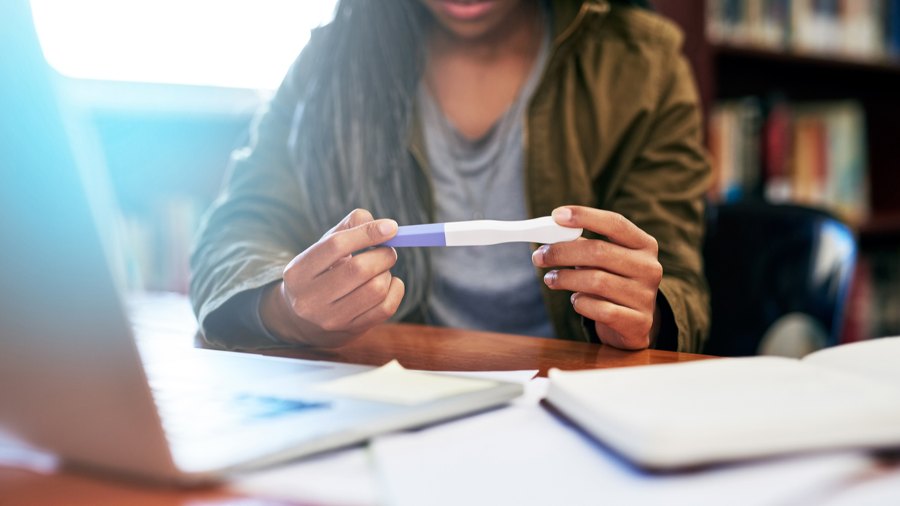 The road to obtaining a college degree is filled with many difficulties as it is, but statistics show that women suffer numerous added tolls. On average, college women experience higher levels of stress and anxiety than their male peers. One reason for these higher stress levels is the prevalence of sexual assault. A study published by the Association of American Universities found that one in four female undergraduate students surveyed had experienced sexual assault during their college years and that fewer than 30 percent of women who had been assaulted sought assistance from their school or filed a report against their aggressor. To make matters worse, female students faced with unplanned pregnancies are often led to believe that their only options are to get an abortion or risk failing academically.

The ‘Abortion Out Loud’ Campaign

The pro-abortion group Advocates for Youth recently launched new posters for their Abortion Out Loud campaign that encourage pro-abortion students on college campuses to advertise information about where their peers can undergo an abortion in their local community. The posters have fill-in-the-blank boxes in which students can write the address of the closest abortion facility, how students can find transportation to get there, and whether student health insurance covers the cost of an abortion. The posters also openly refer to pregnancy resource centers (PRCs) as “fake abortion clinics” and caution students to avoid specific PRCs in their area.

This campaign, created in time for Advocates for Youth’s “Week of Action” from November 7–13, is intended to culminate in a “National Health Center Call-In Day.” On this day, students are encouraged to call their college health centers demanding access to abortion on campus.

What About Resources for Women Who Don’t Want Abortion?

For pro-abortion extremists, it is not enough that college-aged women can travel to an abortion facility — they want academic institutions themselves to offer abortion access. Meanwhile, they never mention also providing resources for women who do not want an abortion. It is clear that the so-called “pro-choice” movement believes abortion to be the only right choice for women in college.

Best Colleges, a website that primarily exists to offer information about college rankings, recently published an article advertising the perceived “need” for abortion for college-aged women. The article describes a 2019 study of women who were pregnant in college, with one group receiving abortions and the other group giving birth. Although Best Colleges admits that women in both groups stayed in school at similar rates, the article states, “only 27% of the women denied an abortion earned a college degree, while 71% of those who received an abortion became college graduates.”

The argument Best Colleges is making is that women are more academically successful when they undergo an abortion rather than give birth. What Best Colleges fails to realize, however, is that this academic disparity exists because of a lack of resources and support for female college students who desire to give birth to their child.

The Lie: Abortion is the Only Real Option

The abortion industry thrives on manipulating vulnerable women who are experiencing unplanned pregnancies into believing that their only real option is abortion. According to the Guttmacher Institute, 42 percent of abortions are carried out on women between the ages of 18 and 24. The many young women on college campuses that have been traumatized by sexual assault deserve better than having their bodies further abused through abortion.

According to Kristan Hawkins, president of Students for Life Action, “Students who find themselves pregnant should be lovingly embraced by their campus communities. Our schools and legislators should invest in creating resources, programs, and support for pregnant women, enabling them to achieve their academic and career goals.”

Abortion on college campuses is a band-aid solution to the deeper issue of irresponsible sexual activity or the tragedy of sexual assault. Rather than coercing young women to bury their trauma and abort a child, colleges ought to provide counseling services and extra support for pregnant students so that they can achieve their dreams without subjecting themselves and their children to abortion.

Joy Zavalick is research assistant for the Center for Human Dignity at Family Research Council. Article originally published at frcblog.com. Reprinted with permission.