Powerful Arguments to Keep ‘Trans Ed’ Out of Schools 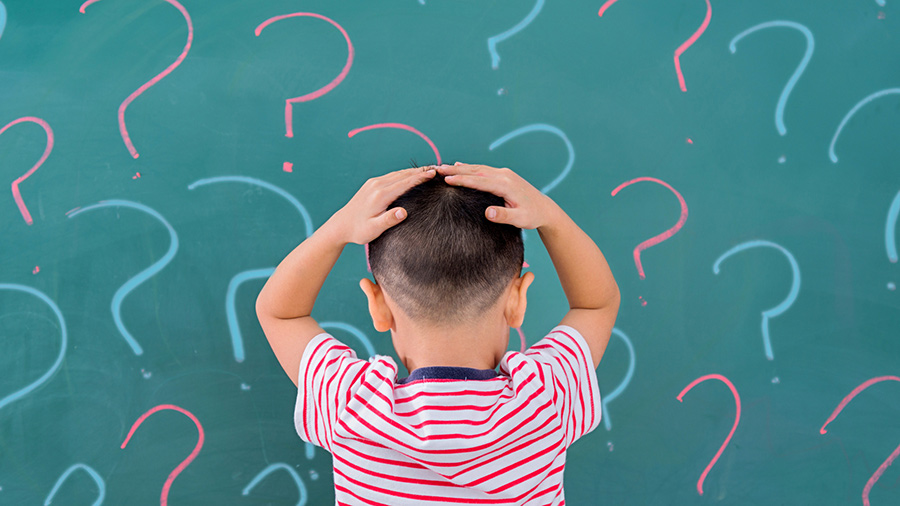 School districts are embroiled in a battle over whether to teach children from kindergarten to third grade about being transgender. Advocates recommend teachers read their young students “Introducing Teddy,” a book about a boy teddy bear who transitions to be a girl, calling it a heart-warming story “about being true to yourself.”

For honest answers on what belongs in public schools, follow the science and the U.S. Constitution.

What is the Science?

First, the science: A staggering 99% plus of the population do not have the physical traits that cause someone to become transgender. People with gender dysphoria — a condition that causes extreme distress — deserve empathy and respect. But only 0.6% of the adult population have it, according to UCLA’s Williams Institute, an LGBTQ advocacy group.

A classroom lesson proposed for New Jersey 6-year-olds called “Pink, Blue and Purple” says children should be taught that “You might feel like you’re a girl even if you have body parts that some people might tell you are ‘boy’ parts … No matter how you feel, you’re perfectly normal.”

No, It’s Not Normal

Normal, no. It is a rare condition. Most gender dysphoria manifests in early childhood, according to a 2020 study at Cedars Sinai in Los Angeles, so guidance counselors and teachers should be trained to offer families help. But there’s no reason to incorporate it into the curriculum, inviting children to choose their pronouns and confusing the 99% who don’t have the condition.

The Human Rights Campaign and other LGBTQ+ advocacy groups ignore this science and insist that someone with “boy parts” can become a girl and vice versa.

These groups are teaming up with the National Education Association to steamroll schools into disseminating this false claim, even designating national reading days when school kids are indoctrinated with lessons about transgender characters like those in the books “I Am Jazz” or “Born Ready: The True Story of a Boy Named Penelope.”

Scientists are still debating actual causes, but a consensus is emerging that people with gender dysphoria have “a brain structure” that does not match their genitalia at birth.

Transgender individuals process the sex hormones estrogen and androgen differently from other people. According to Exeter University researchers, gender dysphoria is caused by androgen insensitivity syndrome, where “the testosterone receptor is mutated and faulty, and thus cannot function.”

The LGBTQ community is adamant this condition not be labeled mental illness. When the Diagnostic and Statistical Manual used by American psychiatrists was updated in 2013, gender identity disorder was changed to gender dysphoria.

Kids are Being Groomed

Trans advocates want greater acceptance. But instructing young kids that it’s normal for boys to become girls and vice versa is going too far. Parents rightly fear their kids are being “groomed.”

In the last two decades, the proportion of minors saying they’re transgender has soared to 1.8%. Gender dysphoria used to be a condition experienced primarily by young boys. Now, it has suddenly shifted to teenagers born female. Brown University’s Lisa Littman calls this “social contagion,” meaning teenage girls are mimicking their friends and claiming to be transgender, without displaying the classic signs of gender dysphoria that emerge in early childhood.

Children need to be protected from gender hysteria and moving headlong into transitioning.

What Does the Constitution Say?

What does the Constitution say? We have the freedom to practice our own religion. Many Christians and Jews believe God created man and woman. They don’t want their kids indoctrinated in a belief system that claims a person born with “boy parts” can become a girl. Parents in Ludlow, Massachusetts, are suing to stop the public school from teaching transgenderism.

They’re likely to win. The U.S. Court of Appeals for the 6th circuit ruled March 30, 2021, that Ohio could not force a public university teacher to address transgender students using their chosen pronouns contrary to the teacher’s Christian beliefs.