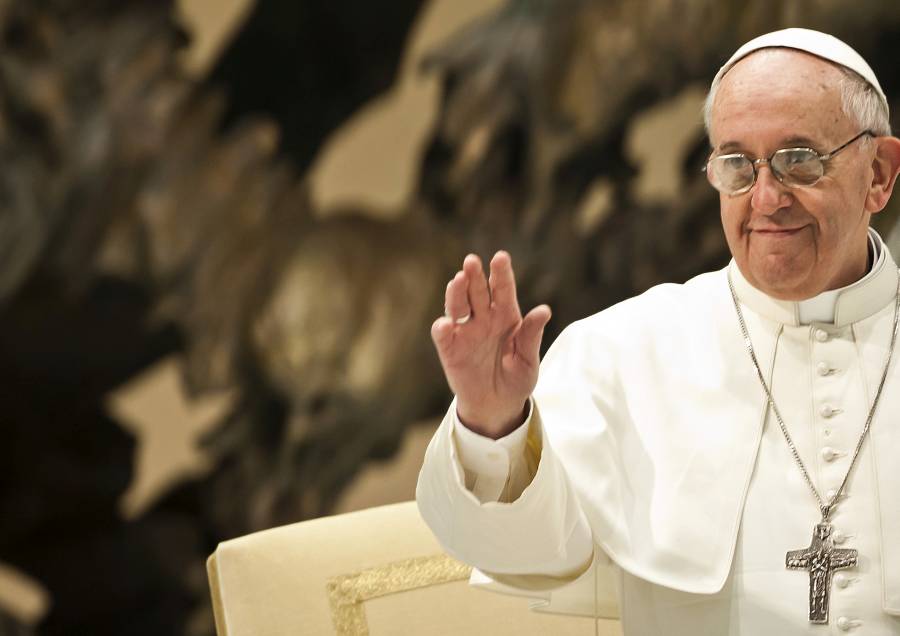 As Pope Francis landed in Baghdad after the short flight from Rome, I was reviewing his words from an evening prayer service he held last March. That night, you could hear Italian ambulance sirens go by — this was no escape from the pandemic reality we were all facing.

At the time, he said:

The tempest lays bare all our prepackaged ideas and forgetfulness of what nourishes our people’s souls; all those attempts that anesthetize us with ways of thinking and acting that supposedly ‘save’ us, but instead prove incapable of putting us in touch with our roots and keeping alive the memory of those who have gone before us. We deprive ourselves of the antibodies we need to confront adversity.

He said a lot more and it’s worth rereading or rewatching. Obviously, particularly for Catholics, but I suspect there’s something there for everyone. Certainly, it’s something to think about as we hit this one-year mark since shutdowns began.

Christians in the Middle East are Not Forgotten

The pope’s recent trip to Iraq is the first trip he’s made since COVID-19 arrived, and the importance of the visit is not lost on the Christians in that troubled region. As far as they are concerned, all the interfaith dialogue aspects of the trip are secondary, important though they might be for the peace of the world and for their lives. The chief message of the pope’s trip was that Christians in the Middle East are not forgotten — something that doesn’t always seem true, especially in the United States. I frequently find that Americans don’t even realize that there are Christians in Iraq anymore.

And yet, what do the Christians of Iraq want? The night before the pope’s arrival, the National Review Institute hosted a Zoom briefing live from Erbil with Stephen Rasche, an American who serves as the vice chancellor of the Catholic University of Erbil and director of the Institute for Ancient and Threatened Christianity there. He said of Iraqi Christians: First of all, they want to be able to remain where they are. But they “don’t just want to be treated well. They want to be able to serve.”

“They want homes,” he said. “They want jobs. They want laws to protect them. They want to the ability to celebrate and live their lives freely and openly. And they hope that this visit from the Holy Father is a starting point for that.”

What is Most Important to Us

Pope Francis has been talking about persecuted Christians since the beginning of his pontificate. He’s repeatedly said that there are more now than in the days of the early Church, when they were sent to the lions. His trip to Iraq is for the Christians — as their population there dwindles and their ability to continue to be a presence in their ancestral home is uncertain.

It’s also a reproof of our self-centeredness. Yes, so many here have suffered this year in real ways. But as things open up again, what’s most important to us? Throughout the pandemic, we seemed to concede that religion was not essential. But religion is all the Christians of Iraq have. The people Rasche serves in Erbil are there because they had to flee their homes in other parts of the country. I once heard a woman there declare that she was grateful for the terrorist group ISIS, which seeks to drive Christians from the Middle East through murder and violence — thank God for ISIS, she said. Because before ISIS, she didn’t know that Christ was most important to her.

Amazing. Can this papal trip provide perspective for us? To remind us to serve, not be served; to love, not descend deeper into hate; to be unafraid; and to truly value the gifts of freedom we have in the United States still? And to remember what is most essential.

Kathryn Jean Lopez is senior fellow at the National Review Institute, editor-at-large of National Review magazine and author of the new book A Year With the Mystics: Visionary Wisdom for Daily Living. She is also chair of Cardinal Dolan’s pro-life commission in New York. She can be contacted at [email protected]m.