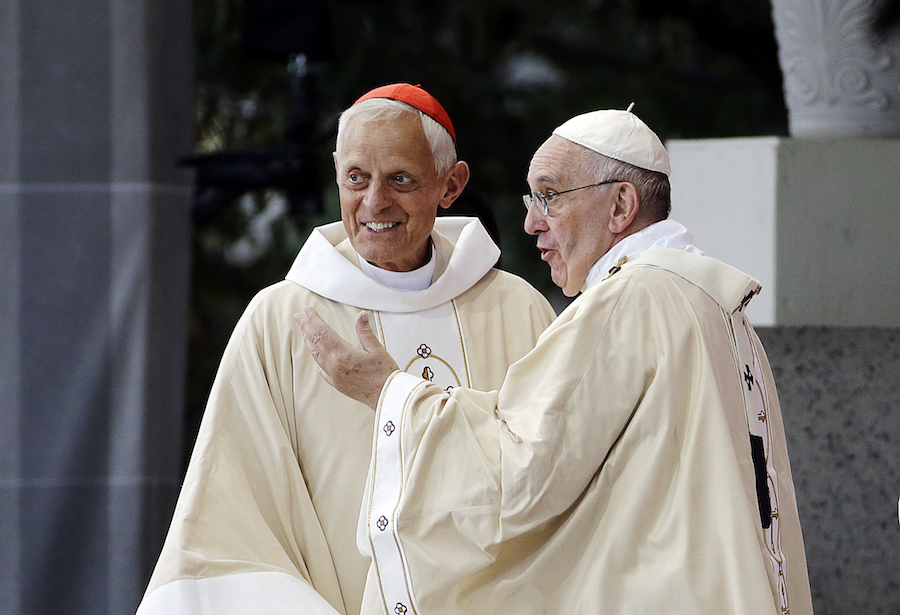 FILE - This Wednesday, Sept. 23, 2015 file photo shows Cardinal Donald Wuerl, archbishop of Washington, left, talking with Pope Francis after a Mass in the Basilica of the National Shrine of the Immaculate Conception in Washington. Pope Francis has accepted Friday Oct. 12, 2108 the resignation of Washington Cardinal Donald Wuerl after he became entangled in two major sexual abuse and cover-up scandals and lost the support of many in his flock.

By DAVID CRARY and NICOLE WINFIELD Published on October 12, 2018 •

Faithful Catholics: Settle for Nothing Less Than the Truth

The Catholic Bishops: When It’s Time to Call the Police