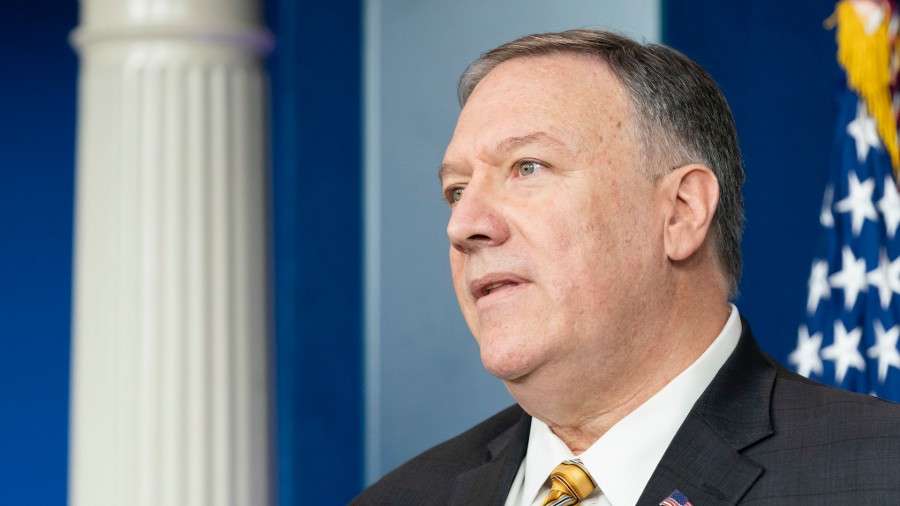 “It is dangerous when a powerful force like the communications tool which is Twitter adopts a non-viewpoint-neutral view of the world,” Pompeo told the Examiner.

“They have to make a choice, either it’s going to be viewpoint neutral or they’re going to make a different decision,” the secretary of state continued. “And that decision can’t be based on whether it is supportive of this administration or attempting to undermine America.”

Twitter censored the report, locked the Post’s account, and refused to re-open it unless the outlet deleted uploads containing the hard drive story, according to Fox Business. The tech giant said the Post relied on “hacked” information to write the story, Fox reported.

The Post wrote that Hunter Biden took a job with a Ukrainian energy company called Burisma for $50,000 a month and reported unconfirmed email exchanges in which a foreign energy executive suggested Joe Biden had met with the man who employed his son.

Joe Biden previously has stated that he “had never spoken” to his “son about his overseas business dealings,” the Post reported.

The hard drive also reportedly contained images of Hunter Biden engaged in lewd behavior with one picture appearing to show him asleep with a crack pipe dangling from his mouth, according to the Post.

Both the Biden campaign and Pompeo did not immediately respond to requests for comment from The Daily Caller News Foundation at the time of publishing.