Polls: Trust in Mainstream US Media Still in Free Fall

Both The New York Times poll and Gallup poll illustrated that this week. 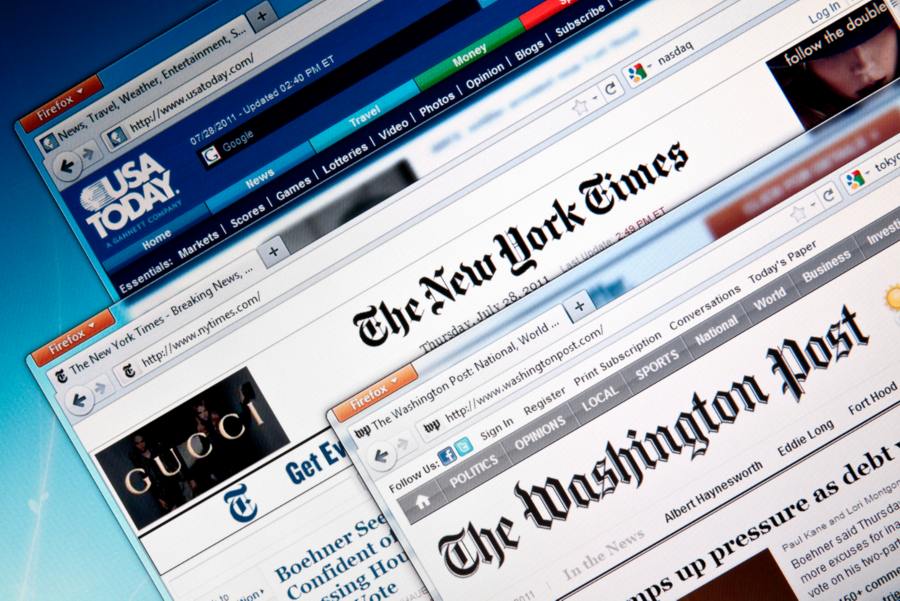 A Canadian commentator has noticed a little-publicized fact about last week’s New York Times–Siena College poll of 792 registered voters. While the poll focused on the U.S. midterm elections next month, the information about how typical voters view mainstream media was most revealing. A majority not only don’t trust media but see them as a threat to democracy:

A New York Times-Siena College poll published Tuesday found 59 percent of voters view the media as a ‘major threat to democracy,’ while 25 percent said the press is a ‘minor threat’ and only 15 percent said it poses no threat.

The divide fell sharply along partisan lines, with 87 percent of voters who supported former President Trump in 2020 indicating they view the media is a major threat, while 33 percent of Biden voters during that election cycle said the same thing.

Such a sharp divide should, in itself, prompt some thoughts about mainstream media skew. For their part, media commentators did not appear to want to discuss it. The New York Times report itself described voters as “remarkably apathetic” — which feels odd, considering that voters made their views clear enough: They are very concerned about the economic downturn, do not care so much about many issues touted in mainstream news media, and do not trust the media.

Media have come a long way since 1969 when an archived poll showed that Americans had strong trust in the press.

In a way, that’s an outcome of technological change. At one time, mainstream media were the way we all found out about the news, weather, sports, entertainment, and markets of every kind. Now the internet does all that.

One result is that mainstream media, losing their vital function, appear to be captured by elite interest groups and causes. Objectivity is no longer even a goal. That shift results in a decline in basic media skills. In turn, media are much easier for politicians to ignore.

While the voters surveyed might not know the background, they do sense the atmosphere: They see media as a threat to democracy because it is not clear who they really represent when they are telling us “the news.”

Meanwhile, the Gallup poll taken this month also registered a continuing low in trust in media:

An even greater percentage of Americans, 38 percent, said they have no trust at all in newspapers, television and radio outlets to report the news fairly and accurately, while 27 percent indicated they have some trust in the media and just 7 percent expressed ‘a great deal’ of trust.

The same sharp Democrat–Republican divide was found in this poll: “70 percent of Democrats and just 14 percent of GOP members saying they have a great deal of trust in the press.” But that chasm implies, once again, that neither side expects the media to try to be fair. If they did, trust vs. non-trust would be less partisan.

Historically, journalists have always favored typical Democrat causes. But here’s the difference: Many factors once moderated that bias — the biggest by far was the need to just get out the news, whatever it was, ahead of a competitor. Today, however, an effective presentation of bias may very well be the goal. Finding a sympathetic owner or donor to absorb losses then becomes the basis of survival. Thus we come to find sharply differing levels of trust based on political affiliation.

At the Washington Examiner, Paul Bedard notes that “the percentage of people who have ‘no trust’ in journalism outpaces a ‘great deal/fair amount’ for the first time ever.” (October 18, 2022)

More than ever, the well-informed citizen needs a strategy for media consumption.

Denyse O’Leary is a freelance journalist based in Victoria, Canada. Specializing in faith and science issues, she has published two books on the topic: [email protected] and By Design or by Chance? She has written for publications such as The Toronto Star,The Globe & Mail, and Canadian Living. She is co-author, with neuroscientist Mario Beauregard, of The Spiritual Brain: A Neuroscientist’s Case for the Existence of the Soul. She received her degree in honors English language and literature.