Poll Shows Voters are Broadly Ignorant About Issues That Impact Them 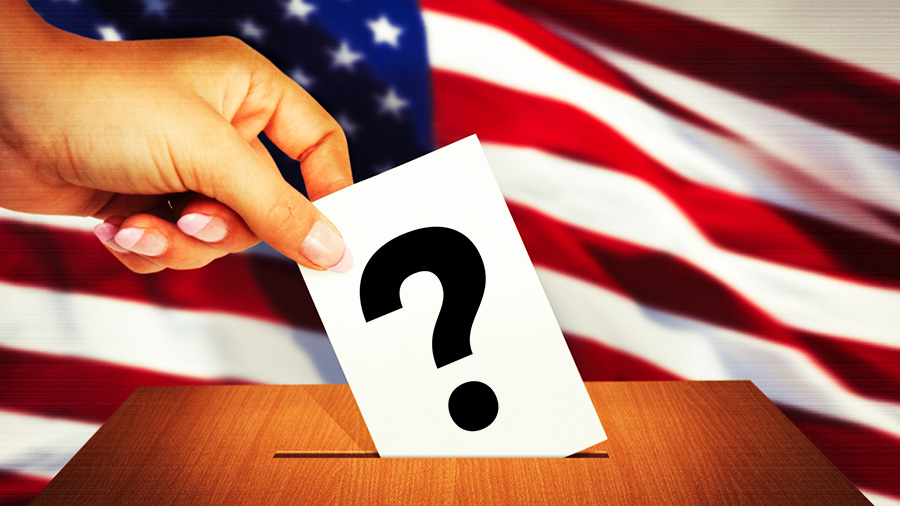 If there is truth in Ben Franklin’s precept that “tyranny begins” with “ignorance,” a poll commissioned by Just Facts shows that the U.S. may be in deep trouble.

This national scientific poll surveyed 700 people who vote “every time there is an opportunity” or in “most” elections. In other words, these are voters who regularly exercise their constitutional right to choose the politicians who govern them.

Results for All Voters

For each question, voters were offered a selection of two or more answers, one of which was true. Voters were also given the opportunity to reply “I don’t know.”

A majority of voters gave the correct answer to only four of the 23 questions.

The highest levels of ignorance were found on questions related to child hunger, tax burdens, health insurance copayments, landfills, and Social Security finances. In these cases, less than 25% of voters provided the correct answer, and in one case, only 6% of voters did.

If there is truth in Ben Franklin’s precept that “tyranny begins” with “ignorance,” a poll commissioned by Just Facts shows that the U.S. may be in deep trouble.

Results by Age, Sex, and Choice for President

The poll also recorded voters’ age, sex, and their choice for president of the United States. This allows the poll to pinpoint segments of society that are most and least informed about specific issues.

The results show deep partisan and demographic divides, with different groups being more or less knowledgeable depending upon the questions.

In total, the rates at which voters gave the correct answers varied from a high of 43% for Trump voters to a low of 31% for Clinton voters:

The sample sizes of third-party voters and 18 to 34 year olds were too small to produce meaningful data.

This poll also contained a question that asked: “All other things being equal, if you were faced with a choice between a male and a female presidential candidate, who would you vote for?” Each voter was given the option to reply “Male,” “Female,” “It does not matter,” or “Unsure.”

Male voters and Trump voters were more likely than any other groups to say “it does not matter,” at 73% and 72% respectively. Most of the other groups were not far behind, with rates of:

The poll was conducted by Conquest Communications Group, a professional polling firm located in Virginia. The responses were obtained through live telephone surveys of 700 voters across the continental United States on October 11–23, 2016.

A sample of questions and results from the poll include the following:

Question: On average across the United States, how much do federal, state, and local governments spend per year to educate each classroom of public school students? Less or more than $150,000 per classroom per year?

Question: On average, who would you say pays a greater portion of their income in federal taxes: The middle class or the upper 1% of income earners?

Correct Answer: The upper 1%. The Congressional Budget Office, the Obama administration Treasury Department, and the Tax Policy Center have all documented that households in the top 1% of income pay an average effective federal tax rate of about 34%, while middle-income households pay about 13%. These tax rates account for nearly all income and federal taxes. Claims to the contrary, which are often voiced by politicians and the media, are based on misleading calculations that exclude large portions of people’s taxes and/or incomes.

Question: Is the air in the United States generally more polluted than it was 30 years ago?

Correct Answer: No. EPA data shows that ambient levels of criteria air pollutants have declined significantly over the past 30 years. The same holds for emissions of hazardous air pollutants. Lower levels of pollution can improve human health and reduce problems like learning deficits and behavioral disorders.

Question: Without government subsidies, which of these fuels is least expensive for powering automobiles? Gasoline, ethanol, or biodiesel?

Correct Answer: Gasoline. Data from the U.S. Department of Energy and U.S. Energy Information Administration show that in 2015, the unsubsidized cost of ethanol was 38% more than gasoline, and the unsubsidized cost of biodiesel was 118% more than gasoline. Affordable energy has many important benefits, and for poorer people, it can mean the difference between life and death.

Detailed poll results for all voters are available here.

James D. Agresti is the president of Just Facts, a nonprofit institute dedicated to publishing verifiable facts about public policy.