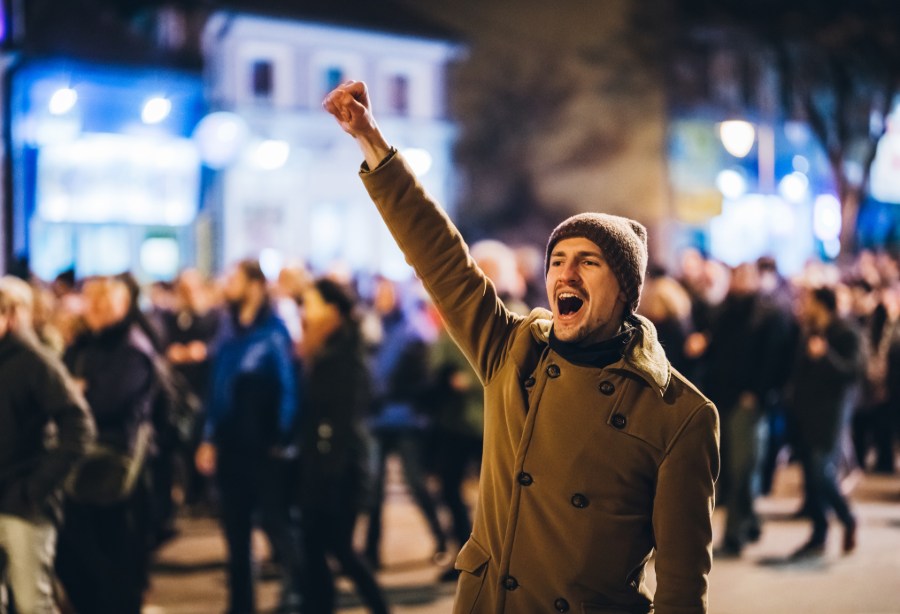 The full craziness of election season will soon be upon us. As a Christian, how will you view it? How will you respond to it? How will you interact with others when its topics and controversies fill your social media feeds? The answer may depend on how you view politics itself.

In “Millennials and the False Gospel of Politics,” John Stonestreet and Shane Morris reflect on how our view of politics is evolving:

[Theodore] Dalrymple thinks the rising generation of American voters is seeking more from politics than just good laws. They’re seeking salvation—they’re seeking a cure for the world’s evils, and an escape from what feels like a meaningless existence. Having abandoned any hope that these things will come from God, they’re left hitching their hopes to the next election, to the next Supreme Court ruling, or the next session of Congress.

“There is an evangelical tone to their declarations,” Dalyrmple writes, “a sorting of the wheat from the chaff, the sheep from the goats, the saved from the damned. They do not merely want formal changes…[t]hey demand a reform of the human heart and intend to bring it about.”

But of course, politics can never deliver those things.

Where Is Our Hope?

This is unsettling, and it’s a cause for reflection. Are we, as Christians, looking to politics to deliver something it can’t deliver? How much false hope are we placing in fallen human beings? These are questions we should carefully consider as we enter this tension-filled time, adjusting our passions and hopes appropriately.

None of this is to say that Christians shouldn’t be politically aware and active. We should neither give up working towards the good nor fall into despair when the good (as we can best determine it) seems far out of reach. It is to say we need to be realistic about what politics can accomplish. We should place only as many eggs in its basket as it’s meant to carry.

This is not something our society is doing particularly well.

In a fallen world, hopes for a human-created utopia are sure to be dashed — whether one’s party wins or loses. Winning does not prevent disappointment; it merely delays it. For, ultimately, the world your preferred politicians create will never be quite what you hoped.

Politics Can’t Do It all

Because of that, when this election is over, many who are looking to politics for a sense of meaning in their lives will be devastated. If you find yourself among them, remember that our hope in this life and the next is grounded in a sovereign God who is on His throne, a God who will bring about a perfect society in the end, and who will sustain each of us through any injustice — or even mere foolishness — man can (and will) create now. Because of our peace with God and our rest in the future He is guiding into place, we can be a stable force in our society at this time.

And when politics fails us (as it surely will in one way or another), let’s live in such a way that those who are surprised to see we are not destroyed by our losses will ask us “to give an account for the hope that is in [us]” (1 Peter 3:15).