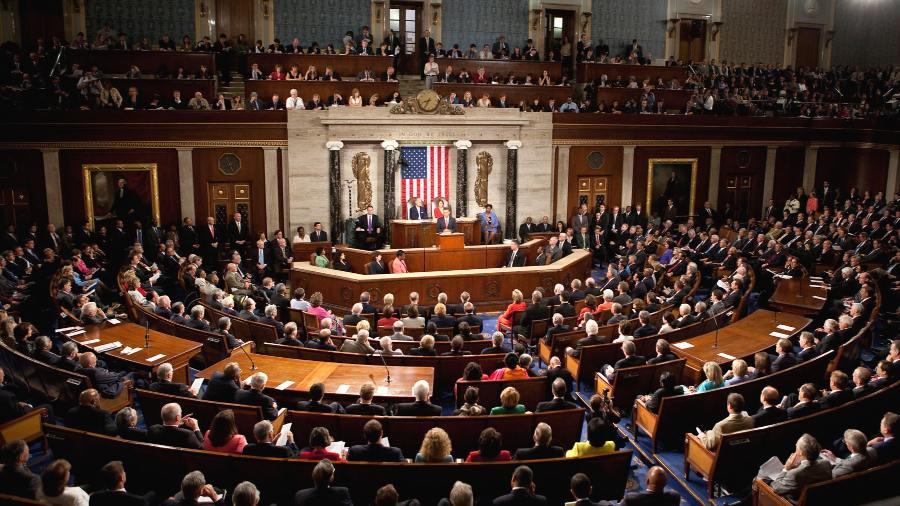 Politics makes a terrible substitute for a complete, thoughtful worldview.

“God has filled his world full of pleasures,” wrote C. S. Lewis in The Screwtape Letters. There are things for humans to do all day long without His minding in the least. Sleeping, walking, eating and drinking. It’s only when these things are twisted, Lewis argues, that they become sinful.

Much of Life is Now Politically Loaded

Now, there used to be many things we could do all day long without other people minding in the least: eating fast food chicken for example, flying an American flag from your porch, rooting for a particular professional sports team or athlete, watching a certain TV network, or watching the other certain TV network.

Today all of these things are politically loaded, as is so much of life in a culture that pretends that we can’t know any real answers absolutely. To the deep, ultimate questions of life, we’re still a culture searching for the answers.

Politics isn’t big enough to answer the questions that we’re expecting it to solve.

Of course, we’re a people in need of answers. Instead of finding them in the Church or in something transcendent, our culture looks largely elsewhere.

Choosing to Find Our Answers in Politics

More and more we choose to find our answers in politics. I define politics here as more than just the process by which we decide how to govern. The way we understand politics today is more like a game, complete with teams — good guys, bad guys, opponents, fandom, celebrities. All of this is a problem. Politics isn’t big enough to answer the questions that we’re expecting it to solve.

For starters, politics certainly doesn’t tell us the truth about real people. It’s common now to think that, based on who a person voted for, we know everything we need to know about them. And making the problem even worse is what we do with the assumptions we make about people based on who they voted for.

It’s common now to treat another person’s politics as grounds for our acceptance and love for them, or to excuse, or dismiss, or deny their personhood — or even hate them.

Just a few weeks ago, a New York Times opinion writer argued that violent anti-Semitic attacks in the US and abroad were problematic, not because people were being attacked, but because those attacks made it more politically difficult to criticize Israel. In this view, the victims of those attacks were pawns, not people.

Just a few days after that, I shared a commentary on BreakPoint from my friend Gerald McDermott about President Biden’s speech impediment. We received many positive comments about the commentary, but we also received many, many negative ones from listeners asserting that we shouldn’t give any cover whatsoever for Biden in any form, that Biden’s politics somehow excuses us from having to treat him with dignity and compassion. In this, too, he became a pawn, not a person.

We have to remember that a person with the right politics doesn’t have any more human dignity or deserve our love any more than someone with the wrong politics. Our politics don’t determine who we are. It’s that we’re made in the image and likeness of God. Our politics aren’t what makes us human. It’s who we were created to be that does.

And of course, our politics don’t tell us the full truth about ideas. Right now our government and public health experts around the world are trying to decide whether COVID-19 first leaked from a lab in China. That theory has been proposed all along — as early as last spring. But it was categorically dismissed by most of the world’s media; not based on any information, not based on any investigation, not based on any facts, but simply because President Trump said that it might be true. Because of his politics, that was treated as proof that it wasn’t true. And if we’re being fair, many others thought that because President Trump said it, that was proof that it was true.

It is culturally and personally dangerous to either unquestioningly accept or dismiss ideas merely because of their political context. Politics doesn’t determine reality. And of course, politics can’t tell us the whole truth about the world either. This should be perfectly obvious.

Politics is a Trendy Reality Show

Politics are powerfully shaped by cultural taste. What was politically unthinkable 10 years ago — for example giving sterilizing cross-sex hormones to a pre-teen — is nearly politically unquestionable today. In other words, politics is just as trendy as fashion can be. It’s certainly not any rock on which we can build our worldview or our ethics.

Politics first and foremost is merely a process. It’s a way to do things. It cannot give us the purpose of life. Our political views don’t make us human so they shouldn’t be the basis of determining who we are willing to “do life with” or are willing to forgive, or willing to learn from, or are willing to love. Having the right politics isn’t the fullness of our calling as followers of Jesus any more than having the wrong politics is eternal condemnation.

Our politics today is merely a show, a reality show that doesn’t give us the reality about us, or about the world. And let’s be honest, the show is getting embarrassing. On the other hand, the way of Jesus is abundant life, and it’s not single-pixel, one-dimensional or fake.

Predictions and Prophecies: Could a Biden ‘Victory’ Lead to the Best Possible Outcome?