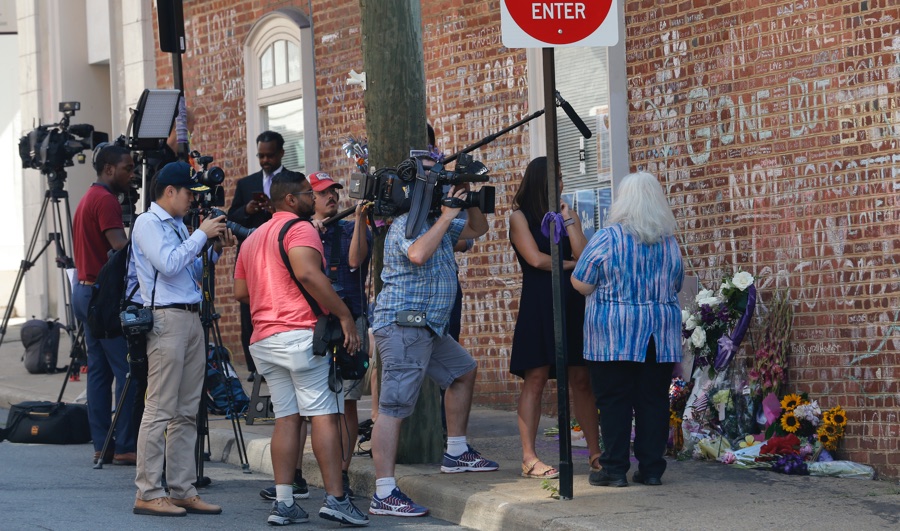 Susan Bro, mother of Heather Heyer who was killed during last year's Unite the Right rally, speaks with reporters at the spot where her daughter was killed in Charlottesville, Va., Friday, Aug. 10, 2018. The governor has declared a state of emergency in anticipation of the anniversary of the rally.