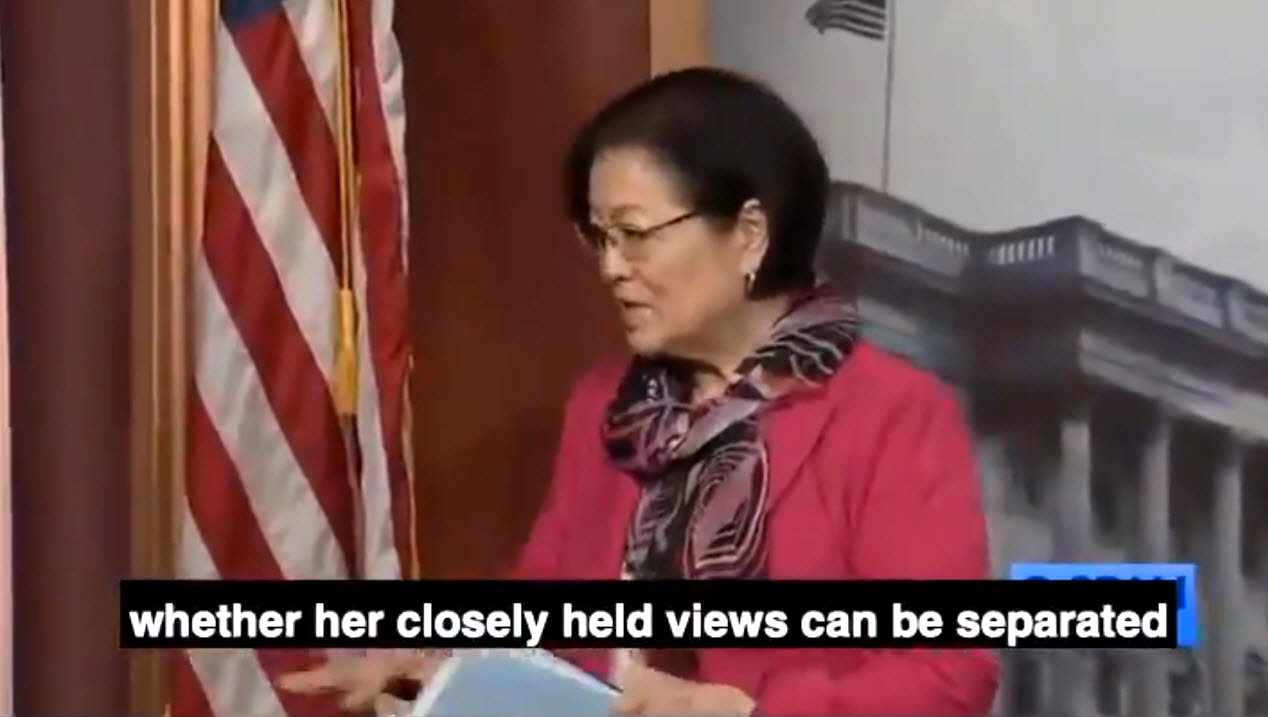 A conservative group has released a pledge asking Senate Democrats to promise that they will not attack Supreme Court nominee Amy Coney Barrett for her faith.

Article III Project (A3P)’s pledge reminds Democrats of both the First Amendment and Article VI of the Constitution’s bar on religious tests for office.

“I, _______________________, along with my staff, hereby pledge to respect the clear text and full spirit of the First Amendment’s guarantee of free exercise of religion, as well as the prohibition on religious tests in Article VI of the United States Constitution, at all times before, during, and after Judge Amy Coney Barrett’s Supreme Court confirmation hearing,” the pledge says.

The pledge continues: “Further, neither I nor my staff will direct or participate in any attacks, veiled or explicit, on Judge Barrett’s faith, whether at the hearing or in the press, either on the record, on background, or off the record.”

A3P founder and president Mike Davis criticized Senate Judiciary Democrats for their “anti-Catholic bigotry” in a statement accompanying the pledge.

“Over the past several years of confirmation hearings, Senate Judiciary Democrats Diane Feinstein, Kamala Harris, Dick Durbin, and Mazie Hirono have clearly demonstrated that the anti-Catholic bigotry lives loudly within them,” Davis said. “That is unacceptable, unconstitutional, and we challenge every Democrat on the Committee to sign the Article VI pledge and refrain from any and all attacks on Judge Amy Coney Barrett’s Catholicism.”

Anti-Catholic bigotry has no place in the Senate. https://t.co/WbzzSe33ZD

“Why is it that so many of us on this side have this very uncomfortable feeling that dogma and law are two different things, and I think whatever a religion is, it has its own dogma. The law is totally different,” Feinstein told Barrett when she came before the Senate Judiciary Committee in September 2017.

“The conclusion one draws is that the dogma lives loudly within you,” Feinstein added. “And that’s of concern.”

Durbin also questioned Barrett on an article she co-authored as a law student that included the term “orthodox Catholic,” asking Barrett: “Do you consider yourself an orthodox Catholic?”

“If you’re asking whether I’m a faithful Catholic, I am, although I would stress that my own personal church affiliation or my religious belief would not bear on the discharge of my duties as a judge,” Barrett told him.

Durbin told the Daily Caller News Foundation after the 2017 hearing that he prefaced his remarks by saying that “going into a person’s religion is not the right thing to do in every circumstance.”