Please, Not the Gay Penguins Again 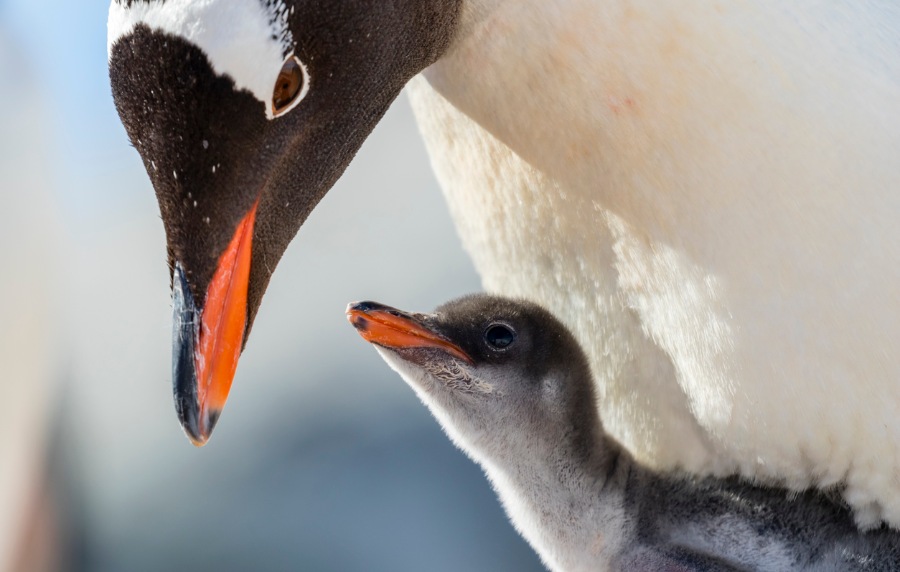 Have you heard the latest? An alleged gay penguin couple is raising their (?) baby penguin genderless. I kid you not.

This is how the headline reads: “Gay penguins at London aquarium are raising ‘genderless’ chick. The 4-month-old, who has two moms, will be the first Gentoo penguin at Sea Life London Aquarium ‘not to be characterized as male or female.’”

Seriously? This is a story on NBCNews.com?

For the benefit of those who read the headline only, the baby penguin actually has a mom and a dad. This is not the immaculate penguin conception. This is not a modern-day miracle. In a million, trillion years, two female penguins will never produce a baby penguin. Count on it.

Another penguin couple produced this little chick, and now these two, purportedly “gay penguins,” are raising it. (Shouldn’t they be called “lesbian penguins”? Or does that very term reveal the absurdity of it all?)

As for the chick being raised “genderless,” this is a completely misleading headline. Perish the thought! Rather, the workers at the Sea Life aquarium have decided not to give it a male or female name or a gender-specific identification tag. That’s it!

As the article states, the chick, now 4-months old, “will be the first of its kind in the history of the famous London aquarium not to be characterized as male or female,” as explained by Sea Life.

They, not the penguins, are calling the baby “genderless.” The so-called “gay penguins” are not raising a “genderless” chick.

And what would that even look like? Would they dress the chick in a genderless fashion? (Oops! Male and female penguins “dress” alike.) Would they offer the chick both boy-toys and girl-toys? (I wonder who makes gendered toys for penguins. I’ll have to research that.) Would they just call the chick “Child,” rather than naming it Barnie or Stella? (Come to think of it, penguins don’t name their offspring. Drat.)

But this is not the first time we’ve gone this route (although the “genderless” chick part is new.)

In A Queer Thing Happened to America, I documented the case of Roy and Silo, the allegedly gay penguins who became the subject of an illustrated children’s book. The book was called And Tango Makes Three, by Justin Richardson and Peter Parnell, based on the story of these penguins who lived in a New York City zoo. The book also tells the story of the baby penguin they “adopted.”

But in a fascinating sequel to the book (a sequel that has not been added to this children’s reader), one of the “gay” penguins ended up leaving his partner and taking up with a good-looking female penguin from California — and fathering a chick. So much for being gay.

And Silo and Roy looked so happy together.

The two male chinstrap penguins had found each other in the big city. They had remained faithful. They had even raised a child. But then, not too long ago, they lost their home. Silo’s eye began to wander, and last spring he forsook his partner of six years at the Central Park Zoo and took up with a female from California named Scrappy. Of late, Roy has been seen alone, in a corner, staring at a wall.

The Times continued (with evident literary flourish), “This tale of betrayal, sexual identity and penguin lust set in Manhattan has reverberated around the world. It has ‘rocked the gay scene,’ as the popular blogger Andrew Sullivan, who is gay, wrote in The Sunday Times of London this week.

“No one was more disappointed than Rob Gramzay, the senior penguin keeper at the zoo, who said simply in an interview yesterday, ‘They seemed to be a good pair together.’”

It was a penguin named Scrappy who stole Silo’s heart, and so the gay-penguin love story came crashing to a sad and bitter end.

Speaking from a more analytical, less emotional point of view, “But no one should be surprised at Silo and Roy parting ways, said Frans de Waal, who has studied the mutable sexuality of bonobo apes and is the director of the Living Links Center at Emory University in Atlanta.

“‘Exclusive homosexuality is not very common in nature,’ he said. And, anyway, he said, ‘bisexual’ would be a better term for animals, adding, ‘They’re sometimes described as gay animals, but they really aren’t.’”

Or perhaps we shouldn’t even use terms like bisexual or homosexual when dealing with the animal world? Perhaps the parallels are more than inexact?

The Self-Destruction of LGBT Activism

The LGBT (Ideological) Seduction of Our Children