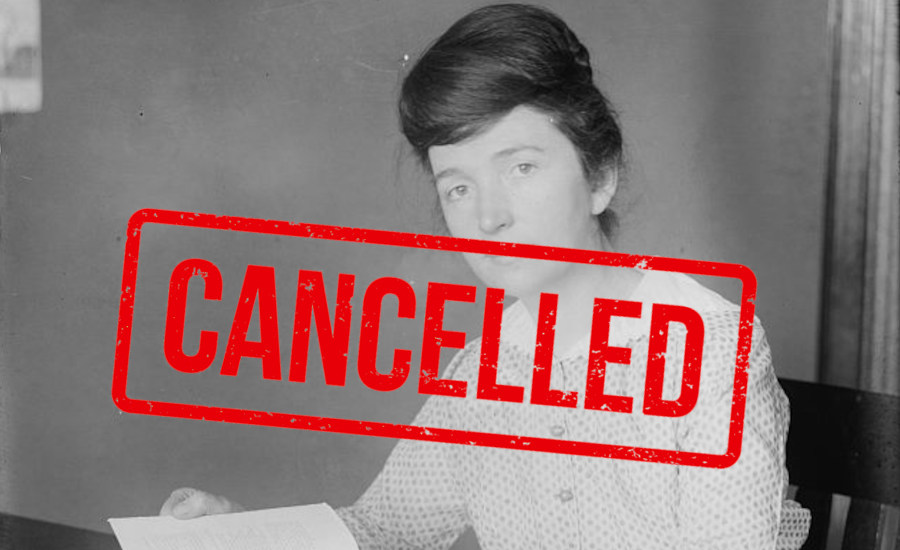 I’m no fan of cancel culture, which seems to me to be shrill, suffocating and unforgiving. At the same time, Planned Parenthood in New York is distancing itself from its co-founder, Margaret Sanger, removing her name from one of their health centers in lower Manhattan. This is overdue — and, frankly, unexpected. For as long as I can remember, protests about her pro-eugenics views were largely ignored.

But merely disavowing Sanger’s stance on eugenics is not enough. For politicians on the left and right over the decades, Planned Parenthood, until somewhat recently, was conventionally considered as American as apple pie. But as Serrin Foster and Damian J. Geminder from Feminists for Life write for the Jesuit publication, America: “While Sanger’s name may be removed from public spaces, her legacy of destruction and dehumanization remains. Millions of children of color and poor children who were priceless are gone forever: nameless, unloved and buried in medical waste. Scrubbing Sanger’s name from an abortion clinic does nothing to improve — much less save — the lives of children who are maimed and killed or the women who have been sold the lie that they and their unplanned pregnancies are a problem to be solved.”

They continue: “(T)he mission of … Planned Parenthood has been, in effect, to target, control and ultimately reduce vulnerable, ‘undesirable’ populations. Without Sanger, there would be no Planned Parenthood, the largest provider of abortions in the United States today. No amount of virtue-signaling from the abortion advocates who now run the organization allows them to escape this fact.”

My friend and Fordham University professor Charles Camosy recently quit the Democratic party, which had long ago left him. He’s been sending around a petition to help the party confront its abortion extremism, to make room again for people who do not think that abortion is some kind of sacramental rite, an essential tenant of not only party membership, but respectful civil society. This is the sort of meaningful action that results from a commitment to principle. I hope more people follow Camosy’s sterling example.

In the case of Planned Parenthood and its political party (which extends beyond the Democrats), making this Sanger reconsideration a healthy exercise would require taking a look at abortion itself and who it most affects, what it does to women and children and families. We cloak abortion and other life-and-death issues in all kinds of euphemisms. But how about talking to women about what abortion has done to them?

An Examination of Conscience

Recently, I watched a nun friend, a member of the Sisters of Life order, encounter a woman in a grocery store who asked about her life.

The sister, a nurse, talked about how her order gives support to expectant mothers, helping them realize their potential for love both spiritually and physically, and offers post-abortion healing to women in need of it. Things ended cordially. I don’t know if the woman’s mind was changed, but that sister enthusiastically engaged in the kind of uncomfortable conversations we need to be having.

Cancel culture, at its worst, is about cutting conversations short and taking sides instead of listening and sharing information. And as we see with Sanger, unless the examination of conscience about abortion itself and the dehumanization it mandates happens, death and hurting some of our most vulnerable will remain the work of the ideology behind Planned Parenthood.

Time for Honesty When We Confront Our Nation’s Sins