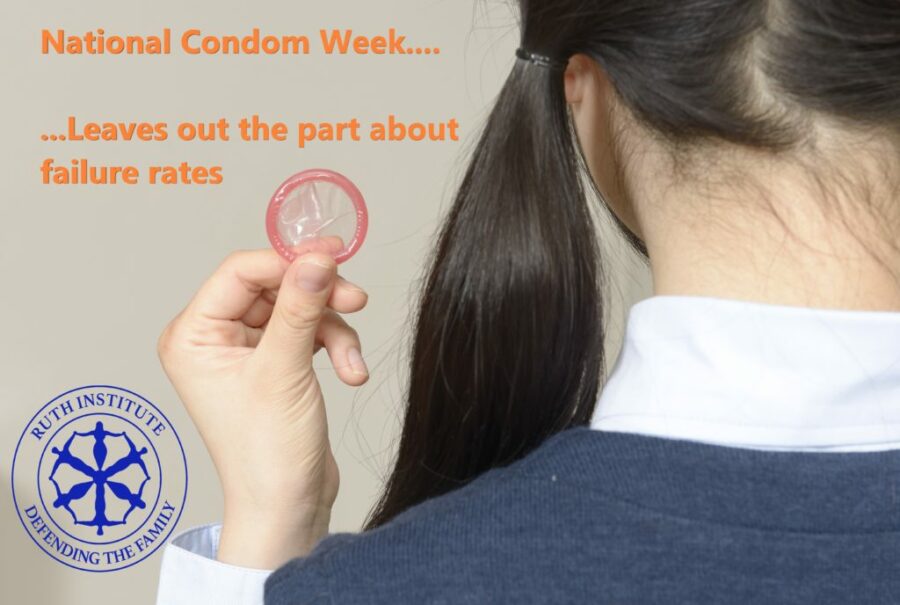 If you use condoms perfectly every single time you have sex, they’re 98% effective at preventing pregnancy. But people aren’t perfect, so in real life condoms are about 85% effective — that means about 15 out of 100 people who use condoms as their only birth control method will get pregnant each year.

“What they don’t tell you is that over time, the failure rate adds up to something much higher. That 15 out of 100 pregnancy rate is for each year of using the condom. Year after year, sooner or later, your chance of getting pregnant goes up. According to an essay in the New York Times, the failure rate after 10 years of typical condom use is 86%. If you roll the dice often enough, sooner or later, you get snake eyes. To suggest otherwise reinforces a dangerous myth,” Morse warned.

“But that’s good business for Planned Parenthood. Most of its income comes from the 345,000 abortions it performs each year. And these abortions are usually the result of a failure of condoms or another form of birth control.”

“When those condoms they encourage inevitably fail, the nation’s largest abortion provider will ‘help’ the woman ‘terminate’ the ‘unwanted pregnancy.’ It’s great for Planned Parenthood, but not so great for the woman whose body is traumatized or the unborn child whose life is ended.”

“In reality,” Morse said, “there is only one type of safe sex: within the marriage of two people who’ve made a lifetime commitment to each other.”

“The Sexual Revolution claims you can have all the sex you want and nothing bad will happen to you or anyone around you. This is a lie. Planned Parenthood is the chief disseminator of this lie. Condom Week, or Safe Sex Week, should be shunned as the fraud that it is.”

To continue the Ruth Institute’s Black History Month celebration, the latest Dr. J Show features Rev. Childress of Montclair, NJ. Once again, one of our African American guests was keen to talk about how Margaret Sanger’s “Negro Project” to exterminate blacks has not gone away. Did you know Adolf Hitler wrote Margaret Sanger a thank you letter for her pioneering eugenicist ideas? Those ideas don’t seem likely to go away, either, when the likes of BLM and Barak Obama ironically partner with and support Planned Parenthood.

Rev. Childress states outright that celebrities “sell their souls” and black ministers have been likewise paid off to support abortion, gay marriage, and even Covid vaccines. His New Jersey governor told African Americans to get the vaccine first. “That’s the same language of the Negro Project and of eugenics,” Childress said.

Childress also shares how he feels about the language of the civil right movement being applied to gay marriage. He talks about ministering to the homosexual population and discovering the high amounts of trauma and abuse in their pasts. Instead of helping these people heal, so many in power are “persuaded by ideology over science or biology,” he says, and more.

Jackie Aguilar of Natural Womanhood spoke at the Ruth Institute’s 4th Annual Summit for Survivors of the Sexual Revolution on the unadvertised harms of artificial contraception, in all its forms, versus the safer alternative of Natural Family Planning.

Birth control has serious side effects, including death, and it alters a woman’s brain, since it affects all hormones everywhere, not just the ones connected to fertility. Women may make different relationship choices while they are on the pill than they would otherwise. Men are likewise differently attracted to women based on the woman’s hormone levels.

“A woman who meets her partner while on the pill, and then stops taking it at some point in the future, may come to realize that she is not as attracted to her partner as she thought because she’s no longer in this chemically altered state.” Watch to learn the full hidden truth about what contraception does to a woman, and to couples.