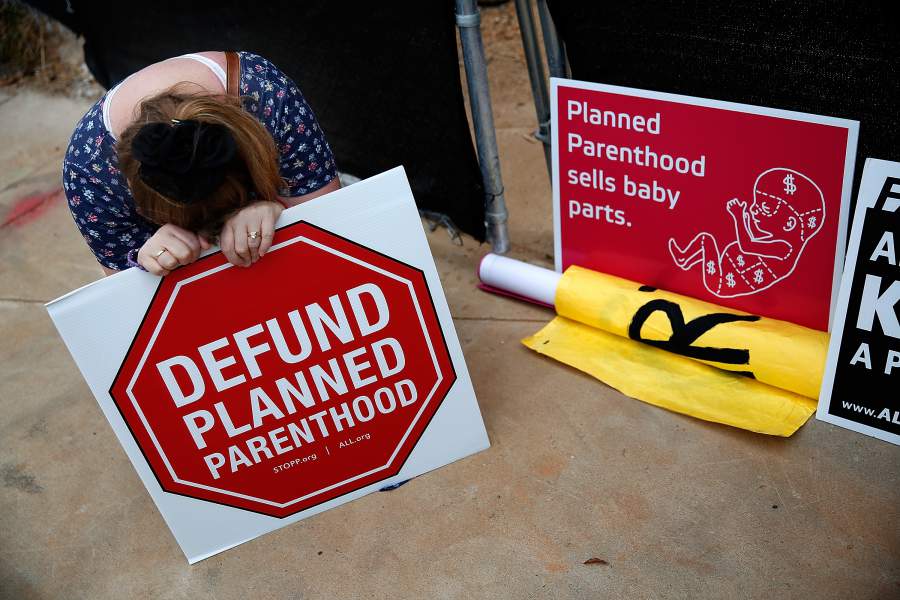 Right to Life advocate Linda Heilman prays during a sit-in in front of a proposed Planned Parenthood location while demonstrating the group's opposition to congressional funding of Planned Parenthood on September 21, 2015 in Washington, D.C.

Planned Parenthood celebrated its 101st birthday Monday, marking the century-long operation of what started as a small birth control clinic in Brooklyn and is now an abortion giant operating in every U.S. state.

“The most merciful thing that the large family does to one of its infant members is to kill it,” Planned Parenthood founder Margaret Sanger wrote in her 1920 book The Wickedness of Creating Large Families, and her corporation has not let her down.

The abortion giant attempts to make light of these numbers by insisting that abortions make up only 3 percent of the services it offers, because it counts an abortion as one service. A woman who goes to Planned Parenthood to receive an abortion also receives a pregnancy test, contraception kit and a pap smear. By Planned Parenthood’s math, aborting the baby is only one-quarter of a woman’s visit.

“This is a little like performing an abortion and giving a woman an aspirin, and saying only half of what you do is abortion,” columnist Rich Lowry wrote in The New York Post.

One year ago today, Planned Parenthood turned #100YearsStrong. Read about the day it all started in 1916: https://t.co/nlqksu4pYZ

The number of other services Planned Parenthood offers also continues to decline. It performed more than a million breast exams in 1999, but only 363,803 in 2014.