A Plan to Save Social Security

Wouldn't you like to see dysfunctional Washington and the anti-Trump news media actually get behind something that benefits the most people? 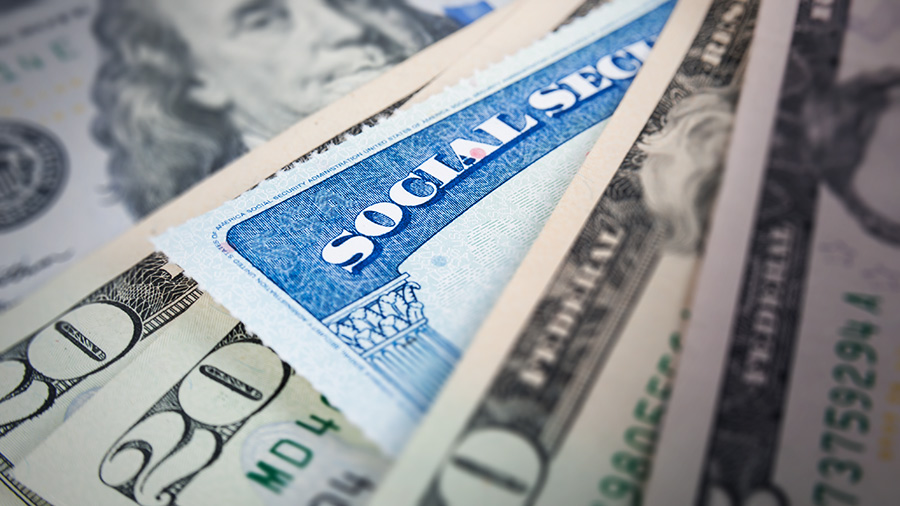 It is no secret that what the major media seem to care most about is radically different from what concerns average Americans. While the inside the Beltway crowd continues to focus on alleged collusion between President Trump and Russia, real concerns like the future of Social Security are ignored.

The Social Security Board of Trustees, a six-member panel who serve the federal government by offering a short-term and long-range forecast on the health of the Social Security program, has issued a new report, which says that while the retirement program will be “cash flow positive” through 2021, it is still in line to run out of money unless taxes are raised, or benefits are substantially reduced.

Financial Planner Ric Edelman has come up with an idea that is so simple and workable it could transform the aging program and make retirement more comfortable and secure for years to come. Full disclosure: Edelman, who has been ranked three times the number one independent adviser by Barron’s, is my financial adviser.

Edelman says reforming Social Security is essential because, according to the Pew Charitable Trusts, roughly 58 percent of workers have access to a retirement plan, while 49 percent participate in one.

Edelman notes that people who do have such plans don’t have much money in them, just an average balance of $159,000, according to the Employee Benefit Research Institute. That amount can only generate a few hundred dollars a month in retirement income, which is why even when Social Security is added to this pittance it can’t adequately provide for the needs of most retirees.

Edelman’s solution? The federal government would set aside $7,000 one time for each child born during the next 35 years. The money would be placed in an investment account managed by a blue-ribbon panel of investment experts appointed by the president and Congress.

After 35 years, the government gets back its $7,000 — increased for inflation — and uses the money to pay for children born during the next 35-year cycle, making it self-funding.

When the child reaches age 70, monthly benefits are provided — equal in income to what Social Security provides, allowing the current program to be replaced with no adverse effect on retirees.

I asked Edelman about the politics of this, since Social Security is considered a political third rail, untouchable, highly charged. “That’s why I don’t propose altering how the Social Security trust fund is managed,” he said, “which is what killed privatization efforts years ago.”

Under his proposal (he calls it the Trust Fund for America), the money would be invested in a diversified portfolio put together by a panel of investment experts consistent with how the nation’s pensions funds and endowments are managed.

To keep the money from being “raided” by Congress, Edelman says each baby would be assigned an individual account, much like an IRA, and would receive annual statements showing the account balance.

Edelman says he is joining the Bipartisan Policy Center, a Washington, D.C.-based think tank that addresses the challenges facing the nation, to focus on fixing the problems with Social Security and ensure a stable retirement program for every American.

Anticipating criticism from the usual suspects who want to use Social Security as a political weapon instead of fixing it, Edelman says, “If anyone complains about my proposal, they need to complain about the nation’s pension plans, too, because I am doing nothing different from them.”

Wouldn’t you like to see dysfunctional Washington and the anti-Trump news media actually get behind something that benefits the most people? If surveyed, I’d bet an overwhelming number of respondents who are fed-up with issues that do not impact their lives, would scream “yes!”