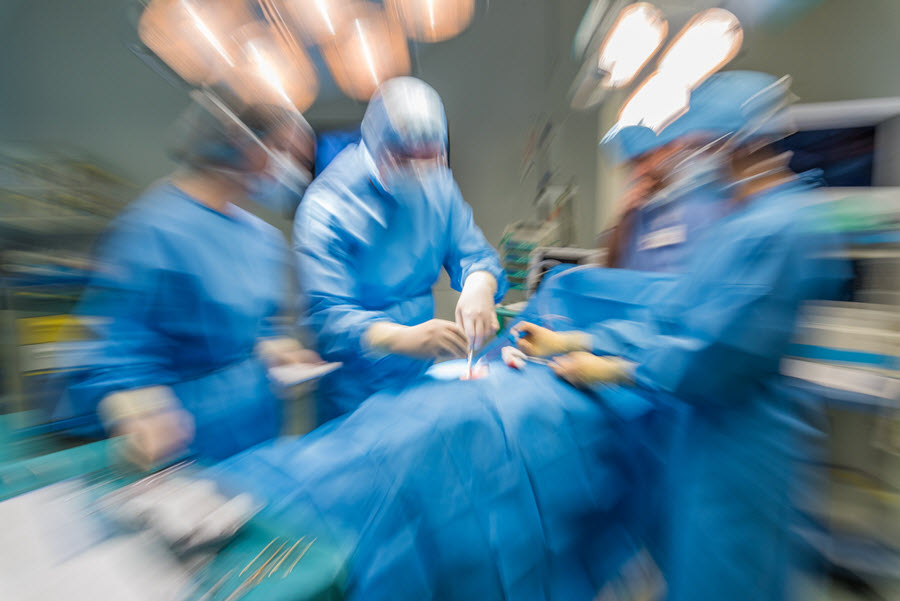 Health and science writer Markham Heid recounts a story from psychiatrist Bruce Greyson’s book After (2021) that typifies the near-death experiences (NDEs) that have excited research interest:

The truck driver’s story sounded far-fetched. The man claimed that in the middle of his quadruple bypass heart surgery — during which he was fully anesthetized and his eyes were taped shut — he had “come to” and found that he was looking down at his own body and the doctors preparing to operate on it. He described the scene in detail, and he recalled that his surgeon had waved his elbows in the air as if he were mimicking a bird flapping its wings.

Later, when asked about his patient’s peculiar account, the truck driver’s surgeon confirmed that he had indeed waved his elbows in the air. He explained that, in order to avoid contaminating his gloved hands before a procedure, he would place his palms on his chest and point with his elbows — an uncommon practice that his patient couldn’t have seen or anticipated.

In a culture which insists that the mind is simply what the brain does, near-death experiences are a challenge — especially because they usually occur when the brain has been damaged or rendered unconscious.

We Now Have More Data

Only in recent decades has a large body of researchable information accumulated — because it was only in recent decades that we could bring many people back from various states we undergo around the time of death. Estimates of the number of survivors of cardiac arrest who were resuscitated and recalled near-death experiences range from 9% (2014) to 10% (2021) Heid cites a 2014 study in the journal Resuscitation in which 1 in 10 survivors reported an NDE and 2% “described awareness with explicit recall of ‘seeing’ and ‘hearing’ actual events related to their resuscitation,” as the truck driver did.

Some types of experience are quite common in NDEs, according to Psychology Today:

The nature of near-death experiences varies from case to case, but some features have appeared in multiple reports. Feelings of peacefulness or serenity are typical in NDE accounts. They may also include vivid imagery, such as bright light, movement through a tunnel, or visions of events from one’s past (also called a “life review”). Some NDEs include “out-of-body experiences,” in which one feels removed from one’s physical body. And some reports describe encounters with other beings, such as loved ones or anonymous entities perceived as angels.

For some, the different elements of a near-death experience may unfold in sequence — for example, passage into darkness, followed by a sense of leaving one’s body and seeing it from outside, and then an apparent encounter with a mysterious being, ultimately ending with a return to regular consciousness.

Materialist explanations of NDEs have focused on the idea that they are similar to drug trips but Greyson points out, “People who have had both an NDE and a psychedelic drug trip say that they are not the same experience. The accurate out-of-body perceptions — you don’t have those with drug trips.”

Here are some other interesting facts about near-death experiences:

● When people claim that they saw colors during NDEs that are not normally visible to humans, there is at least a possible science basis for that. Under normal circumstances, humans do not see the whole spectrum of colors; perhaps altered consciousness during NDEs makes that possible.

● Some attempts to discredit near-death experiences should be treated with caution. At Scientific American, for example, an analysis tried to link them to recreational drug highs, based only on language use.

● Medical scientists take near-death experiences more seriously now because today we know much more about what happens to people when they die — and what we are learning does not support hard core materialism. Near-death experiences are generally seen as real, even among those who would like to provide a materialist account. Research focuses on how to account for them, not on disproving them.

● Some near-death experiences are distressing, particularly in connection with attempted suicides. However, one outcome is that the recovered patient seeks solutions to life’s problems other than suicide: “This is in stark contrast to the normal pattern — in fact, a previous suicide attempt is usually the strongest predictor of actual suicide.”

● Near-death experiences often change the lives of survivors. As Christof Koch, a skeptical scientist acknowledges, “The challenge, then, is to explain NDEs within a natural framework. As a longtime student of the mind-body problem, I care about NDEs because they constitute a rare variety of human consciousness and because of the remarkable fact that an event lasting well under an hour in objective time leaves a permanent transformation in its wake, a Pauline conversion on the road to Damascus — no more fear of death, a detachment from material possessions and an orientation toward the greater good. Or, as in the case of Hemingway, an obsession with risk and death.” Note: Most of the time, it’s the first, not the second, type of change.

One approach to near-death experiences involves rethinking the nature of consciousness. Heid reports:

If NDEs are not the result of “normal brain function gone awry,” what are they? Greyson says one theory is that the brain, rather than creating consciousness, is more like a filter for conscious experience — a filter that blocks out some information while letting other bits through. He says it’s possible that, during an NDE, the brain’s filtering ability may “break down” in a way that somehow allows consciousness to expand.

Whatever its other merits, the theory Greyson outlines addresses the fact that NDEs tend to occur in the absence of measurable brain activity. But that requires us to adopt a different view of consciousness from the conventional explanation that the mind is merely “what the brain does.” Greyson, perhaps wisely, does not offer a definitive account of NDEs but he does not grab a simple way of dismissing them either.

There are, of course, poseurs and impostors out there and much nonsense has been talked about near-death experiences. But one could say the same about relativity theory and quantum mechanics, both of which are well-attested in science. To understand the issues, we must look at honest testimony, scrupulous findings, and careful thought.

For now, it may be wisest to say, with Hamlet, “There are more things in heaven and earth, Horatio, Than are dreamt of in your philosophy.”

Acts of Violence: A Psychologist’s Take on the Making of a Mass Shooter