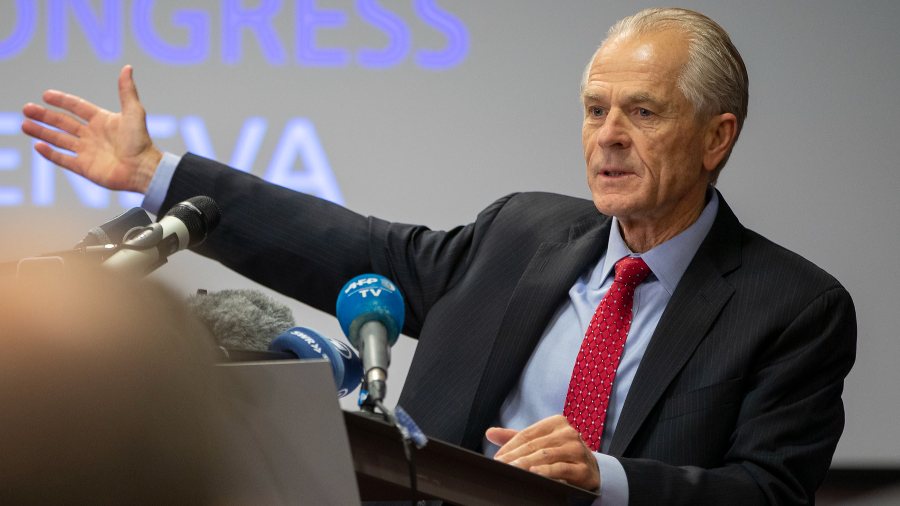 Even some who don’t call themselves conservatives were taken aback by the treatment of former Trump economic and trade adviser Peter Navarro by Nancy Pelosi’s sham January 6 committee, which has charged him with contempt of Congress for not turning over materials and details of private conversations that President Trump maintains are privileged. Both Trump and Navarro also claim the committee isn’t even constitutional, as it violates the separation of powers. In addition, Pelosi hand-picked everyone on it, including the only two “Republicans” she allowed, Adam Kinzinger and Liz Cheney, both viciously anti-Trump.

As I’m sure you know, Navarro was arrested and handcuffed at the airport on Friday as he was about to board a flight to Nashville to appear on my TBN weekend show. This was done even though he‘d told them in writing on Wednesday he’d come in on his own if they asked. He also says he lives in an apartment that literally is next door to FBI headquarters, so he could’ve just walked over, or vice versa. Here’s what he had to say after his arrest, both the video and transcript. Peter has filed a civil suit against the committee.

It could happen to him, or you, or certainly to me. It’s a risk for anyone they see as effective in running counter to their rules and their message.

Here’s what I had to say about it in this weekend’s opening monologue. (I also had a few words for the Michael Sussmann judge and jury.) I hope to have Peter on my show very soon.

Bestselling author and Dilbert cartoonist Scott Adams is one of those who found this committee’s behavior extremely discomforting, and he is not a Republican. In his “Coffee With Scott Adams” podcast on Saturday, Episode 1764 on YouTube, he weighed in. Here’s the link to the entire podcast; below are highlights and our comments.

Did Sussmann Have Shackles?

After describing the manner in which Navarro was arrested, Adams asked, “Do you think they did that to Sussmann? Did Sussmann have shackles; did he get arrested in public?” That question, of course, was rhetorical; not only did law enforcement deal with Sussmann professionally, but the FBI had always treated him like a buddy. Sussmann had his own FBI security badge, free to come and go at their headquarters. According to recent reports, he even occupied the FBI’s “secure work environment” at his law firm, Perkins Coie, with a portal to the FBI database — a highly unusual arrangement. He was that special!

“So I saw Peter Navarro talking about [his arrest],” Adams said, “after he got released, probably on bail, I guess, and [long pause]…did you see this? Can you tell me how this made you feel? Because, I felt something. And I didn’t like it at all. What happened to Roger Stone, I said to myself, ‘Well, this is a travesty, but it might also be a one-off.’ It’s not one-off. Apparently, there’s just a different standard for how the Trump supporters are being treated. This is so clear now…I mean, this is just shocking.”

He continued: “Now, Peter Navarro also has a new book out, called Taking Back Trump’s America, which as of this morning [Saturday] was #4 on Amazon. And I’ve been pumping it up, telling people to buy his book, because it’s how he’s gonna pay for his defense. I don’t know if he can even make enough money from the book, even if it’s a #1 bestseller, to pay for the defense, because the defense is pretty expensive, but I thought, ‘I don’t like where this went. I don’t like what my government did, and I would like to push a little power back in his direction.’”

He said that “as one small thing” he could do, he’s been tweeting support for Navarro’s book. “I’ve pre-ordered it,” he said, “and I’d recommend that you do the same. If it gets to #1, then his defense will be bolstered, both financially and in the public, and I think that that’s the appropriate way to handle this.”

Adams then went off on an interesting tangent, saying he can see why some might not support Trump, “because he was divisive,” but explaining why he supported him in 2016: “I wanted him to break everything. Because everything needed to be broken…And in a large way, I got what I wanted. He did demolish everything…[chuckling] not without its cost. It’s not free to demolish stuff…But there wasn’t any chance they could keep working the way they were working. So we needed somebody strong enough to just break the system, and…I think he did that, in a number of ways.”

He said that thanks to Trump, “there are things that we think about differently, permanently now…so we understand ‘fake news,’” etc.

“But this Peter Navarro thing is almost like a Bat-call for Trump,” he said. (He’d also like to hear Ron DeSantis’ take on it.) “But if Peter Navarro ends up serving jail time or something, for this — what appears to be hunting Republicans, you know, the whole January 6 witch-hunt sort of thing, which is not to say there weren’t bad people who need to be brought to justice; everybody understands… this feels as though it could happen to me. Like actually, literally me. Actually, I saw myself in chains.”

Adams is right to consider that possibility. It could happen to him, or you, or certainly to me. It’s a risk for anyone they see as effective in running counter to their rules and their message. I would add that those who, like him, have a history of leaning left are particularly at risk. These one-time leftists who have had epiphanies — Brandon Straka of #WalkAway is a great example — are well aware of the hatred directed at them now and how the legal system has been turned against them.

Here’s Straka on my show a few weeks ago, describing how he was treated.

As for Adams, he doesn’t “mind a good fight, so let’s bring that on.” He added later in the show that if Navarro goes to prison over this, he’ll likely support Trump, as it would show things still really need to be broken, “though there is a risk of him over-breaking it.” Adams thought DeSantis might also be able to do the necessary breaking but that he still needs to prove himself to be strongly pro-free speech.

House Minority Leader Kevin McCarthy appeared on Sunday Morning Futures to explain what’s twisted about Pelosi’s committee and also to provide more details about Navarro’s arrest. Apparently, law enforcement followed him on his ride to the airport to arrest him there and “make a scene and to handcuff him.” He added that with their plan to hold prime-time public hearings, they’re showing themselves to be “a political committee going after their opponents and trying to raise money.”

To end on a high note, the GOP is not taking this lying down, and they’ll be running rapid-response programming during the Democrats’ kangaroo-court proceedings. New York Rep. Elise Stefanik is presiding, and she’s guaranteed to shine. They’ll address what Nancy’s committee should investigate but won’t: how security at the Capitol Hill rally was completely botched, a disaster. Here are the details.