He is Perfect, and He’s Perfecting Us 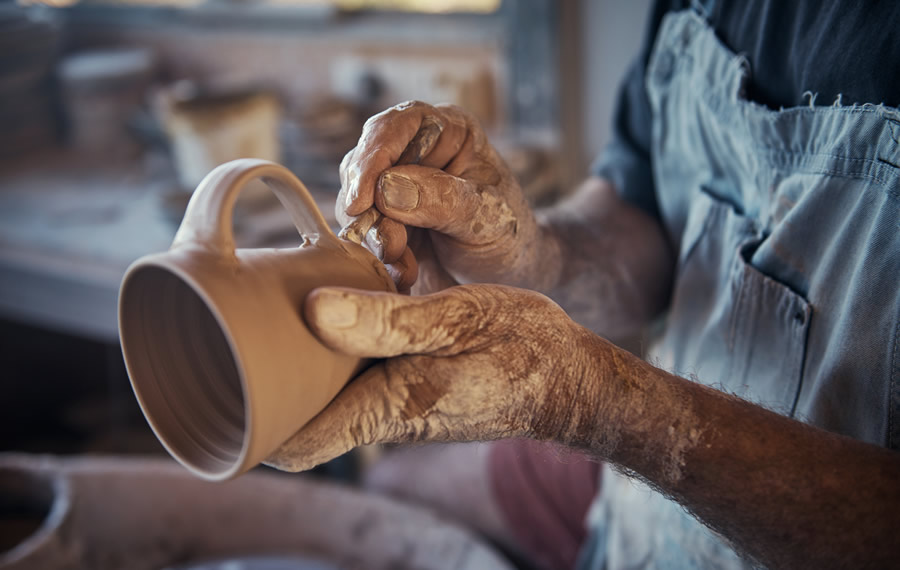 “Day has begun and I’m already sinning
Help me to change this heart that I have
Lord, help me taste of the grace that you’re giving
I want to be a spiritual man.”
— Chuck Butler, Let the Old Man Die

The harder I work to be saintly, the more aware I am that I’m not. Sanctification is frustrating.

It’s like cleaning a messy house. When you’ve let it go for awhile you get used to the clutter. Then when you finally start cleaning up one room, the messes in the other rooms stand out all the more, so you clean them, too. Then you notice the piles in the garage, and the cobwebs in the laundry room, and on and on it goes. The more you clean, the dirtier everything seems.

That’s why I take special comfort in what David said about all of this: “The Lord will perfect that which concerns me.” (Psalms 138:8)

‘For It is God Who Worketh in You’

I love remembering the fact that He who began a good work in me is not pacing the floors of heaven worrying about my future.

I can find valid reasons in my past and my present for giving up on me, plenty of them already displayed today between the time I got out of bed and the hour I began writing this post. I woke up a rebel and was turned around, for the millionth time, then harnessed again into discipleship.

I find it incredibly reassuring to look at His perfecting work. It’s a work He originally desired, not me.

There’s the daily mystery David talked about, which all of us belonging to Him experience. He perfects that which concerns us, shepherding us with or without our permission, having given us a nature that can’t be satisfied with sin and that does, indeed, crave holiness. (Romans 6:2)

We prove it so often, so regularly, that I find it incredibly reassuring to look at His perfecting work. It’s a work He originally desired, not me. “For it is God who worketh in you both to will and to do His good pleasure,” Paul said (Philippians 2:13).

Important point, that. If I so much as will to do his good pleasure, that alone is evidence He’s working — present tense — in me.

History proves I won’t, on my own, have the slightest desire to do, much less live in, righteousness. So I clearly didn’t come up with the plan for Joe Dallas to even want what’s right. He did.

In fact, He did it in a rather “show off” way — God being quite entitled to show off, having bragging rights and all. The word “worketh” which Paul uses here is translated from the Greek energeo — meaning, among other things, “To display one’s activity; show one’s self-operation.”

Beautiful. God is displaying His activity in you and I, showing His self- operation by giving us a desire for Him and His ways, despite the draw that other “ways” may now have in our lives. The conflict between flesh and spirit is, in fact, proof of the Spirit residing in us. Otherwise, why the conflict?

The energeo — that awesome, godly energy churning inside we who are His Temple — doesn’t let us wander too far, for too long. We want His will despite our own, knowing there’s no lasting peace apart from it, and He shows His self-operation by overriding, time and again, our self-will.

We struggle. He wins. And when He wins, don’t we all?

I once rented a house which was quite a disaster, but I saw potential, and for a reduced rate, agreed to clean the place up.

The front yard in particular was thrashed, brown and crusty with no life, a wasteland. I took special pleasure in tilling, pruning, weeding, planting and nurturing it until the whole darned street saw something green where there’d once been desert.

That spoke well of the gardener, not the yard, so the gardener strutted, ridiculously pleased with himself. “Yup, that’s my handiwork!” I’d say aloud every time I drove up to it — knowing it not only pleased me, but drew attention to my abilities. My abilities, not the yards’ — which could have done nothing on its own.

He is perfect, and He’s perfecting us. Every day that the bit is turned in our mouths and we yield is yet another testimony to His perfecting.

But God’s no strutting fool puffing His chest out over a bit of fertilized earth. He did infinitely more by taking something alive-but-dead, giving it His nature and, through love and the greatest sacrifice, wooing it unto Himself with irresistible grace. Fashioning an unwashed dog into a sheared, but compliant, lamb so the whole darned world can see something green where there’d once been desert — speaking well of the Potter, not the clay, drawing attention to His abilities. (“Yup, that’s My handiwork!”)

He is perfect, and He’s perfecting us. Every day that the bit is turned in our mouths and we yield is yet another testimony to His perfecting. So with that settled, I’m up now — properly focused, ready for the day.

I trust that you are, too. So let’s both go show the neighborhood what the Gardener did.