When someone says that America is terrible, you should ask, "Compared to what?" 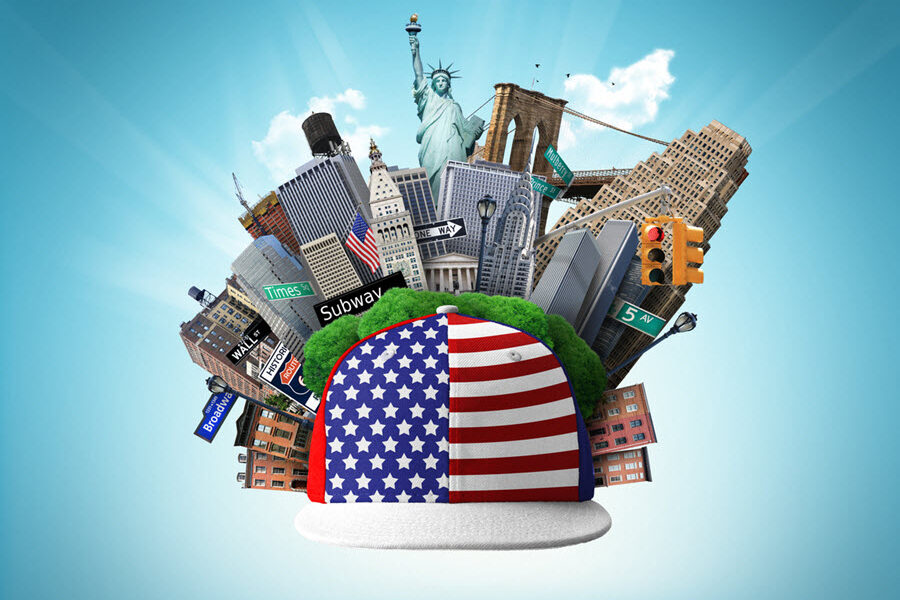 After the policeman Derek Chauvin was found guilty on all counts for the wrongful killing of George Floyd, a progressive member of Congress said, “It’s not justice because justice is George Floyd going home tonight to be with his family.”

That sterling assessment led people to wonder whether any judge or jury has ever, in recorded history, achieved justice. What does it mean for a society’s lawmakers to redefine “justice” as the total prevention or undoing of crimes?

You may have heard Voltaire’s line that “the perfect is the enemy of the good.” That nugget of common sense points to a logical error called the “perfectionist fallacy,” or sometimes the “utopian fallacy” or even the “nirvana fallacy.”

We can define it this way: Any solution that does not achieve a perfect outcome should be rejected.

The world is imperfect, “fallen” to use biblical language. Every “system” will need reforming over time.

We can also characterize it as a type of false dilemma:

The problem, of course, is with the first premise. No policy is likely to solve a problem perfectly.

The issue isn’t always a specific policy or solution. The same error is present in the form of unfair criticism of a person or group, the idea being that the person or group is terrible and should be condemned because of their track record falls short of perfection. This is the most common version of the fallacy that we see today.

Down With All (Imperfect) Systems!

Once you’re aware of this fallacy, you can’t help seeing it everywhere today. Marx famously called for the “ruthless criticism of all that exists.” It’s a trademark of activists’ rallying cries, to “dismantle” all systems and structures they believe are evil. They include:

Debating each of these comprehensively would be a book-length exercise. We can deal with them quicker by noting that they all share the perfectionist fallcy.

Every time we evaluate some system or tradition we must ask what standard we’re judging them against? Do we expect perfection?

Would I expect, for example, a perfect record of zero mistakes (or even willful misconduct) among any of the nearly million police officers serving in the US? Should I expect free market capitalism to result in equal incomes and assets for all 330 million American citizens? Would we expect prisons to reform all inmates, or to have perfectly equal racial and ethic distributions in their populations? Do you expect a pristine history of sinlessness among the entirety of your ancestors and forebears?

The answer is obviously no in each case, yet the fallacy persists. Let’s examine each of the things criticized above.

Is the entirety of American law enforcement corrupt, shot through with racism? Compared to what?

If you’ve been traveled much at all, you know that law enforcement officers tend to be corrupt. I’ve been to places where you carry “bribe money” for traffic cops every time you travel. The corruption is built-in and assumed, virtually “a feature, not a bug.” Police in many countries can beat you in the street for nearly any reason, and you have little recourse if they do.

If you think there’s too much brutality in American policing, first check your facts; then ask the citizens of Egypt, Sudan, South Africa, Haiti, Russia, Mexico, Iran, Brazil or China, to mention only a few of those deemed among the worst.

Is it an unfair system that oppresses the majority with poverty? Compared to what alternative?

Massive economies like those of the populous nations of the modern world are not easy to maintain. The consumer-based, private business-driven, free market economy has its problems, but it’s also made the U.S. extremely prosperous overall. There is a reason the U.S. is the top destination for actual and would-be immigrants from around the globe.

Extreme poverty has been an ugly reality going since the first days of history. Today it remains a cruel reality for millions across parts of South America, South Asia and Sub-Saharan Africa. Centralized economies based on Marxist principles are largely to blame, routinely collapsing into unspeakable human suffering and atrocities.

The free market, for all its flaws, has created a thriving middle class in more than one nation. As the late Michael Novak famously wrote,

Of all the systems of political economy which have shaped our history, none has so revolutionized ordinary expectations of human life — lengthened the life span, made the elimination of poverty and famine thinkable, enlarged the range of human choice — as democratic capitalism.

Are they cruel dungeons of oppression with disproportionately non-white victims? Again, to what other method or system of dealing with convicted criminals shall we compare our own?

America’s has a hight incarceration rate, with non-white inmates over-represented as measured against the population as a whole. But the missing number is always crime rates. If those are similarly disproportional, then the incarceration rate disparity is a moot point.

Most people agree that reform in this area is needed. It shouldn’t sit well with anyone that we have so many people locked up. Many administrations have made efforts at prison reform of one kind or another, as Trump’s administration did in 2018 with the “First Step Act.”

These are good steps, even if not perfect. In perfect world, no prisons would exist. In the real world, they are an unfortunate necessity.

Is it a terrible story of injustices? Compared to what other history of what other people or nation?

The primary issue here is slavery and the period following it. Americans know the shameful details well. We also know about wars with natives, along with failures to honor treaties, the ravages of European diseases, and other lowlights.

Compared to a true utopia, it’s egregiously horrible. But what about compared to other nations’ histories? If we examine history “warts and all,” then we don’t neglect the “warts,” but nor do we fail to put them in perspective of the “all.”

Slavery was not unique to America, in fact it was more the rule than the exception. It’s been practiced on every continent through all the ages. Africans enslaved fellow Africans. Arabs came into Africa and took out slaves for centuries before Europeans came to the continent. North African Muslim pirates raided Iceland and Ireland, carrying many white Europeans into bondage.

Slavery in the Americas preceded European contact — see the history of the Aztecs for the most brutal episodes. Most of the Africans that were carried to the New World went to places other than North America (the majority to Brazil). Some Native Americans owned slaves. Some freed blacks bought and owned slaves.

The New World’s trade in African slaves ended following decades of intense campaigns by British and American Christian activists. Arabs, however, continued their own land-route slave trade from Africa for many years thereafter. Some American founders were decidedly abolitionist. The Virginians (like Washington and Jefferson) who inherited land with slaves, still disliked it. They wanted to see it ended. They embedded that desire in the country’s founding documents, in the form of principles that proved to be slavery’s ultimate undoing.

And slavery is as real today as ever. It is estimated that more slaves exist in the world today (many of whom are from Africa) than were taken in all of the years of the infamous Trans-Atlantic trade. For more details, you can listen to the lengthy audio of Thomas Sowell’s great chapter on the subject.

Is the whole thing an oppressive tradition and culture of colonialism and white supremacy? If so, compared to what major tradition of civilization? Which one is better?

Many traditions of the peoples of the world are on a smaller scale — they are tribal. Histories like those of the Western world, China and India are histories of large civilizations stretching back to antiquity.

Western Civilization includes the Hebrews, the Greeks and Romans, then Christianity, centered mostly in Europe but partly in the Byzantine East. You see it in the early universities, the Middle Ages (which added Islamic empires in the West), great architecture, progress in sciences and technology, the Renaissance in the arts, Shakespeare, an Enlightenment in philosophy, the printing press, a Reformation of spiritual and theological focus, modern medicine, exploration of the world, an Industrial Revolution, parliamentary democracy, free markets, trial by jury, ideas of human rights, etc.

But what about the many faults of this tradition over the years? What about wars, “Crusades,” witch-burnings, the Inquisition, colonizing other lands, slave trading, and other sins of record?

It is true that a perfect civilization would have done none of those awful things. If only such a civilization existed. As it is, any study of other civilizations, or even tribal histories, reveals the same human failings: wars, episodes of brutality, rebellions, empire-building, conquests and colonization of neighbors, slavery, and so on. India has had its caste system for thousands of years.

Failures, Yes, But Look at the Rest!

None of the negative things in Western history are unique to the West. What does qualify as unique are notions of equality under the law, the use of the legal system to bring about the end of slavery, diplomacy instead of war, emphasis on literacy, representative democracy, astounding advances in the sciences and technology, libraries of great literature, and singular worldview features owing to Christian theology.

And to be clear, Western Civilization is not a “white” thing, since it has included multiple people groups and languages from the ancient Mesopotamian region, North Africa, the Middle East, Greek mainland and islands, parts of Northern India, vast Russia, culling together slavs, Franks, Arabs, Turks, and others, then extending across the globe. Western tradition belongs just as much to the millions of people on other continents today (like across Central and South America) who are part of it as to anyone whose skin tone more closely resembles the Saxons of fifteen centuries ago.

Bottom line: Everyone who is short-sighted and historically naïve enough to curse and repudiate Western Civilization must take for granted all of his or her unearned gifts acquired from that  civilization.

The world is imperfect, “fallen” to use biblical language. Every “system” will need reforming over time. Any system that gets bad enough may need to be replaced entirely. But if your standard is perfection, and everything short of that has to burn, then you will soon die along with everyone else in the world-wide fires you set.