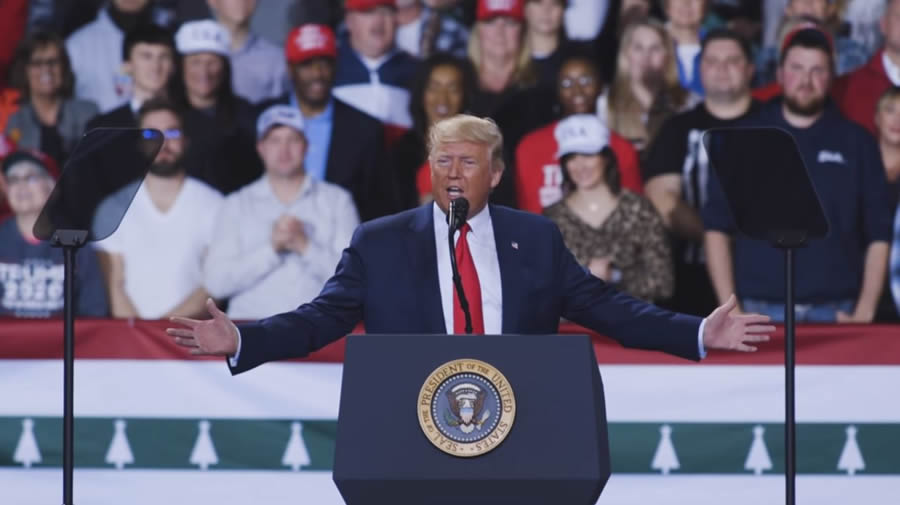 Nothing has done more to unite Republicans — from GOP congressmen in Washington, D.C., to malodorous Walmart patrons in rural America — than the Democrats’ quixotic, vendetta-fueled crusade against President Donald Trump.

Trump’s election was a seismic blow to the left, which has paralyzed it with hatred and reduced it to a gigantic mob of bloated self-importance and radical opposition.

Have you ever heard congressional Democrats pay such homage to the Constitution? A Martian visitor to the House Democratic impeachment speeches might conclude that he happened upon a cult of constitutional originalists — that earthling James Madison’s ghost had possessed every last one of them.

If I hear the words “threat to our democracy” one more time, I might just have to surrender out of sheer listener fatigue. You have to admire their energy.

But even if their phony case against Trump on Ukraine weren’t so specious, an objective observer would be skeptical of their good faith, given their nonstop, three-year impeachment quest over things too trivial to be admitted out loud, and their ever-changing charges against Trump.

Despite all their professions of love for “our democracy,” they are fair-weather supporters of our system and of the people’s will, flouting the system whenever it serves their ends. They are authoritarian bullies who believe people with different views shouldn’t even be entitled to speak in certain quarters, and certainly shouldn’t be allowed to elect a president who will implement those views.

They must believe that when they feign undying allegiance to constitutional principles with which they’ve never flirted, much less asked to the prom, we will believe they mean it — as opposed to recognize they’re implementing an Orwellian strategy to disenfranchise us while pretending to safeguard our system. They must think that if they keep hectoring us about how despicable Trump is, we’ll finally be swayed to their position, even though their contempt for Trump reveals their similar disdain for his 63 million supporters.

Indeed, their arrogance and authoritarianism, and their contempt for flyover country and conservative America, were major factors in Trump’s election. These are among the principle drivers of their endless refusal to accept the 2016 election results. And we still see right through them.

The Democratic impeachment cabal has been hyperventilating over a supposed constitutional crisis, but can you imagine what might happen if Democrats were to have control of both chambers of Congress with a Republican president? They might oust him before he has taken one presidential act. Their rationale could be that rational people couldn’t possibly have elected such an unpresidential maniac; therefore, the election must be presumed invalid. If you think about it, that’s really been their rationale for impeaching him all along, and it explains why they have never been too particular about any of their bogus bill of particulars against him.

Yes, everything is urgent to them when it comes to Trump. He is so bad — such a threat to the republic — that it is imperative they remove him yesterday, so critical that they have virtually ignored their proper legislative duties for two years. And yet House Speaker Nancy Pelosi is now saying she won’t submit the articles of impeachment to the Senate? These Democrats always assume that our memories expire in 24 hours.

Once again, their lies are too obvious to pass the laugh test. At the very time Pelosi and her merry band of pseudo-guardians of the Constitution were yelling about urgency, they were planning their disgraceful stunt to withhold the articles from the Senate, which confirms there was never any urgency with the impeachment. The urgency was to further smear Trump and taint his legacy. The urgency was to distract the public’s attention from the damning revelations of the inspector general’s report. The urgency is the poor health of Supreme Court Justice Ruth Bader Ginsburg.

They pretend they are bargaining for fairness in the Senate, but they have no authority over the conduct of the Senate trial. And where were their concerns for fairness during their lawless show trial in the House?

Everyone understands this isn’t about fairness in the Senate. It’s about more unfairness from the House, where Democrats seek to preserve their official impeachment libel by denying Trump his right to vindication in the Senate. Only their side is entitled to due process, fairness and common decency. It wasn’t enough that they ran roughshod over procedural norms in the House; they believe they can extend their long arm of wickedness into the Senate. But like all of their other ploys, this, too, will fall flat on its face.

We can only hope that Pelosi’s charlatans persist and double down on their malfeasance, as their impeachment charade has exposed them as the political cutthroats they are, and severely damaged their credibility and, more importantly, their electability. I can’t remember a time when Republicans have been so united and energized. At this rate, the Democrats will not only lose the presidency again but also lose both houses of Congress.