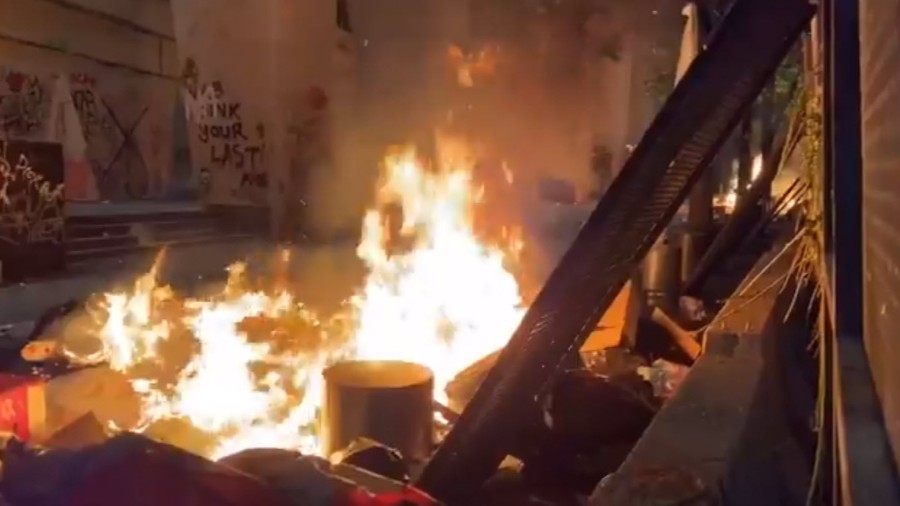 I confess. When I was in school I didn’t pay much attention in English class. I suspect the cloakroom would have gotten more votes than me in a “Most Likely to Become a Professional Writer” contest. I consider diagramming sentences to be a form of torture worse than waterboarding. Even my Cliff Notes of the classics needed Cliff Notes.

Still, I think I had a decent handle on basic vocabulary. For example, the word “peaceful.”

I could grasp the dictionary meaning. “1. free from disturbance; tranquil. 2. not involving war or violence.”

I could use it in a sentence: “After the angst and chaos of finals week, I’m looking forward to a peaceful weekend.”

Though I wasn’t huge on the Eagles, I could still sing, “I’ve got a peaceful, easy feeling.”

The definition of “peaceful” has been radically altered by the Left and media. Now I have a very uneasy feeling.

The media tells us the protests in Portland (and elsewhere) are peaceful. Or at best “mostly peaceful,” which is one awful euphemism. Read this tweet from ABC News carefully. “Protesters in California set fire to a courthouse, damaged a police station and assaulted officers after a peaceful demonstration intensified.” That’s like tweeting, “Japan Bombs Pearl Harbor After Peaceful Flight Intensifies.” It’s not just Orwellian. It’s Swiftian.

Protesters in California set fire to a courthouse, damaged a police station and assaulted officers after a peaceful demonstration intensified. https://t.co/fUZTABUM21

This is peaceful. From the Portland Police Bureau: “On July 26, 2020 while Portland Police were investigating a shots fired call near Lownsdale Square Park a passerby pointed out a suspicious bag to them. Police examined the bag and found that it contained loaded rifle magazines and Molotov cocktails.” Rifle magazines and Molotov cocktails are “peaceful.” 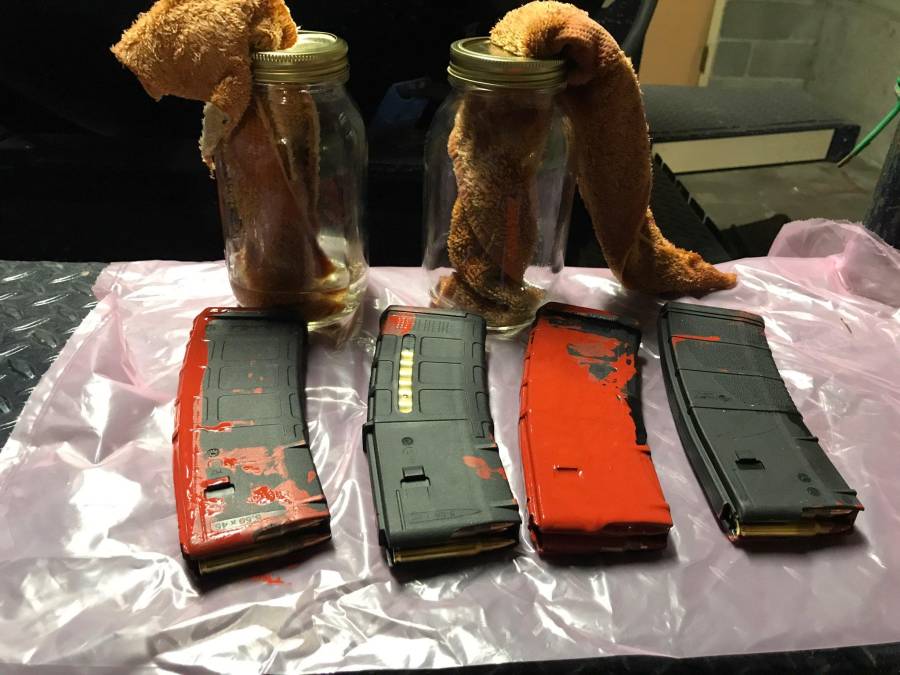 This is peaceful. Three federal agents blinded for life is “peaceful.”

These are the types of high powered lasers rioters have used to damage the eyes of law enforcement. #PortlandRiots #antifa pic.twitter.com/Es5bieo2LO

This is peaceful: 49 Chicago police officers injured is “peaceful.”

Chicago Police attacked with bottles and fireworks by people who are at a Christopher Columbus statue. pic.twitter.com/9rwZEOmcK4

This is peaceful. A driver accelerates into a crowd at a pro-police rally in Colorado. Meanwhile, a truly peaceful protester, noted black Trump supporter Bernie Trammel was assassinated in Milwaukee in cold blood.

This is peaceful. From Associated Press reporter Mike Balsamo, who was camped inside the federal courthouse in Portland this weekend:

Mortars were being fired off repeatedly, fireworks & flares shot into the lobby, frozen bottles, concrete, cans & bouncy balls regularly whizzed over the fence at high speeds.

I spent the weekend inside the Portland federal courthouse w/ the US Marshals. Mortars were being fired off repeatedly, fireworks & flares shot into the lobby, frozen bottles, concrete, cans & bouncy balls regularly whizzed over the fence at high speeds. https://t.co/PU4xbzwniY

And yet, Democratic Rep. Jerry Nadler, one of the most powerful members of congress, calls this violent uprising a “myth.”

I ran into Jerry Nadler in DC and asked him to disavow the Antifa violence/rioting in Portland.

Yesterday, the body of civil rights pioneer Rep. John Lewis was carried across the rose-strewn Edmund Pettus Bridge in Selma in tribute. The civil rights movement was a peaceful movement. One dedicated to non-violence. Their peace, born out of the church and based on Jesus Christ, was met with violence. But they didn’t answer violence with violence. Or gouge out an eye for an eye. And they changed our nation for the better.

As Lewis and Rev. Martin Luther King proved 60 years ago, truly peaceful protest can bring peace.  Today, resurrection power can defeat insurrection violence. It takes time and bravery. And the courage to step onto the bridge.

Watch these believers at a BLM rally.

A group of about 20 Christians have entered the BLM rally in DTLA today and started praying over the protestors and stating BLM is a “Satanic” Organization.

The group is consistently being attacked and assaulted but they continue to pray over the crowd. pic.twitter.com/xOBdJXqCey

Read Louis Capet’s story on The Stream about a brave group took on the mob in St. Louis armed only with God and prayer.

Return to the intersection where George Floyd was killed, and the gospel is preached and people are healed.

The lesson is clear. But for the intervention of the Prince of Peace, there will not be peace. No matter how you word it.

The Problem in Portland Isn’t the Law, It’s the Lawlessness