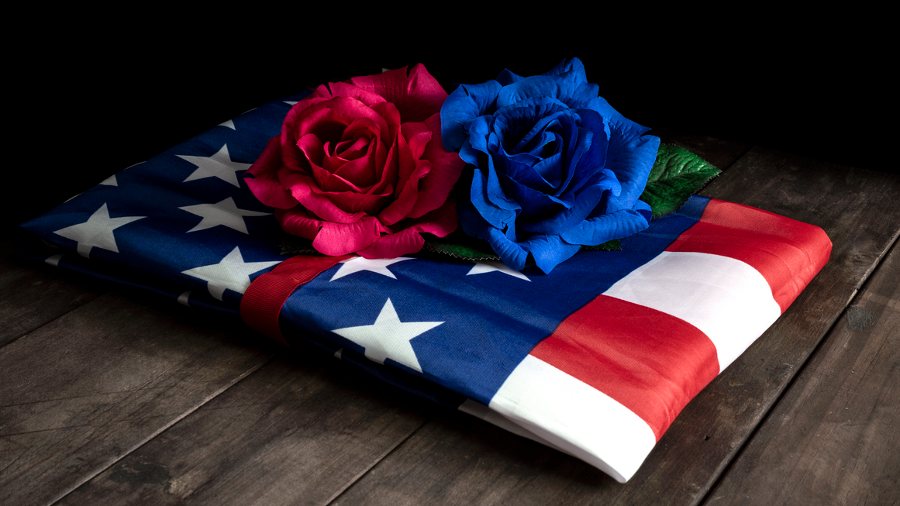 Is peaceful dissent to be shut down merely because it is politically incorrect and goes against the elite’s view of what is just and unjust?

In his End of the Day Report, Gary Bauer often notes that the left doesn’t want to win the debate. The left wants to shut the debate down.

Shutting Down the Debate

We can see an example of that in the recent case of the rise and fall of the peaceful protests of the Canadian truckers.

For the first time since it was passed in 1988, Canadian Prime Minister Justin Trudeau invoked the Emergencies Act to shut down the protests of the Canadian truckers.

There’s a reason that Justice, as portrayed in the statues as a robed woman holding scales, is blind.

To see how far to the left Trudeau is, note what he proclaimed in 2016 upon the death of the notorious dictator who brought communism to Cuba:

Fidel Castro was a larger than life leader who served his people for almost half a century. A legendary revolutionary and orator, Mr. Castro made significant improvements to the education and healthcare of his island nation.

Why did the truck drivers protest in the first place? They resented being forced to be double-vaccinated against the coronavirus. Some of them apparently were vaccinated, but they resented the vaccine mandate as an encroachment on their freedom.

They stuck to their peaceful protests until the Canadian government swooped down on them with horse-mounted police. Once the protests had been gutted, Trudeau initially clung to keeping the Emergencies Act in effect.

In the Canadian Parliament, Senator Denise Batters remonstrated against this measure on 2/22/22. She said:

What a sad day it is, honorable senators, when it has come to this. That this Trudeau government has invoked and employed the Emergencies Act on Canadian citizens before it could even be voted on in Parliament. Tear gas and batons and lines of police to shove back protesters chanting for freedom. Truck windows smashed, bank accounts frozen, promises to hunt down even those who chose to leave the protests voluntarily, and even now with the bridge blockades in Ottawa’s protest cleared, the prime minister can’t tell us when the Emergencies Act and its extensive government power will be lifted, only that his government plans to make some of the features of those powers permanent.

The next day, thankfully, Trudeau relented and revoked keeping the Emergencies Act in effect.

There seems to be a double standard when it comes to truly peaceful protests versus the violent ones. Since the death of George Floyd in Minneapolis at the hands of a policeman (now convicted of manslaughter), there have been hundreds of protests across the United States.

They have resulted in the deaths of a few dozen people and in property damage worth approximately $2 billion. Just within two weeks of Floyd’s death, Forbes reported that 19 people died in protests.

To this day, there have been various ongoing protests by Antifa in Portland, Oregon.

Yet these “mostly peaceful protesters,” as the left disingenuously calls them, have only received a collective slap on the wrist, despite all the deaths and billions in property damage. What a contrast to the January 6, 2021 Trump supporters who stormed the U.S. Capitol to try and stop what they thought was an electoral theft by the left.

What a double standard — and if it continues, it puts freedom at risk.

Equal Treatment Under the Law

The great 19th century American statesman, Daniel Webster, once noted this about the United States:

We live under the only government that ever existed which was framed by…deliberate consultations of the people. Miracles do not cluster. That which has happened but once in 6,000 years cannot be expected to happen often. Such a government, once gone, might leave a void, to be filled, for ages, with revolution and tumult, riot and despotism.

Part of the reason the American experiment of the founders has proved so durable over time is the biblical undergirding of our Constitution. Our founders knew that man is sinful and that power must be divided.

James Madison, a key architect of the U.S. Constitution, once said in Federalist #47:

The accumulation of all powers, legislative, executive, and judiciary, in the same hands, whether of one, a few, or many, and whether hereditary, self-appointed, or elective, may justly be pronounced the very definition of tyranny.

There’s a reason that Justice, as portrayed in the statues as a robed woman holding scales, is blind. In the Western system of law, which has been applied in both the U.S. and Canada, all people are to be treated equally under the law.

We can’t have two systems of justice — one for the politically correct elite and another for the “unwashed” masses.

The Land of the Free

Forced Vaccinations: The Civil Rights Battle of Our Time?