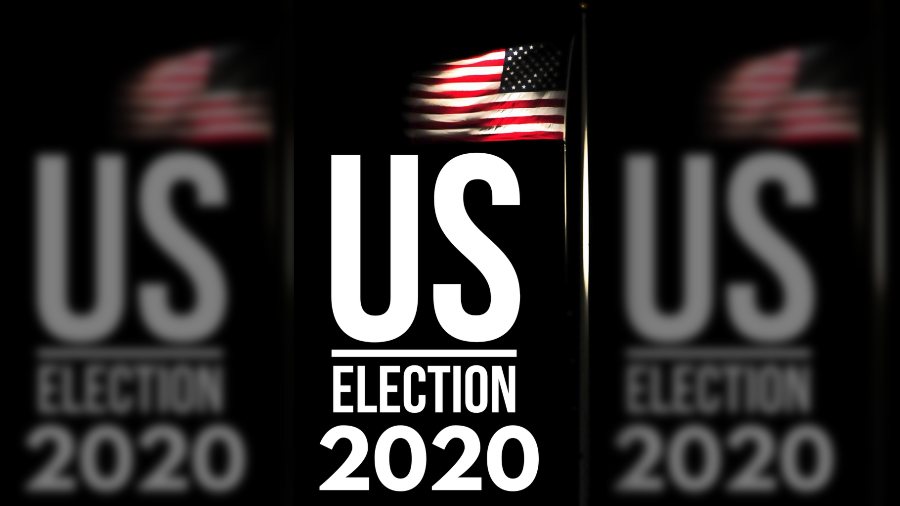 Entrepreneur and election sleuth Patrick Byrne has a new ebook, called The Deep Rig: How Election Fraud Cost Donald J. Trump the White House, by a Man Who Did Not Vote for Him. I’m kind of surprised that the book — at this writing, at least — is listed on Amazon.com, but here it is. I hope it’s still there when you try to go to it.

Here it is at Barnes & Noble…

And in case it goes away, Byrne’s own website should have a way to obtain it…

A Story That Was Being Suppressed

You’ll no doubt recall Byrne, best known for starting Overstock.com, from his appearances on Fox News in the days after the election. He was trying to prove the allegations that the machines provided by Dominion Voting Systems could be hacked. It was his company that had been hired in the state of Texas, mostly Dallas County, to evaluate the Dominion system and found major security flaws in 2018 that convinced election officials not to use it.

We wondered if Byrne had been sued by Dominion, and did find one story from about a month ago saying he was on a list of targeted persons whose posts to various social media platforms should be preserved in case there’s a lawsuit. But we haven’t found signs that they’ve actually sued him.

Until we can have a complete forensic analysis of the ballots for 2020, we will not know what really happened. But we will have our suspicions.

I’d assumed Byrne voted for Trump, but it turns out he’s a Libertarian and apparently went with that choice instead. (Note: if more like him had gone ahead and voted for Trump, it would have been a lot harder for Biden to get to the White House, cheating or no cheating.) Still, Byrne has come away from his experience believing that the election was rigged. Considering that he personally had no partisan stake in the outcome, he should be thanked for getting involved and trying to expose a story that was being suppressed. We weren’t supposed to be looking at it, or talking about it, or tweeting about it, but here we are.

A blurb from the listing says,

In this book, he explains what caused him in August 2020 to study election fraud, and what really happened during the 2020 election. He describes how his team of ‘cyber-ninjas’ unraveled it while they worked against the clock of Constitutional processes, all against the background of being a lifetime entrepreneur trying to interact with Washington, D.C. This book takes you behind the headlines to backroom scenes that determined whether or not the fraud would be exposed in time, and paints a portrait of Washington that will leave the reader asking, ‘Is this the end of our Constitutional republic?’

How Do You Figure Out a Magic Trick?

We sure as heck aren’t going to get the story from the news media. I won’t say that Biden did not win more votes in those swing states than Trump did because I don’t have definitive proof. But it seems darn near impossible that he received more votes than any candidate in history, more than either Trump or Obama, even though that is claimed. The lack of transparency is shocking — thank you, Supreme Court — and if that’s not fixed, we’ll never trust our elections again. The Republic will not endure without that trust.

If Biden couldn’t have won as many votes as is claimed, the conclusion can only be that it was an illusion, like a magic trick. How do you figure out how a magic trick was done? Well, you start with the idea that it is a trick — you understand that there’s a secret to it, and you don’t give up until you find that secret. Byrne thought he knew what Democrats planned to do even before the election, starting even then to “reverse-engineer” it.

I haven’t yet read the book, but it’s said to contain the evidence no court would look at. Being digital, it also contains links to sources. Much of the information will not be new to the readers of this newsletter, as we followed the story closely, but it will be organized, in a nice timeline with all the puzzle pieces arranged. (I do understand from the reviews that it’s very rough on Trump attorney Rudy Giuliani.) As one reviewer said,

I have been following along with the precursor to this book — individual blog posts on Patrick’s website — and, honestly, it was the first time in a very long time that I’ve been so ensnared by a story. I would wait impatiently for each update, and they never failed to disappoint. Patrick has a unique way of weaving words that makes you feel as though you are right there in the midst of the action, and by the time you are finished reading certain passages, you share his very real frustration with how the events unfolded.

We’ve got to find out the real story on those voting machines. Now that the major players on both sides have lawyered-up, it’s going to be hard to get that. On the other hand, perhaps the discovery process will work the opposite way and speed things along. But it’s got to be done before November of 2022. As I’ve said, we simply can’t have another election like the one we had on November 3.

In the meantime, “fact”-checkers will say that Byrne’s allegations have been “debunked.” They have not. They haven’t been proven true, at least at this point, but they certainly haven’t been debunked, either.

It’s important to remember, as we’ve been saying here all along, that voter fraud is voter suppression. Every illegitimate vote that gets counted cancels out a real one. It wouldn’t have taken many “cancellations,” either, for Biden to win the election, as they just had to be in certain places, a few thousand here, a few thousand there, for a razor-thin victory right where it counted.

At the risk of being canceled, I’m going to quote a reviewer named William Bailey, who as an involved resident of Antrim County, Michigan, is part of the story.

Bailey preferred a more outspoken title, something like The Theft of the American Presidency and the Rise of the Totalitarian State. Bailey says:

For those of you who have read Orwell, they want us to see five fingers when they are in fact holding up only four. They want us to accept their propaganda as factual when anyone working with grey matter knows they are lying to us. Each to his own, but I’m personally convinced an organized and successful attack on our election process took place…

If you’ve been around as long as me, you’ve witnessed America’s bedrock institutions, one after another, become corrupt, compromised, or controlled by bad actors, sinister souls with political ideologies that are poison to our Limited Government Constitutional Republic.

Until we can have a complete forensic analysis of the ballots for 2020, we will not know what really happened. But we will have our suspicions.

As for the book, my staff and I can’t wait to read it. As another reviewer said, “After reading this short book, I have a much better understanding of how and why things played out the way they did.” And that’s what we really want and deserve.