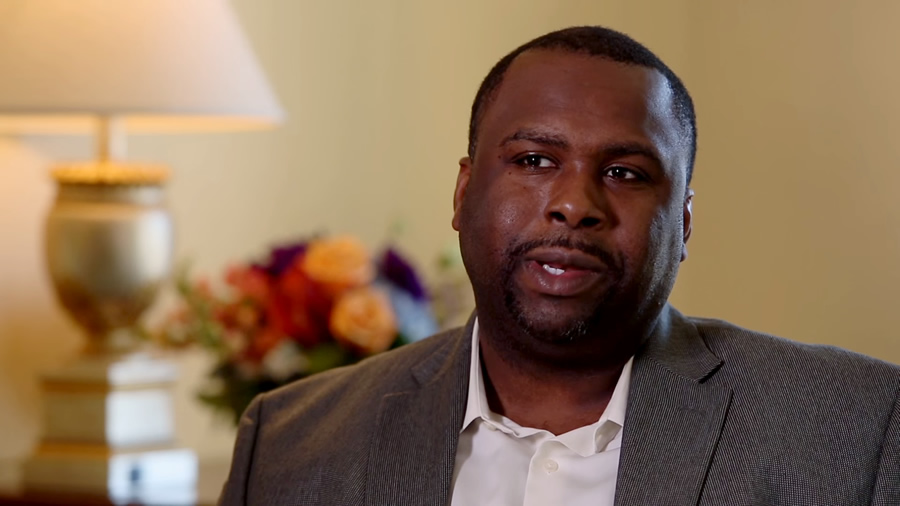 In this video screengrab, Dr. Eric Walsh discuses having a job offer rescinded, after already being accepted, due to sermons he gave at his church.

A pastor filed suit against the Georgia Department of Public Health Wednesday, accusing the agency of religious discrimination after officials allegedly fired the man because of his sermons, which called homosexuality a sin.

Dr. Eric Walsh worked as the director of Pasadena’s public health department and served on President Barack Obama’s Presidential Advisory Council on HIV/AIDs. The Georgia Department of Public Health then offered him the job of running a district of the state health department in 2014 .

When news broke that Walsh had been offered the job, LGBT groups expressed their outrage, largely because he had called homosexuality a sin at the church where he is an associate pastor. The LGBT community called on the department to not hire Walsh because of his “anti-gay propaganda and religious rhetoric.” Walsh also spoke against evolution, Islam and Catholicism.

The health department rescinded their offer, and Walsh filed an Equal Employment Opportunity Commission complaint in 2014 alleging religious discrimination. Public Health Department spokesman Ryan Deal said rescinding the offer had nothing to do with his beliefs.

“Today’s action by the department follows a thorough examination of Dr. Walsh’s credentials and background as well as consultation with the six local boards of health which comprise the district,” the department’s spokesman Ryan Deal said in a statement.

First Liberty, a religious liberty group representing Walsh, points to a copy of an email the group obtained where a government official discusses assigning employees to listen to Walsh’s sermons on YouTube.

“OK…I have an assignment for several of us,” the email reads. “We have to listen to his sermons on You Tube tonight. If we take a couple of hours each, then we should cover our bases. I will enlist Dwana to help us. Kate is going to listen to them as well.”

First Liberty says this email, plus the unwarranted withdrawal of the offer, is serious evidence of discrimination.

“I couldn’t believe they fired me because of things I talked about in my sermons,” Walsh said in a statement. “It was devastating. I have been unable to get a job in public health since then.”

Walsh stated the department left him a voicemail before the withdrawal of the offer. Based on the recording, the person leaving the voicemail seems to think the phone was hung up — it was actually still recording. Two people can be heard apparently discussing what to write in the letter firing Walsh. They seem to be joking and say, “There’s no warm way to say it – ‘you’re out.’”

A recording of that voicemail is available here.

“Religious liberty means we should be able to find sanctuary in our own sanctuary,” Jeremy Dys, Senior Counsel for First Liberty, said in a statement. “If the government is allowed to fire someone over what he said in his sermons, then they can come after any of us for our beliefs on anything.”