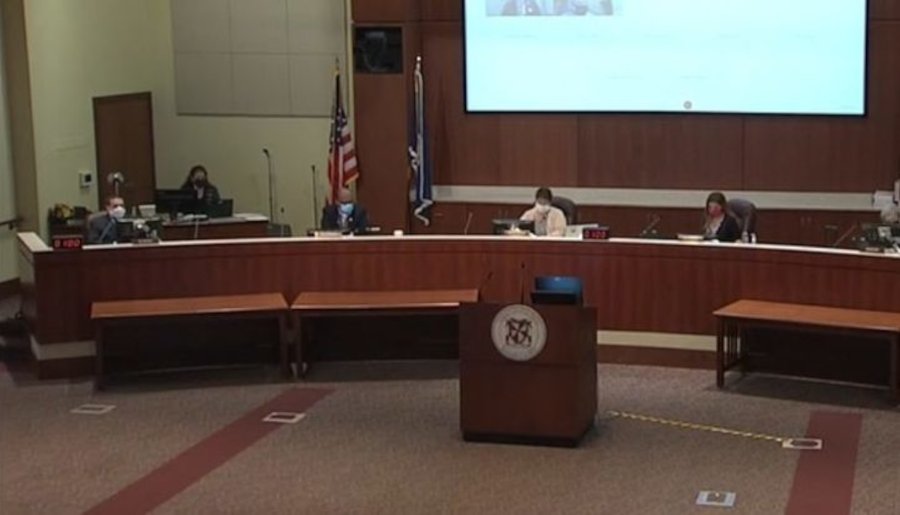 The family of a girl who was allegedly assaulted in the bathroom of a Virginia high school plans to pursue legal action against Loudoun County Public Schools over the incident and the aftermath.

“The Smith family has retained the Stanley Law Group of Virginia,” according to a statement from the firm released Thursday. The firm will not only sue the school system in relation to the alleged assault, but it will also take action related to Scott Smith’s arrest during a June 22 meeting of the Loudoun County Public Schools (LCPS) board.

“The facts are that a male student claiming to be ‘gender fluid’ was permitted to enter the girls’ bathroom on May 28 and sexually assault our daughter. Making matters worse, the school system repeatedly failed to protect her thereafter. Then, they concealed the sexual assault from the public while considering formalizing a bathroom access policy that would have — and now has — increased the likelihood of sexual assaults like these,” Smith and his wife, Jess, said in the statement.

The Daily Wire reported that in the aftermath of the incident, Stone Bridge High School told Smith that it would handle the situation “in-house,” prompting Smith to protest. Loudoun County Sheriff’s Office deputies responded to the scene, and they eventually took Smith’s daughter to a hospital. Loudoun County Public Schools transferred the alleged assailant to another high school.

During the June 22 school board meeting, Beth Barts asked Loudoun County Public Schools Superintendent Scott Ziegler, “Do we have assaults in our bathrooms or locker rooms regularly?”

Ziegler said no records of any such assaults existed so far as he knew, and he later cited a 2016 Time magazine article calling the topic of transgender students committing assaults in restrooms a “red herring.”

On Oct. 7, the Loudoun County Sheriff’s Office stated that a student had been arrested for carrying out an assault in a local school bathroom on Oct. 6. On Oct. 13, the Loudon County Sheriff’s Office stated that the alleged perpetrator of the Oct. 6 incident was also accused of the alleged assault of Smith’s daughter on May 28 at Stone Bridge High School.

“What happened to Mr. and Mrs. Smith and their daughter in Loudoun County is absolutely abhorrent and unacceptable. It is a nightmare no family should have to endure, yet it has happened twice in Loudoun Schools in the same year by the same perpetrator,” said Bill Stanley of the Stanley Legal Group.

“To date, no one with Loudoun County Public Schools or the School Board has been held accountable for the wrong done to the Smith family. Our firm intends to rectify that,” Stanley added.

Loudon County Public Schools has denied that the school board had knowledge of the details of the alleged assaults, saying it followed the relevant Virginia laws controlling the matter.

“The worst is that this predator was released back into our schools to harm and rape another girl, another daughter, another child of someone else,” Patti Hidalgo Menders, president of the Loudoun County Republican Women’s Club, told the Daily Caller News Foundation, adding that the Club is asking for the resignation of Ziegler as superintendent.

“We sincerely hope that the Smiths get the justice they deserve and that this compels Loudoun County Public Schools to start making much needed changes in the administration and on the school board,” said Ian Prior, executive director of Fight for Schools, when reached for comment.