For adults, life is closer to pre-pandemic normalcy. But for kids, school disruptions and restrictions continue. 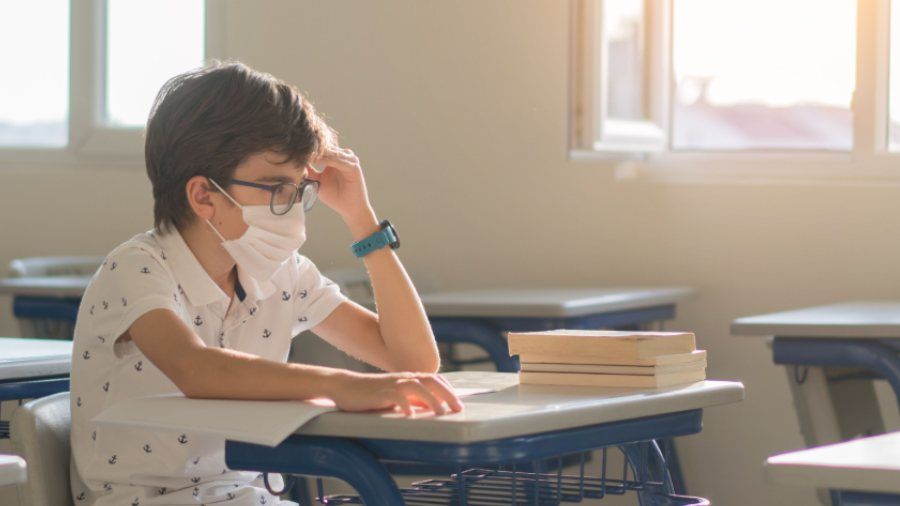 When Glenn Youngkin was elected governor of Virginia a few weeks ago, a liberal friend (and former staffer at a progressive organization) told me, “He was elected by angry parents. I can’t tell you who I voted for because of my job, but I can tell you I’m a really angry mom.”

She was angry over the course of the entire pandemic, as she watched her child’s first year of school happen on Zoom, while kids in other parts of the country went in person. She grew angrier as she searched in vain for speech therapy options for her child that didn’t involve masks — a useless proposition if you’re trying to teach a child the sounds of letters if they can’t show or see lips moving.

The final straw for this friend came the eve of the election. The Democrat, Terry McAuliffe, brought as his closing speaker at a rally none other than the woman many Americans blame for extended school closures: American Federation of Teachers president Randi Weingarten.

The message to Virginia parents was clear: A vote for McAuliffe was a vote for schools to stay the same, for distance learning and closures and disruption to become the status quo for another four years. Virginians rejected that premise by electing a Republican governor for the first time since 2009.

Fast forward to a press conference last week, where White House Press Secretary Jen Psaki seemed to position the Biden administration similarly for the status quo and against American parents and their kids by suggesting that schools are practicing social distancing, wearing masks and eating lunch outdoors in sometimes frigid temperatures.

Psaki: to "keep kids safe" they need to eat silently/outdoors/distanced because 5-11 vax only recently approved

This is misinformation. Unvaccinated kids are at *lower* risk than vaccinated adults, who have the liberty to eat indoors at tables and talk pic.twitter.com/0lhKEkXVBR

This is not a winning message. Americans know the minuscule risk children face from COVID-19, and they also know the toll that the pandemic has taken on their mental health and stability.

The U.S. Surgeon General released a rare public advisory about an “emerging youth mental health crisis.” In the 53-page report, we learned that symptoms of depression and anxiety have doubled during the pandemic, with 25% of youths experiencing depressive symptoms and 20% experiencing anxiety. By every metric, kids are worse off emotionally than they were in 2019, which was already a precarious situation to start with. Writing for The New York Post last week I explain,

When you were a kid, what do you remember about school lunches? I remember wishing for the mythical food fight. I remember talking with friends, trading pudding cups for cookies, whispering to friends asking if I could copy their homework before our afternoon classes.

What does it look like now? Kids are finally back in school but eating outside, sitting on buckets and the ground across the country.

No part of their 2019 childhood has remained totally intact. They had the rug ripped out from under them in March 2020. School lunches are just a window into how much we’ve damaged kids’ childhoods.

Even die-hard liberal columnists from The New York Times have had enough with the way pandemic restrictions have felt unduly punitive toward the least at-risk population.

Earlier I deleted a tweet about my kid's school because I felt like I hadn't done enough to confirm what my daughter was telling me, but now I have. At least one NYC public school is indeed making kids sit on the floor to eat lunch inside, for covid reasons.

On Sunday night, my eight year old remarked to me that she barely remembered life without masks. I, too, am sick of explaining why we can’t do things “because of COVID.” It’s heartbreaking watching many elements of my kids’ childhood slip away while for most adults life is closer to pre-pandemic normalcy. I’m not alone in my deep dissatisfaction.

My vaccinated 11 yo can’t talk during lunch. My 9 yo eats outside in 40 degree weather. My 6 yo has *never* had a normal interaction in school. They wear masks for 7 hours a day, despite being the lowest risk group. pic.twitter.com/Kp0dl4mVGY

That Psaki is speaking on behalf of the Biden administration in defense of measures stripping our children of their childhoods while adults go to concerts unmasked is a McAuliffe-Weingarten-level strategic error.

Parents are angry: We see what is being done to our children and we understand how unnecessary much of the pandemic theater is when it comes to our kids. If the Biden administration stands with outdoor, silent lunches and any number of other seemingly unnecessary restrictions on our kids, they are making the same mistake Terry McAuliffe did in Virginia, a mistake that cost him what should have been a layup election.

If this is the message Democrats bring with them into the midterms and the 2024 election, they’d better buckle in for the same reality check American parents will be ready to serve.

Bethany Mandel is a contributing writer for the Deseret News and an editor at Ricochet.com.