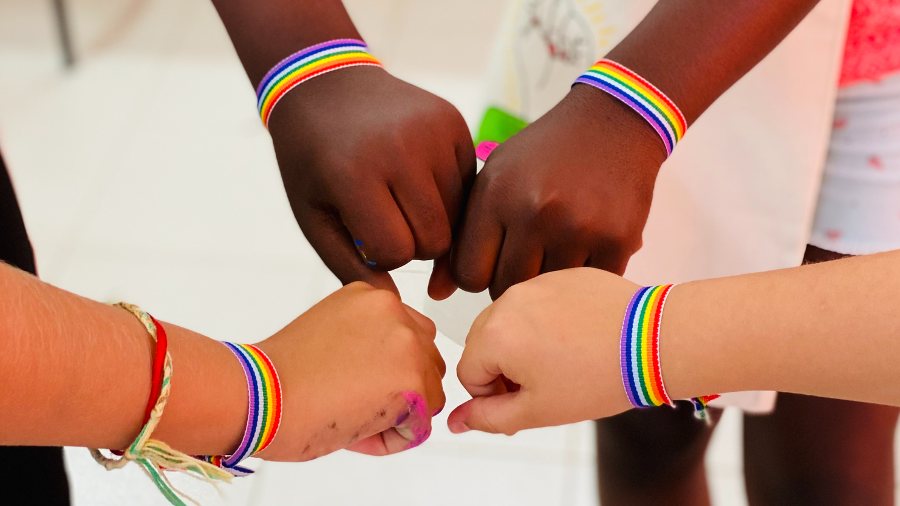 Several states have already joined Florida in barring teachers from instructing their classes about gender identity and LGBTQ choices, and many are considering similar legislation.

Parents are outraged by the indoctrination and sexualization of their children. In Connecticut and New Jersey, school board meetings are overflowing with parents protesting lessons on gender identity and fluidity in elementary school.

Parents are outraged by the indoctrination and sexualization of their children.

New Jersey requires that students be taught the correct anatomical names for their genitalia by the end of second grade and gender identity options by the end of fifth grade.

The Democratic-dominated Connecticut legislature adopted a state budget two weeks ago that mandates free tampons and pads in school bathrooms, including at least one boys’ bathroom for students transitioning from female to male (budget Section 84). A resource guide recommended by the state for Connecticut teachers encourages them to wear rainbow bracelets and display gay pride signs.

Some parents are outraged. “We will not allow our children to be force-fed content we oppose,” said one New Jersey parent, while another protested that state standards “go against our Judeo-Christian values.” In Connecticut, Parents Against Stupid Stuff, a newly formed PAC, intends to influence the gubernatorial race there by opposing sexually explicit curriculum and demanding a larger voice for parents.

But in red states, legislatures are enacting laws to protect parental rights and scrub the curriculum of divisive sexual indoctrination.

Leave Politics Out of School Boards

In New York, state lawmakers are not legislating on curriculum issues, instead leaving it to the school districts. That’s why this week’s school board elections there are so high stakes.

On Long Island, Moms for Liberty have endorsed 30 school board candidates who oppose the emphasis on gender fluidity and advocate for more parental involvement.

Amanda Cohen-Stein, who is president of the Long Island Strong Schools Alliance, insists “politics do not belong in our school boards” but supports teaching “diversity, equity and inclusion,” as if that’s not political.

Andy Pallotta, president of the New York State United Teachers, also says school board elections should be apolitical. He claims “NYSUT and its local unions are big tent organizations.” That doesn’t pass the laugh test: Its website shows the union is leftist, and that offends many parents.

Claiming school board elections are nonpartisan is a ruse.

Informed Parents Are Fighting Back

Sadly, Newsday‘s editorial board parrots the union’s talking points, insisting parental alarm over what’s being taught is “misguided.” Newsday claims “schools are not grooming kids, or devaluing them for whiteness or straightness.” Rather, the editors say, “This is a region built on love of our teachers and schools and districts.” Ridiculous.

Long Island parents who have looked at their kids’ homework and listened in on remote learning are too informed to swallow that pablum.

The same is true upstate. Western New York Students First is helping 35 school board candidates who want more parental input on curriculum and board accountability. “Most people couldn’t tell you who is on their school board. The hope is we kind of start to change that,” explains Jonathan Rich, spokesman for the organization.

The Buffalo News disparages the new excitement over school board elections as “a dangerous moment” brought about by “right-wing manipulators.” Nonsense.

No one cares more about a child’s education than the parents. In the past, many boards have barely tolerated the presence of parents at meetings. That has to change.

Maryland parents are turning out in droves to protest the state’s new standards, which teach kindergartners to “recognize a range of ways people express their identity and gender.” As an outspoken great-grandmother put it, “Children belong to the parents, not this county, not this state.”