Parenting and the State: Red Flags in ‘Build Back Better’ 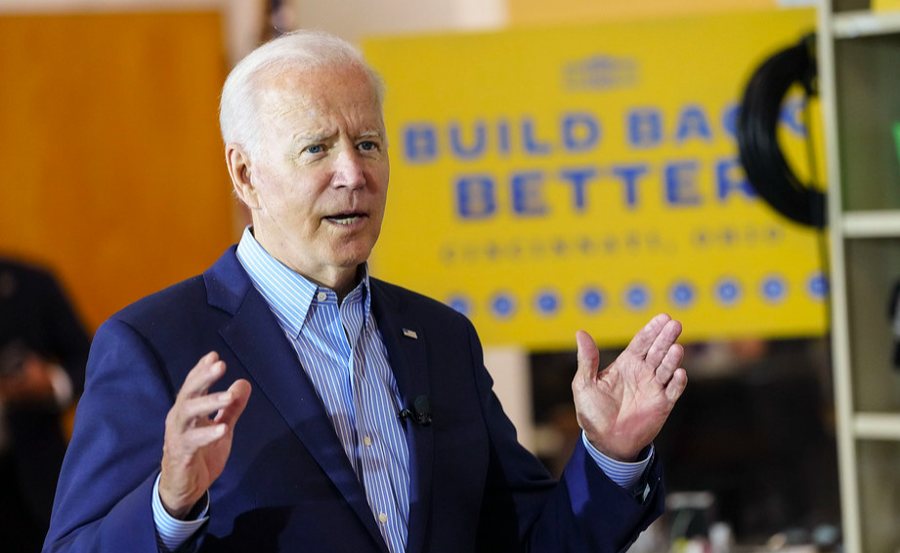 President Joe Biden’s Build Back Better Act, passed by the U.S. House last month, is expected to be passed by the Senate before Christmas. Adding this big-ticket “social spending and climate” bill to the trillions already passed in the name of COVID relief certainly won’t thrill fiscal conservatives. Depending on which version passes, it would add about $360 billion dollars to the federal deficit.

The plan is being hailed as good for families since it would extend the enhanced child tax credit by a year and provide assistance for childcare. However, as the saying goes, it’s important to read the fine print, especially the parts about childcare. As Tim Carney writes at the Washington Examiner, the bill will likely include a large new daycare entitlement and universal Pre-K program, but neither apply to family members or homeschooling parents. In other words, the administration only wants it to be easier for families to get childcare if it’s from the “professionals.” Moms and dads, grandmas, aunts, and neighborhood co-ops need not apply.

The administration only wants it to be easier for families to get childcare if it’s from the “professionals.” Moms and dads, grandmas, aunts, and neighborhood co-ops need not apply.

And as Carney points out, many parents (particularly those in households where both have to work) would prefer “an opportunity for one parent to stop working or work less.” A long-term tax credit could help many achieve that, but not a one-size-fits-all daycare subsidy which, as he put it, seems designed “to change [parents’] minds about who should raise their children.”

Parents Have No Choice

Of course, there’s a debate to be had about whether or not the government should be spending taxpayer money to incentivize families at all. But, in this case, how it is proposing to spend the money reveals even more. Again, here’s Carney:

The question is this: If you wanted to spend money to help parents and children, and you were already willing to just hand cash to parents in the form of “tax credits” or a child allowance, then why would you specifically subsidize daycare instead of giving parents money and let them decide how to use it?

Simply put, the state is not willing to give parents the choice. Carney’s reading of the bill is fair, especially in light of the President’s own words. Last month, the President tweeted, “Nearly 2 million women in our country have been locked out of the workforce because they have to care for a child or an elderly relative at home. [The Build Back Better Act] will make caregiving accessible and affordable and help [women] get back to work.”

Not Locked Out — Locked In

Of course, plenty of women do feel stuck at home and would prefer to return to work, but plenty of moms and dads would choose to stay at home with their kids if they could afford it. In fact, a 2019 survey by Pew Research found that almost 20 percent of women think “not working for pay at all” is the ideal situation for mothers, and about half overall would prefer not to work full-time. These women are not “locked out of the workforce,” as the administration put it. Rather, they’ll be “locked in” by a plan that subsidizes only “professional” childcare and not family care.

This kind of state paternalism not only suggests that, ultimately, life is about building a satisfying career, participating in the economy, and making more money. It suggests that to prefer a family life reliant on a spouse’s income is, to quote one progressive New York Times writer, “retrograde” thinking. And, it serves a more insidious agenda item of cultural progressivism, that “government knows better than a parent” about what’s best for children.

Plus, this spending bill must be considered in light of other actions by the administration. Recently, we learned that Xavier Becerra, who heads the Department of Health and Human Services (HHS) under the Biden Administration, is looking for ways to keep faith-based children’s service programs out of foster care. That’s despite the fact that, as U.S. Senator from Oklahoma James Lankford tweeted, this move almost certainly runs afoul of the Supreme Court’s decision in Fulton v. City of Philadelphia, in which justices ruled unanimously that the city could not discriminate against a Catholic adoption agency in placing children.

Both cases, selective childcare subsidies and keeping some out of foster care, reflect a belief that the state is the most important and competent sphere of society, and the one that should decide how all the others run. That’s not how things were designed to work.

God first and foremost entrusted the family, not the state, with raising the next generation. Our nation’s long history of working with religious organizations to care for kids has resulted in services the state could never have provided without help. Any plan that’s designed to “build back better” should recognize that parents and religious organizations are solutions, not problems to be solved.