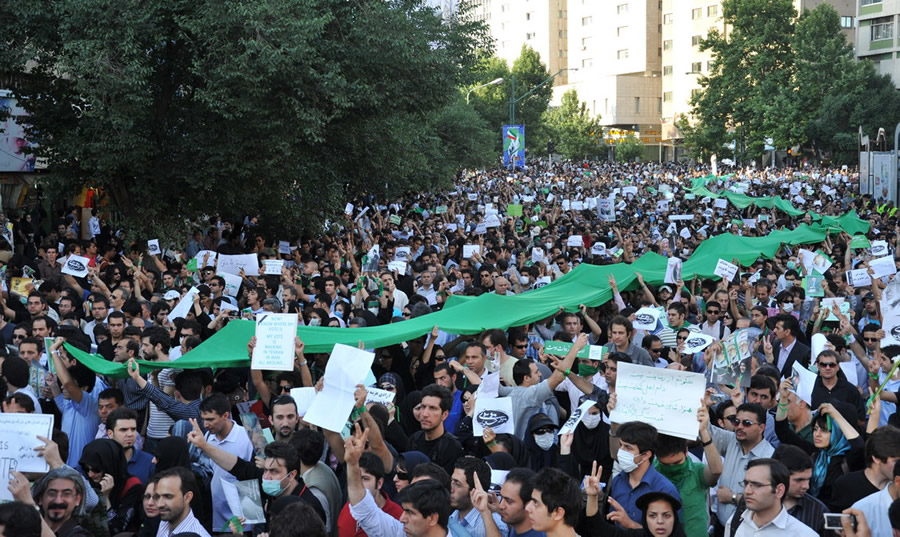 There are several truisms about the Iranian regime. It is a deeply intolerant, religiously fanatical regime with a death grip on power through suppression and a corrupt system of bribes, payoffs and family connections.

Tony Soprano has nothing on the mullahs’ regime.

Like any insular group of Mafiosos, the mullahs ruling Tehran are a deeply paranoid bunch. They regularly suspect traitors in their midst and engage in periodic purges that would do Josef Stalin proud; right down to public hangings.

They also desperately manipulate — sometimes clumsily — social media and the Internet in general in a vain attempt to trash opponents and to stifle debate about their abysmal corruption and mismanagement.

Twitter announced last week that it was suspending thousands of accounts engaged in state-backed influence campaigns originating in Iran and Russia.

The action listed over 2,000 new accounts linked to Iran alone and comes on the heels of similar actions by other social media companies, such as Facebook, to remove fake profiles and accounts.

The new data archive created by Twitter includes three sets of accounts, totaling 4,779, from Iran. According to the company, all were associated with or directly backed by the Iranian government. But while the focus of this latest effort centers around supposed efforts by the Iranian regime to influence U.S. elections with an eye on the 2020 campaign, the more pedestrian — and ultimately more important for the mullahs — target has been the online character assassination of any dissenting voices outside of Iran.

Heshmat Alavi: A Harsh Critic of the Regime

One of the more notorious thorns in the Iranian regime’s side has been Heshmat Alavi, a pseudonym used by an Iranian investigative commentator who regularly contributes to media outlets such as Forbes, The Hill and the Daily Caller and has been a harsh critic of the treatment of the Iranian people by the regime. Heshmat Alavi has also been exposing the Iranian lobby that parrots Tehran’s narrative in the West.

He goes by his pen name because he simply doesn’t want to get rubbed out by agents of the Ministry of Intelligence and Security (MOIS). The MOIS has a dark record of assassinating Iranian dissidents. Most recently, its operatives were caught by European authorities while trying to bomb a mass gathering of Iranian dissidents outside of Paris. They were also caught while planning to explode a truck bomb at the main opposition’s Nowruz (Persian New Year) celebration in Albania. MOIS operatives have been arrested in Washington, DC for targeting opposition officials in Washington, D.C., as part of a capture/kill operation.

The target in all of these plots has been the National Council of Resistance of Iran (NCRI), a political coalition whose main component is the Mujahedin-e Khalq (MEK). Starting as a student dissident group in the 1960s, the MEK is now considered to be the most viable democratic alternative to the theocracy.

Supporting or joining the NCRI or MEK is punishable by death in Iran and members and supporters have been targeted in mass killings, bombings, and assassinations over the last three decades.

The most recent attack on dissident Heshmat Alavi included a flurry of tweets and articles by pro-Iran advocates and notorious MOIS operatives, such as Massoud Khodabandeh and his wife Anne Singleton. The couple runs one of the most active blogs dedicated to demonizing the MEK at the behest of the MOIS.

The most appalling attack came from an editorial by Murtaza Mohammad Hussain in The Intercept that even questioned Alavi’s existence as a person. Not surprisingly, pro-regime Iranian and American trolls jumped at the opportunity to question Alavi’s bonafides.

That constant barrage resulted in the temporary suspension of Alavi’s Twitter account before it was reinstated after a hailstorm of protest from human rights activists, journalists and bloggers. Alavi also presented his credentials to Twitter.

In the end, all those who prematurely jumped at the opportunity to silence Heshmat Alavi were deeply disappointed, discredited and disgraced.

The regime remains obsessed with stamping out any trace of dissension no matter where it resides. It relies heavily on fake social media networks and a chain of content generators steadily supplying outlets gullible enough to print their outlandish lies.

The proof of Iran’s nefarious efforts is plainly available for anyone to see in Twitter’s public datasets, as well as the smear campaigns such as the one perpetrated against Alavi.

The fact that the regime and its discredited lobbyists hysterically call for the closing of a single online account that is critical of the regime speaks volumes about their vulnerability and weakening position as well as the growing strength of dissenting voices.

Perhaps the regime and its shills know full well that the end of the theocracy’s 40-year rule is fast approaching.