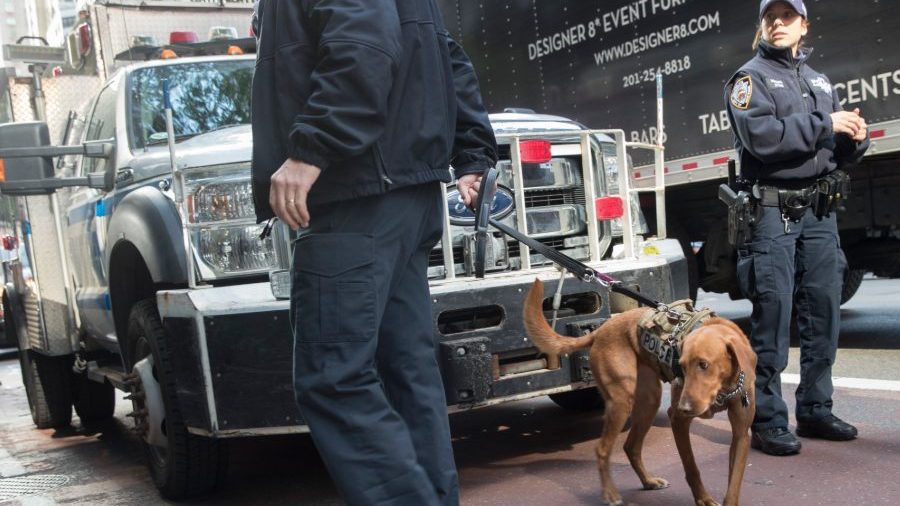 Emergency service personnel with a bomb sniffing dog work outside the building that houses New York Governor Andrew Cuomo's office after a report of a suspicious package, Wednesday, Oct. 24, 2018, in New York. The U.S. Secret Service said Wednesday that it intercepted a bomb that was addressed to former Secretary of State Hillary Clinton and also discovered a possible explosive sent to former President Barack Obama.