Our Hope in Christ’s Victory Over Death 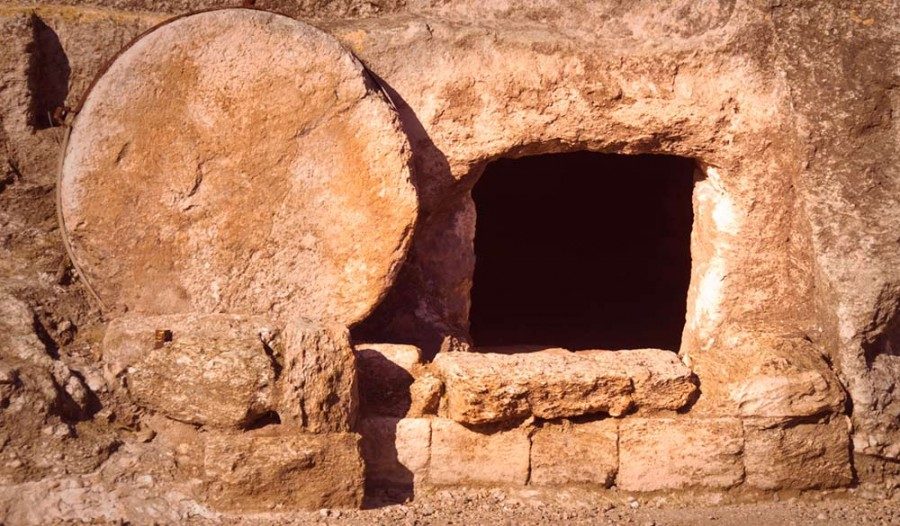 Many things about Christianity are counterintuitive but none more than this: God the perfect Father sent Jesus the perfect Son to Earth as a human being to suffer and die for the sins of imperfect human beings so that those who believe in the Son would receive the perfect Holy Spirit and live in eternal love with God.

Scripture makes all this clear.

“For God so loved the world that he gave his one and only Son, that whoever believes in him shall not perish but have eternal life.” (John 3:16).

“In your relationships with one another, have the same mindset as Christ Jesus: Who, being in very nature God, did not consider equality with God something to be used to his own advantage; rather, he made himself nothing by taking the very nature of a servant, being made in human likeness. And being found in appearance as a man, he humbled himself by becoming obedient to death — even death on a cross!” (Philippians 2:5-8).

“And if the Spirit of him who raised Jesus from the dead is living in you, he who raised Christ from the dead will also give life to your mortal bodies because of his Spirit who lives in you” (Romans 8:11).

While we properly emphasize Christ’s deity, we sometimes underappreciate His full humanity. It’s distasteful for lowly humans to imagine that the God of the universe could or would take on human form, let alone do so to save us. Shouldn’t that be beneath Him?

Of course, that’s precisely the point. It was beneath Him, and He did it anyway out of His pure love for us — each of us as individuals. He became human to save us but also to empathize with us through His suffering so he could feel our pain. His human suffering, which is worse than ours could ever be considering He is God, makes Him approachable, as the writer of Hebrews affirmed.

“For we do not have a high priest who is unable to sympathize with our weaknesses, but one who in every respect has been tempted as we are, yet without sin. Let us then with confidence draw near to the throne of grace to help in time of need” (Hebrews 4:15).

Through His incarnation and passion, Jesus not only relates to us but also enables us to understand Him. Given His perfect attributes, one would think mere humans couldn’t fathom His nature, much less relate to Him. And yet we can do both.

Perhaps we can’t fully comprehend God’s infinite love, power and knowledge, but we can understand more of His nature. The Gospels reveal Jesus’ nature and thus God’s nature. Jesus tells us, “Anyone who has seen me has seen the Father” (John 14:9), and “The one who looks at me is seeing the one who sent me” (John 12:45). Apostle Paul (Colossians 1:15) and the writer of Hebrews (Hebrews 1:3) express the same truth.

Christ’s perfection is so sublimely revealed in the Gospels that the finest fiction writer couldn’t have created a character like Him, because He is beyond the capacity of the human intellect and imagination to construct.

Christ spoke with divine authority: “The crowds were astonished at his teaching, for he was teaching them as one who had authority, and not as their scribes” (Matthew 7:28-29). He radiated the full power of God. His words exude truth, making His teachings irresistibly attractive to all who heard Him. When the authorities asked the temple guards why they didn’t arrest Jesus, they replied, “No one ever spoke the way this man does” (John 7:46). Don’t you see? They sensed He was God.

We must, then, appreciate both Christ’s deity and humanity, because it is only through understanding His deity that we can grasp the profound sacrifice in His decision to become human, and to suffer and die for us. God’s salvation plan required Christ’s dual nature because if Jesus were not both fully human and fully divine, He could not have lived a sinless life, and He couldn’t have become sin for us.

One of the major stumbling blocks to the Christian faith is the reality of human suffering in the world, and we are getting a megadose of that now with the coronavirus pandemic. We are comforted, however, by the Bible’s assurance that we have a God who intimately understands our pain even more than we do because He lived it — and continues to live it. Our pain is His pain. Jesus doesn’t stand apart from our suffering but lives in it, and He promises us that despite the agony we will endure on Earth, the glory and bliss of Heaven will infinitely eclipse it.

On this Easter holiday, as we try to make sense of the human pain around us, let’s focus on the cross and on Jesus’ triumphant declaration: “It is finished” (John 19:30). Yes, it was a triumphant statement. “This was not the despairing cry of a helpless martyr; it was not an expression of satisfaction that the termination of his sufferings was now reached; it was not the last gasp of a worn-out life,” says Christian writer Arthur Pink. “No, rather was it the declaration on the part of the divine Redeemer that all for which he came from heaven to earth to do, was now done; that all that was needed to reveal the full character of God had now been accomplished; that all that was required by law before sinners could be saved had now been performed; that the full price of our redemption was now paid.”

What was finished? Christ’s victory over Satan, sin and death so that we may live and live abundantly (John 10:10). “Since the children have flesh and blood, he too shared in their humanity so that by his death he might break the power of him who holds the power of death — that is, the devil — and free those who all their lives were held in slavery by their fear of death” (Hebrews 2:14). “The reason the Son of God appeared was to destroy the devil’s work” (1 John 3:8).

Prayers for all who are suffering physically and financially, and for America to recover from this nightmare.