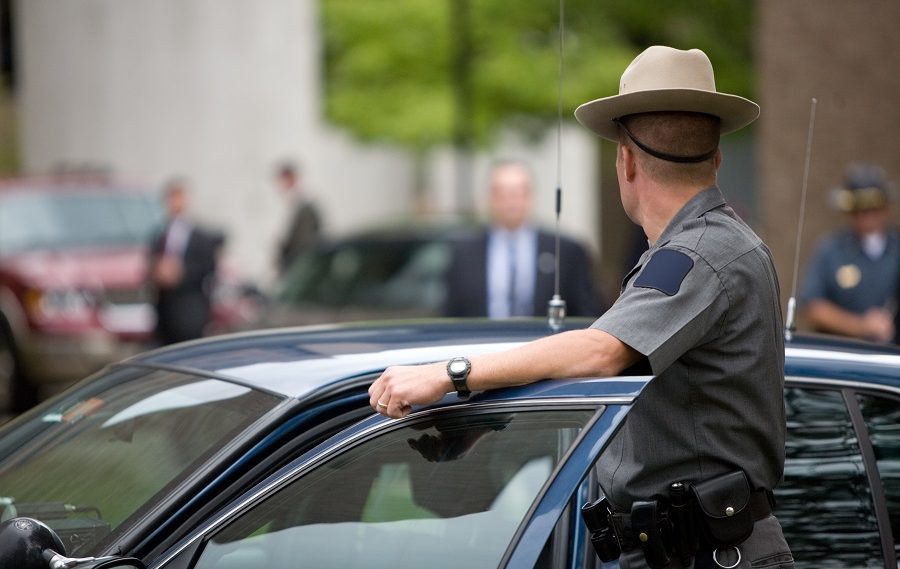 All my life, I have dismissed paranoids on the right (“America is headed to communism”) and the left (“It can happen here” — referring to fascism). It’s not that I’ve ever believed liberty was guaranteed. Being familiar with history and a pessimist regarding the human condition, I never believed that.

Closer Than Ever to a Police State

People will argue that a temporary police state has been justified because of the allegedly unique threat to life posed by the new coronavirus. I do not believe the data will bear that out. Regardless, let us at least agree that we are closer to a police state than ever in American history.

The federal, state, county and city governments are now restricting almost every freedom except those of travel and speech. Americans have been banned from going to work (and thereby earning a living), meeting in groups (both indoors and outdoors), meeting in their cars in church parking lots to pray and entering state-owned properties such as beaches and parks — among many other prohibitions.

No. 2: A Mass Media Supportive of the State’s Messaging and Deprivation of Rights.

The New York Times, CNN and every other mainstream mass medium — except Fox News, The Wall Street Journal (editorial and opinion pages only) and talk radio — have served the cause of state control over individual Americans’ lives just as Pravda served the Soviet government. In fact, there is almost no more dissent in The New York Times than there was in Pravda. And the Big Tech platforms are removing posts about the virus and potential treatments they deem “misinformation.”

Police departments throughout America have agreed to enforce these laws and edicts with what can only be described as frightening alacrity. After hearing me describe police giving summonses to, or even arresting, people for playing baseball with their children on a beach, jogging alone without a mask, or worshiping on Easter while sitting isolated in their cars in a church parking lot, a police officer called my show. He explained that the police have no choice. They must respond to every dispatch they receive.

“And why are they dispatched to a person jogging on a beach or sitting alone in a park?” I asked.

Because the department was informed about these lawbreakers.

“And who told the police about these lawbreakers?” I asked.

His answer brings us to the fourth characteristic of a police state:

How do the police dispatchers learn of lawbreakers such as families playing softball in a public park, lone joggers without face masks, etc.? From their fellow citizens snitching on them.

It is said that about 1 in every 100 East German citizens were informers for the Stasi, the East German secret police, as superbly portrayed in the film The Lives of Others. It would be interesting, and, I think, important, to know what percentage of New Yorkers informed on their fellow citizens. Now, again, you may think such a comparison is not morally valid, that de Blasio’s call to New Yorkers to serve a Stasi-like role was morally justified given the coronavirus pandemic. But you cannot deny it is Stasi-like or that, other than identifying spies during World War II, this is unprecedented in American history at anywhere near this level.

This past Friday night, I gathered with six others for a Shabbat dinner with friends in Santa Monica, California. On my Friday radio show, I announced I would be doing that, and if I was arrested, it would be worth it. In my most pessimistic dreams, I never imagined that in America, having dinner at a friend’s house would be an act of civil disobedience, perhaps even a criminal act. But that is precisely what happens in a police state.

The reason I believe this is a dress rehearsal is that too many Americans appear untroubled by it; the dominant force in America, the left, supports it, and one of the two major political parties has been taken over by the left. Democrats and their supporters have, in effect, announced they will use state power to enforce any law they can to combat the even greater “existential” crisis of global warming.

On the CNN website this weekend, in one of the most frightening and fanatical articles in an era of fanaticism, Bill Weir, CNN chief climate correspondent, wrote an open letter to his newborn son. In it, he wrote of his idealized future for America: “completely new forms of power, food, construction, transportation, economics and politics.”

You cannot get there without a police state.

If you love liberty, you must see that it is jeopardized more than at any time since America’s founding. And that means, among other things, that at this time, a vote for any Democrat is a vote to end liberty.