Isabel Wilkerson's new book "Caste: The Origins of Our Discontents" is receiving rave reviews. But do the book's controversial claims hold up? 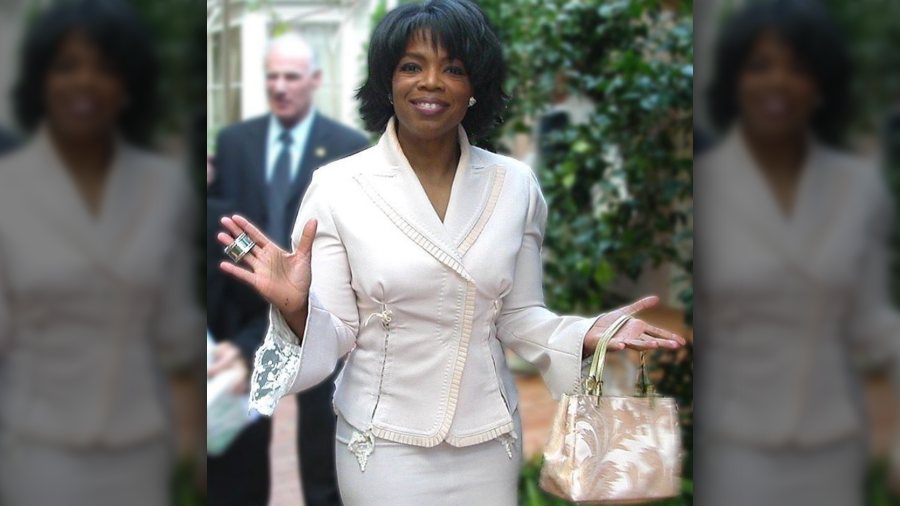 By Jon Miltimore and Dan Sanchez Published on November 27, 2020 •

Isabel Wilkerson already has a Pulitzer Prize. But this week she received something perhaps even better: a special perch in Oprah Winfrey’s book club.

“This might be the most important book I’ve ever chosen for my book club,” Oprah said of Wilkerson’s new book, Caste: The Origins of Our Discontents.

Her glowing regard is widely shared. Reviewers can’t write the reviews fast enough — The New York Times reviewed it twice in less than a week; so did NPR — and everyone agrees Wilkerson’s book is smashing (“an instant American classic!”).

But, what’s this about caste? A caste system, according to the dictionary definition, is one that divides society into hereditary classes. The classic caste system is that of traditional Hindu society, which was stratified into castes ranging from upper-crust Brahmins (scholars and priests) down to an underclass known as “untouchables.” Caste membership was determined by birth, and movement up and down the caste hierarchy was nearly impossible.

Wilkerson’s book alleges (and presumably Oprah agrees) that America, the so-called “land of opportunity,” is actually a caste system, citing racial oppression throughout the country’s history.

Wilkerson, a former Times reporter, vividly describes the horrors of American slavery, a system that “was, for a quarter millennium, conversion of human beings into currency, into machines who existed solely for the profit of their owners… .”

Wilkerson makes an important point. Slavery is indeed a caste system. American slaves were born into slavery, and their station in life was almost entirely determined by their membership in that caste.

Readers also learn of atrocities committed under Jim Crow, including savage surgeries performed on black women in Alabama, administered without anesthesia, and grotesque brain surgeries on black children, chronicled in Harriet Washington’s chilling work Medical Apartheid, which traces the mistreatment of black Americans from the colonial era through the infamous Tuskegee Experiment.

Jim Crow, which was practiced throughout the South and in some border states from 1877 through 1965, was also a caste regime. Under it, American blacks were not afforded equal treatment under the law but were persecuted based on their race/birth.

But, does the existence of caste structures within parts of America throughout its history mean that America on the whole has been a caste system and that the “American dream” of social mobility is nothing but a myth?

If so, it would be difficult to explain Oprah’s own life story.

Orpah (CQ) Gail Winfrey was born in Kosciusko, Mississippi in 1954, the daughter of an unmarried teenage housemaid. Even by the standards of the poor South, Oprah’s earliest years were meager. Her biographers describe her living with her grandmother and wearing clothing made of potato sacks, which earned her the nickname “Sack Girl.” She reportedly had cockroaches for pets and a doll made out of corn cob.

Life did not improve when Oprah moved to Milwaukee after a stint in Tennessee. She was raped at age nine by a cousin and later by an uncle, which resulted in a failed pregnancy at age 14.

As a teen, Oprah rebelled, but her life improved when she returned to Tennessee in the late 1960s to live with the man she recognizes as her father, Vernon Winfrey — a coal miner turned Nashville barber — and his wife, Zelma. Oprah’s grades improved, her classmates voted her Most Popular Girl, and she won an oration contest that carried her to Tennessee State University in 1971 on a scholarship.

College brought new experiences and opportunities. She quickly found work in radio and TV, and in 1976 she moved to Baltimore where she landed on a TV show (“People Are Talking”). Other networks noticed her work, and she was eventually poached by a Chicago station and rewarded with her own morning show.

We know the rest of the story: Oprah became the most popular TV host in America and today owns her own network. She’s worth $2.6 billion.

It’s a true (and quite literal) rags to riches story, and it’s part of a larger story that does not start or end with Oprah Winfrey.

Sarah Breedlove, AKA Madam Walker, was born in Louisiana in 1867, two years after slavery was abolished. She was a black woman in the Victorian era who worked as a laundress and was widowed at 16. Yet she became a successful entrepreneur and the first African-American millionaire.

America is filled with such stories and has an undeniable track record of economic mobility. It includes Oprah, Madam Walker and countless other minorities and Americans from every walk of life.

What do stories like these tell us about class and caste in America?

First of all, if America was all about caste, then Winfrey’s life path would have been impossible; law and custom would have strictly limited her opportunities and trapped her in the conditions she was born to and raised in. Instead, from a childhood of poverty and abuse, she ascended to the very summit of society: from “sack girl” to the world’s most beloved billionaire.

Secondly, Winfrey’s level of success may not have been possible, had it not been for the abolition of slavery before she was born, and the overthrow of Jim Crow when she was young. So, the demolition of racial caste structures is indeed an important and heroic project, a crucial part of the American story.

Thirdly, Winfrey’s social mobility would have been impossible without one of the most powerful anti-caste forces in human history: capitalism.

Such a notion may sound preposterous to those who, like the 1619 Project, associate capitalism with racial oppression (and oppression in general). But both history and economics show that free markets are truly anti-caste and anti-racist.

Through grit, empathy and applied talent, Winfrey was able to connect with audiences throughout her career as a host. In other words, she provided them a service they valued highly. As her audiences grew more numerous and dedicated, Winfrey’s services grew more valuable to advertisers and stations and her opportunities and income grew as well.

For all we know, some of those advertisers and stations may have been racist. But if they had let their bigotry outweigh their profit motive, they might have lost Winfrey’s lucrative services to competitors who did not.

And after Winfrey became her own boss, her impact on audiences only grew, and she proved herself not only to be a world-class on-screen talent, but a world-class entrepreneur.

As Winfrey’s career demonstrates, markets are meritocratic, and therefore anti-caste. What matters most is the value you can offer the public, not the status group membership you were born to. The more value you offer, the higher you can climb the ladder of success, and the more you are empowered to create even more value.

The American Dream Is Possible

Indeed, historically capitalism first began to really flourish as the old European-style caste system began to dissolve. In the feudal system, your station in life was pre-determined by your caste membership: whether you were a noble, a serf, a guild-member, etc. But advocates of freedom and equality under the law (back then known as “classical liberals”) gradually dismantled that system of privileges and restrictions. Classical liberalism freed individuals to pursue opportunity wherever it led, whether as entrepreneurs or as free workers. That economic and social mobility unleashed the productive potential of humanity and paved the way for an unprecedented rise in living standards.

The founding of America was of a piece with that classical liberal project. Tragically, the founders were not consistent. As they designed a new constitution that rejected the caste system of old, they stained it by not abolishing the loathsome caste structure of slavery that existed in the colonies for more than a century and a half.

But it was an incongruous element, as was the Jim Crow caste structure that followed it. And the purging of both was a fulfillment of the classical liberal anti-caste project that birthed both America and capitalism.

As Oprah Winfrey’s life demonstrates, the American Dream is no myth. Neither has it ever been perfectly realized. America is also not a “caste system,” although social mobility is hampered by legal restrictions that still need to be abolished.

To make the caste-free American Dream closer to reality, we must recognize that, contrary to the Marxists who try to convince us otherwise, “Americanism,” classical liberalism and capitalism are our natural allies in the fight against racial oppression.

Dan Sanchez is the Director of Content at the Foundation for Economic Education (FEE) and the Editor-in Chief of FEE.org.