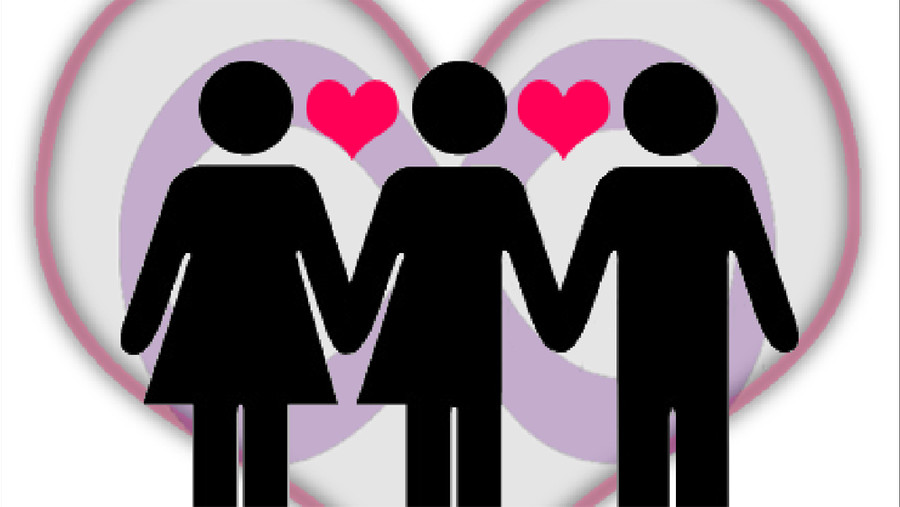 HuffPost recently ran a pseudonymous article by a woman who opened her marriage to her husband’s homosexual paramour.

“This is one of the saddest things I’ve read in a long time,” said Ruth Institute President, Dr. Jennifer Roback Morse, Ph.D. “The Sexual Revolutionaries have been peddling ‘open marriage’ since the ’70s. I saw numerous couples try it back in the day, but have never seen it work. I’ve seen divorces, suicides, and babies that weren’t supposed to be conceived, but I’ve never seen one of these situations last as a permanent union.

“I feel so bad for this woman who wrote under a pseudonym. How proud can she be of this living arrangement if she can’t even write about it under her own name?”

The author reports that her husband “determined that he was bisexual and that he wanted to stay married to me, but he wanted an open marriage so he could also have a boyfriend … . Marriage 2.0 truly began when Stuart got a boyfriend. I befriended the men he was dating, cooked for them, and even went on vacation with one of them. There continued to be challenges — things Stuart lied about, STI scares, jealousy, self-loathing — and I faced them, in part, with the help of therapy and yoga (and more therapy, and more yoga).”

“‘There continued to be challenges,’ is code for ‘it was total misery because he was ruining my life along with our marriage,’” Morse said. “In other words, she has to do the work of making this work. Sounds like garden-variety misogyny to me.

“When will the Sexual Revolutionaries stop promoting ‘open marriage?’” Morse asked. “How many more failures? How many more broken lives, before they finally admit they were wrong?

“Historically, only monogamy works,” Morse explained. “It may not appeal to readers of HuffPost, who are always looking for the new and trendy, but marriage between one man and one woman has worked throughout the course of history. It channels male drive into socially constructive directions, and it gives women security and a stability for raising their children. Most of all, lifelong married love provides justice for children, giving them the best chance of being in a meaningful relationship with both of their parents.” 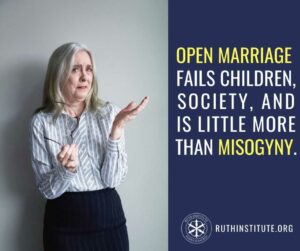 Even ’70s sex symbol Raquel Welch said as much in a CNN commentary, “It’s sex o’clock in America.” Notwithstanding her own failed marriages, Welch wrote that marriage is “the cornerstone of civilization, an essential institution that stabilizes society, provides a sanctuary for children, and saves us from anarchy.”

“Match Group CEO Shar Dubey revealed more than she knew when she stated: ‘The company generally does not take political stands unless it is relevant to our business,’” Morse said.

“Of course it’s relevant to their business. Easy access to abortion is a key component of the Sexual Revolution, which proclaims that casual sex is a harmless recreational activity. The businesses that make money from the Sexual Revolution have always counted on the Sexual State to create the social climate for them to thrive. Now that the State is no longer protecting them and their profits, they are screaming like stuck pigs.”

Last week, the United States Supreme Court allowed the law, which bans abortion after a heartbeat is detected, usually around the 6th week, to go into effect, while a lower-court appeal is pending.

The Match Group owns both Match.com and Tinder, as well as several others. Match.com presents itself as a tool for finding a lifelong mate, whereas Tinder is an unapologetic casual sex app. The Big Tech conglomerate announced its support for funds that will help women circumvent the Texas law.

“Match Group’s opposition to the Texas Heartbeat bill demonstrates its ultimate commitment to sex without babies. Abortion has always been the fail-safe for casual sex. Any abortion restriction terrifies them,” Morse observed.

“What have been the long-term social effects of easy access to abortion?” Morse asked. “Has it drawn men and women closer together? Has it made for more stable relationships? Has it increased men’s respect and care for women?”

Morse added: “Corporate America has embraced the Black Lives Matter mantra. But what about the disproportionate abortion rates among minorities? Black Americans account for just 12% of the population but 38% of abortions in this country. Do these black lives matter?

“Abortion may be good business for companies that benefit from the Sexual Revolution. But it’s bad for America,” Morse charged. “We now have below-replacement fertility. Sometime this century, population decline, or Demographic Winter, will begin. The more than 62 million abortions since Roe v. Wade have played an undeniable role in that trend.”

The Ruth Institute’s latest Dr. J Show interview by Dr. Jennifer Roback Morse, features Dr. Rebecca Oas, Associate Director of Research for the Center for Family and Human Rights. C-FAM monitors international organizations and advocates for families and the sanctity of life. This is an uphill battle, especially since these organizations are masters of verbal manipulation.

Watch as Dr. Oas explains the misnomers used to increase abortion, artificial contraception, and other forms of so-called “Family Planning.” She shares why it’s necessary to understand the meaning of “reproductive health,” as well as a myriad of other misused phrases.

Oas extrapolates on how scientific research can be twisted by organizations seeking to show an “unmet need” for abortion and contraception. She notes that the United Nations routinely passes resolutions against marriage, families, and children, in favor of promiscuous sexual “freedom.” Many international organizations, such as UNICEF, the W.H.O., and the UN Population Fund, have a negative impact worldwide, particularly in the Third World. “Air, food, water, shelter: those are real needs in the Third World, not a guaranteed baby-less sex life,” Oas said.

This is all a part of the Sexual Revolution’s mandate that a “safe and satisfying sex life” is a priority of health care. “Amid concern of ‘sexual health,’ maternal and child health is ignored,” Oas notes. “The UN goal is to increase contraception whether women want it or not,” Morse added. It looks like a choice, but it’s really just marketing for more abortion and contraception.

“It’s no wonder why so many leaders have become sexual predators,” Morse said. “The Sexual Revolution has taught them that they are entitled to sex from anyone, any time.” Global “health” organizations are only making the situation worse for women and children.

New episodes of the Dr. J Show are uploaded every Friday at noon Pacific Time. The Ruth Institute is a global non-profit organization, leading an international interfaith coalition to defend the family and build a civilization of love.

Jennifer Roback Morse is the author of The Sexual State: How Elite Ideologies Are Destroying Lives and Love and Economics: It Takes a Family to Raise a Village. Don Feder, Director of Communications and Betsy Kerekes, Director of On-line Publications for the Ruth Institute, contributed to this Dispatch.

To keep up to date with all the latest from Dr. Morse and The Ruth Institute, subscribe to our newsletter.