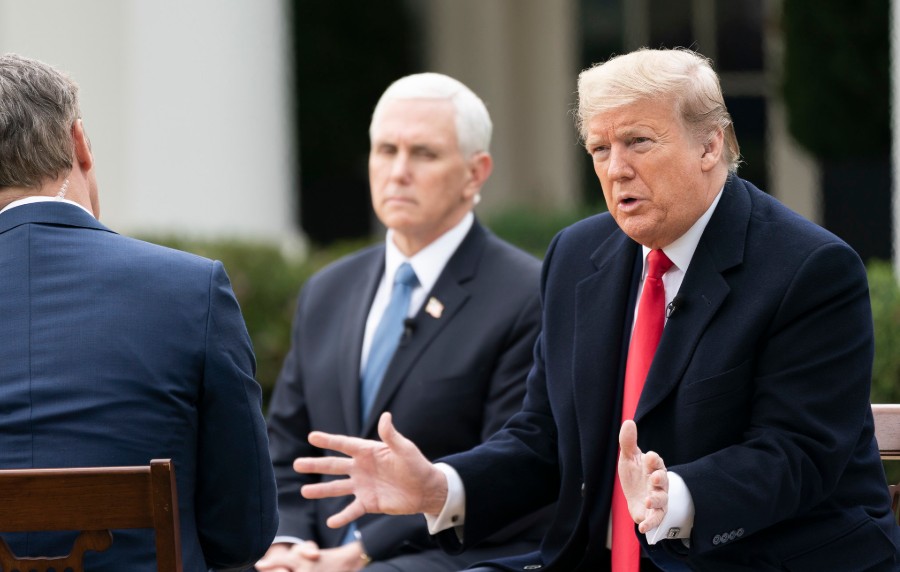 President Donald Trump said Tuesday he wants the U.S. economy back up and running by Easter Sunday on April 12, as the economy has taken a major hit from the coronavirus pandemic.

“We are opening up this incredible country. I would love to have it open by Easter,” Trump said during a Fox News virtual town hall in the Rose Garden, sitting alongside host Bill Hemmer and taking questions remotely from Fox News host Harris Faulkner.

Asked whether that was in fact possible, Trump said, “Absolutely.”

However, as president, Trump has a bully pulpit to encourage businesses and state and local governments to reopen.

Trump stressed the consequences for keeping the economy shuttered are more dire than the present circumstances under the coronavirus.

“You are going to have suicides by the thousands” if the economy remains closed, Trump said, noting predictions of a 25% drop in gross domestic product would mean massive job losses, closed businesses, and personal depression resulting from personal isolation.

Trump said that doesn’t mean it will be the same as before when Americans do return to work.

“We can socially distance ourselves and go to work,” he said.

The president discussed how experts told him about the need to take strong action.

“They came in, and they said, ‘Sir, we’re going to have to close the country,’” Trump said. “Are you serious about this?”

He noted that the economy has never shut down to this degree for prior disease outbreaks.

“We lose thousands and thousands of people a year to the flu. We don’t turn the country off,” the president said. “We lose much more than that to automobile accidents. We didn’t call up the automobile companies and say, ‘Stop making cars.’ … We have to get back to work.”

Earlier in the day, New York Gov. Andrew Cuomo, in the state where almost half of all U.S. coronavirus cases are located, complained about not getting enough ventilators from the Federal Emergency Management Agency.

“We’re doing just that. We’re in the process of literally sending the entire national stockpile out. I want the people of New York to know we’re putting a priority on the state,” Pence said.

Trump responded later, somewhat differently. He said Cuomo had the chance to order 16,000 ventilators in 2015 for a pandemic response in the future, but declined to do so.