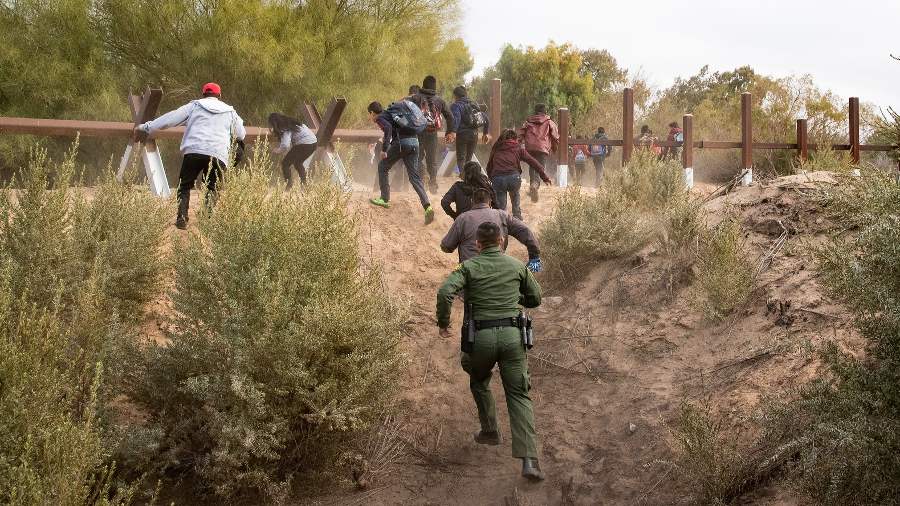 Fifty-three illegal immigrants died in a tractor-trailer in San Antonio on June 27 after unlawfully entering the U.S.

The Cost of Open-Border Policies

The rest of last week, it was revealed that multiple additional smuggling incidents had resulted in migrant deaths as smugglers attempted to evade law enforcement. Many have rightly blamed President Joe Biden’s open-border policies for these deaths and said that the current administration continues to reward smugglers’ actions and fails to do anything about the consequences.

Former acting Customs and Border Protection Commissioner Mark Morgan said, “They know full well the costs of their open-borders policies, but are pursuing them anyway — all for political benefit and pursuit of their personal ideology.”

The death toll for the June 27 incident far surpassed the 10 illegal immigrants who died inside of a truck in 2017 or the 19 who died in one in 2003 in or near San Antonio.

Under the administration’s policies, more illegal activity is occurring at the border and more migrants than ever are dying. In fact, former Immigration and Customs Enforcement director Tom Homan has asked why there has been no outrage over the 700+ migrants who have died while illegally crossing into the U.S. under the Biden administration. He says “the most vulnerable people in the world are putting themselves in the hands of criminal cartels to take advantage of what Biden, [Department of Homeland Security] Secretary Alejandro Mayorkas, and this administration have promised.”

In addition to those discovered dead by a municipal employee at about 6 p.m. on June 27, 16 additional migrants were found alive, but hot to the touch and under heat-related distress. Of those 16, four were children. All were rushed to the hospital and updates on their well-being have been released periodically.

So far, investigators with the Department of Homeland Security have apprehended three smugglers and confirmed that the operation involved aliens from Guatemala, Honduras, and Mexico.

After questioning the smugglers, investigators learned that the truck had encountered mechanical issues, prompting the smugglers to pull over and abandon the vehicle with the migrants still locked inside.

The migrants had no access to water, and the truck was sweltering in triple-digit temperatures with no air conditioning. The employee who discovered the abandoned vehicle heard sounds of distress coming from the truck and noticed a body on the ground next to the trailer’s partially open cabin door.

The three smugglers apprehended were charged in connection with the operation. One was under the influence of methamphetamines while driving the tractor-trailer.

The Cartels Are in Control

“This is the worst human-smuggling event in the United States,” said Homeland Security agent Craig Larrabee, adding that smuggling operations are directly linked to cartels, whose members have “no regard for the safety of the migrants.”

The cartels maintain a vast amount of control over the U.S.-Mexico border, exploiting it for drug and human smuggling.

According to Border Patrol agent Fidel Baca, the billion-dollar business of human smuggling keeps the cartels busy. He said the cartels sometimes charge more than $10,000 per person to smuggle illegal aliens into America, only to abandon them if their operation is in jeopardy.

A Customs and Border Patrol report released last year concluded that the cartels make up to $14 million a day through smuggling.

That sets a dangerous precedent and allows cartels to exploit migrants, telling them: “The U.S. border is nonexistent. Come as you please, and stay as long as you’d like.”

Even Mexican humanitarian workers say, “It would be hard to devise a system that benefits these cartels more than the current one does.”

The Administration Lies About the Crisis It Created

Not only have the president’s border and immigration policies created this crisis, the administration continues to lie to the American people and to refuse to accept responsibility for it.

Evidence to the contrary notwithstanding, White House press secretary Karine Jean-Pierre insisted that “the border is closed” when talking about the tragic June 27 deaths. With the tractor-trailer having been found in Texas, roughly 150 miles from the southern border, that’s patently false.

An open border and incentives for illegal immigration are not only detrimental to America’s security, but are also life-threatening to the illegal aliens who attempt the journey as a direct result of the Biden administration’s agenda and empowerment of the cartels.

The administration’s supposedly “safe, orderly, and humane” immigration process is anything but.

How many American lives need to be taken due to illegal-alien crime, and how many migrants themselves must die before the Biden administration enforces our laws and saves lives?