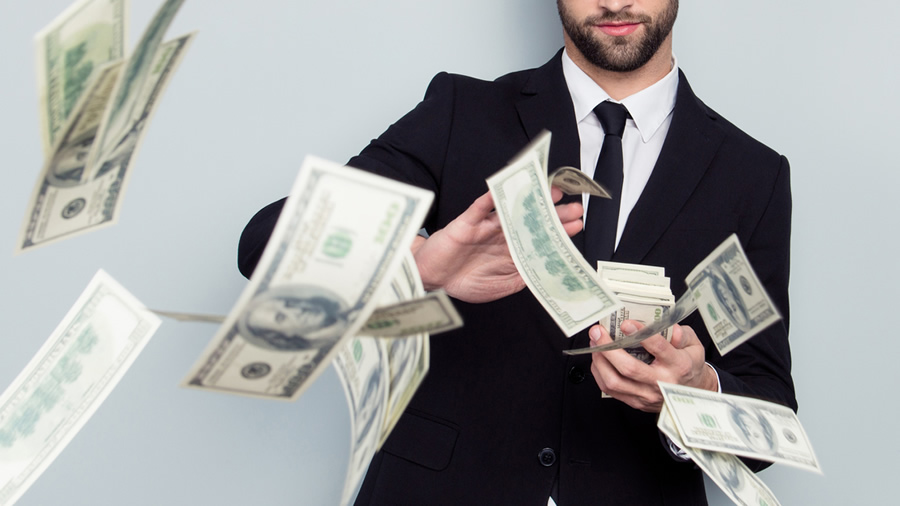 By The Ruth Institute Published on September 6, 2021 •

“OnlyFans decided that its pornography profits matter more than the dignity of women and children,” said Ruth Institute President Dr. Jennifer Roback Morse, Ph.D. “The initial decision wasn’t due to an attack of conscience, since the owners of OnlyFans have none, but by the fact that the federal government is breathing down their necks.”

Pornographers associated with the site are paid a per-view or monthly fee to access the material they’ve posted. Earlier this year, police in Dade County, Florida, arrested a couple for human trafficking and promoting a sexual performance by a child, after the friend of an underage girl saw explicit videos of her posted on OnlyFans.

“OnlyFans has grown fat on the suffering of children,” Morse said. “They hide behind euphemisms like ‘artistic expression’ and ‘inclusiveness,’ and cry ‘censorship.’ That’s absurd. The sexual exploitation of children is not only illegal, it violates every standard of decent human behavior.”

“We’re told that the site, which claims to have 100 million viewers and generate $3 billion in revenue annually, reversed course after an outcry from so-called sex workers, who use the site to sell their product. They said it was unfair to target their work. I say, ‘Tough. Too bad.’”

The National Center for Missing and Exploited Children said that in 2019, it was aware of 10 cases involving missing children associated with OnlyFans. So far this year, the number of such cases jumped to 80.”

Morse urged the Justice Department to “immediately launch a thorough investigation of the site and, if the evidence bears it out, to prosecute OnlyFans to the full extent of the law.”

A Bishop Puts Church Ahead of Trans Ideology

“The Ruth Institute is grateful to Arlington, Virginia, Bishop Michael Burbidge for his courageous stand against the ‘transgender’ ideology,” said Ruth Inst. President Dr. Jennifer Roback Morse, Ph.D. “Sadly, as so-called ‘trans-affirmation’ has come to dominate the culture, such courage is increasingly rare.”

In “A Catechesis on the Human Person and Gender Ideology,” a letter to fellow Catholics, Bishop Burbidge wrote, “The claim to ‘be transgender’ or to seek ‘transition’ rests on a mistaken view of the human person, rejects the body as a gift from God, and leads to grave harm. To affirm someone in an identity at odds with their biological sex or to affirm a person’s desired ‘transition’ is to mislead that person.”

Morse responded: “We at the Ruth Institute greatly appreciate Bishop Burbridge’s clear teaching.” The Ruth Institute is an interfaith international coalition to defend the family. “Our followers are willing to recognize reality, regardless of their religion, nationality, race or economic status.”

“It’s a fact of nature that a person’s sex is determined at conception and will be with them for the rest of their life. No one can change their sex any more than they can change their species. Neither hormone ‘therapy’ nor surgery nor being addressed with different pronouns alters reality,” Morse said.

Bishop Burbidge warned parents of the dangers of children being lured into the gender cult by schools and mass media. “This means the close monitoring of what your children receive via the internet and social media. Transgender ideology is being celebrated, promoted, and pushed out over all social media platforms and even children’s programming,” the bishop warned. 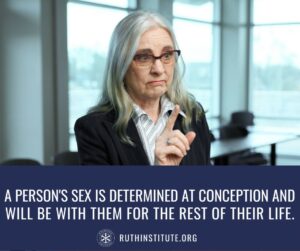 “We can confirm that,” Morse said. “In August, we warned that Disney Junior was pushing gender ideology to preschoolers. In one episode of Muppet Babies, Gonzo announced he wanted to go to a ball as a ‘princess’ in a tiara and ball gown. His wish was granted by his ‘Fairy Rat-Father.’ The rest of the episode was spent affirming Gonzo’s choice and deriding the characters who initially rejected it.”

“Thank God for clergy like Bishop Burbidge for having the moral fortitude to speak out against such dangerous delusions,” Morse said.

“As we’ve seen the introduction of managed care and the secularization of society, the doctor has become a barista. Patients come in and order what they want.” So begins Dr. Morse’s interview with Dr. Michael Parker, President of the Catholic Medical Association. “The physicians and health care workers are merely employees of a larger corporation whose job it is to fulfill the mission of the corporation.”

In this interview on the Dr. J Show, the Ruth Institute’s weekly video podcast, Dr. Parker talks about the significance of the Hippocratic Oath for establishing the relationship between the doctor, the patient and society. Specifically, the original Hippocratic Oath, which goes back 400 years before Christ, used to promise: “I will not give a lethal drug to anyone if I am asked, nor will I advise such a plan; and similarly, I will not give a woman a pessary to cause an abortion.”

Dr. Parker explains how the Hippocratic Oath has been watered down, rewritten or even abandoned. One modified version of the Oath says, “I will not prescribe any medications or do any procedures against the law.” This changes the relationship between the physician and the patient. The interaction between doctor and patient becomes more transactional, and less relational.

“Dr. Parker opened my eyes to the real significance of conscience protection,” said Dr. Jennifer Roback Morse. “I always thought it was primarily about religious scruples about performing certain procedures. But doctors’ conscience rights include much more: namely, the ability to exercise their best medical judgement, based on their experience and knowledge. Requiring doctors to always provide whatever service the patient requests really is a fundamental shift in the relationship between the doctor, the patient and society.”

Dr. Michael Parker, President of the Catholic Medical Association, spoke at the Ruth Institute’s Summit for Survivors of the Sexual Revolution, which focused on “Reclaiming the Professions for Life and Family.” His whole interview on the Dr. J Show, can be viewed here.

New episodes of the Dr. J Show are uploaded every Friday at noon Pacific Time. The Ruth Institute is an international interfaith coalition to defend the family and build a civilization of love.

Dr. Jennifer Roback Morse is Founder and President of the Ruth Institute and author of The Sexual State: How Elite Ideologies are Destroying Lives and How the Church was Right All Along. Mr. Don Feder, Communications Director of the Ruth Institute, contributed to this Dispatch.