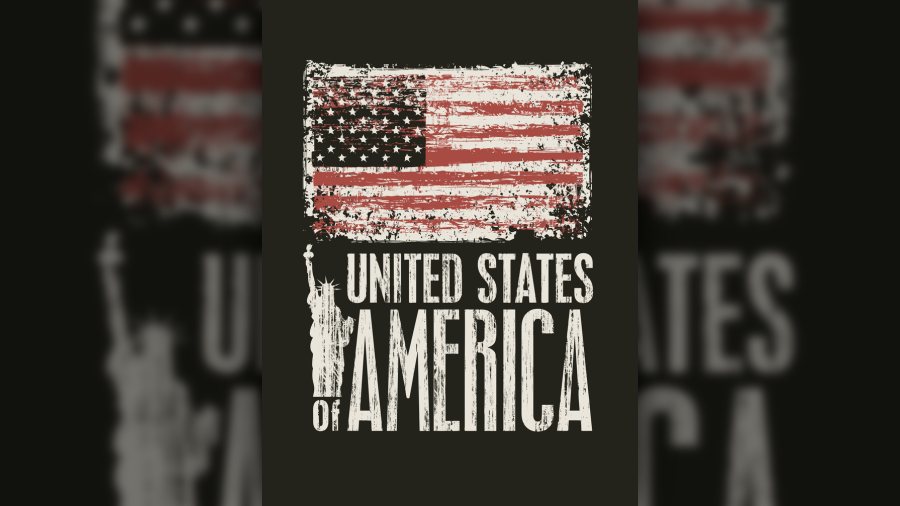 The inflamed mob filled the area surrounding the despised statue. After flinging dozens of ropes over it, the crowd heaved and down came that hated symbol of repression. The happy horde celebrated. I was unable to be there to witness this historic first toppling of an American statue because it happened on July 9th, 1776. The leaden statue was of King George III and it was melted down to make cannonballs and bullets. That was 244 years ago. An important number? I think so.

My problem is that I don’t believe in coincidences. Since there is no Hebrew word for it, I consider the concept to be false. Therefore a coincidence can be nothing but God’s way of camouflaging His design. Thus, to me, it is significant that so many of history’s empires and epochs of national dominance lasted about 250 years.

In America, the writing on our wall is no less clear than it was on the wall of Belshazzar’s palace (Daniel 5:5) when it signaled the end of the Babylonian Empire.

Long ago, the ancient empire of Babylon was formed under Hammurabi (of the famous ‘Code’) around 1780 BC and it was finally sacked by the Hittites in about 1530 BC. The exact dates are of course hard to pin down but what is clear is that it lasted about 250 years. Again, it is hard to pin the start of an epoch to a single year but there are good reasons to regard 1492 when Spain evicted the last Moslem from the Iberian peninsula as the start of the Spanish empire. Its natural ending can easily be seen to be about 1742 after the War of Spanish Succession which followed the death of Charles II. Thus for the Spanish Empire also, 250 years is a reasonable estimate for its duration.

There were several discrete periods in what we call the Roman Empire but the most stable of these, the Pax Romana, began with the rule of Augustus in 27 BC and pretty much ended when all illegal immigrants to Rome were granted citizenship in about 213 AD, about 240 years.

The further back one goes the more the exact dates are shrouded in doubt but a good guesstimate for the Assyrian empire is 860 BC to 612 BC for a total of 246 years.

One can of course quibble with some of the exact dates but what is certainly unarguable is that throughout history, when large numbers of people have united to build a society, that society nearly always seems to last about an average of 250 years.

Why 250 years? Whether in the fields of social science, biology, or history, almost everyone agrees that a generation is about 25 years. This is because of unchangeable biological realities about average lifespan and average age of reproductive maturity. The word generation derives from the Latin generare meaning beget. It follows that most empires last about 10 generations.

Apparently, the many strong and positive human qualities including steadfastness, initiative, vision, determination, resilience and courage so necessary to pioneer a society are the very qualities eroded by the affluence they create. They are eventually extinguished by the resulting decadence that comes from the success those qualities brought in the first place.

Each generation has a little less character strength than its preceding generation. Each generation’s parents want their children to “have it better than we did.” Invariably they mean materially not spiritually. Additionally, each generation views the previous generation’s luxuries as its necessities. Eventually, this seems to lead inevitably to a generation incapable of sustaining its own virility. The sad process typically takes about 10 generations.

I don’t know about you, but when I hear the phrase “10 generations” here’s what I think of:

Why does Scripture take over a dozen verses just to inform us that there were 10 generations in each sequence? I could have done it in one sentence. In fact, I just did!

Why it takes so many verses is because the Torah takes the trouble to list both the birth and the death of one specific person as the representative of each successive generation. For instance, we see in chapter 5; Kenan (v.9), Mahalaleel (v.12), Jared (v.15) and in chapter 11; Ever (v.14), Peleg (v.16), Reu (v.18).

The names are provided because each Hebrew name has a meaning which identifies that generation’s characteristics in the cosmic pattern of 10-generation-decline. For instance, someone who doesn’t know English well might read Shakespeare’s play, Twelfth Night and not realize that the character, Malvolio possesses a name that sounds a bit malevolent which provides a clue to his character.

Similarly, familiarity with English helps the reader of Sheridan’s School for Scandal recognize the implications of the names of characters like Sir Benjamin Backbite or Lady Sneerwell. None of them are merely names; they are meanings and clues.

In this fashion, the Hebrew names associated with each generation of chapters 5 and 11 in Genesis hint at the fundamental characteristics of that generation in the 250-year journey up to greatness and then down to oblivion.

The 10 generations might be briefly summarized as 1. Bold breakout and conquest, 2. Commercial expansion, 3. Splendid buildings, 4. Widespread affluence, 5. Zenith and the best of days, 6. Extending influence beyond borders with money instead of military, 7. Rising political power of women and of the intellectual and academic elite, 8. Influx of foreigners, 9. Eat, drink and be merry, 10. Internal political and civic fracture.

It is not hard to see how the roughly 250-year histories of many empires correspond to that Biblical schematic. In America, the era of bountiful foreign aid was followed by the growing influence of universities along with those they trained and then uncontrollable illegal immigration. The pattern is particularly clear in historical accounts of the rise and fall of the Roman Empire like that written by Edward Gibbon.

In America, the writing on our wall is no less clear than it was on the wall of Belshazzar’s palace (Daniel 5:5) when it signaled the end of the Babylonian Empire.  In our case,we see not only the rampaging rioters and the destruction of statues. It is also Boeing, the troubled aircraft builder recently firing its director, Niel Golightly, a former Navy fighter pilot, only because 30 years ago he wrote these eminently true words:  “Introducing women into combat would destroy the exclusively male intangibles of war fighting and the feminine images of what men fight for — peace, home, family.” Back then they were not controversial words. Today they are the reason to destroy his livelihood and harm the company.

More evidence of impending national extinction is the so-called environmental opposition that has just canceled the vital Atlantic Coast Pipeline that would have carried oil and gas to the fast-growing southern states. The Dakota access pipeline which was to have carried energy from northern Canada to the rest of America is also being canceled by the same extreme left lobby.

Meanwhile, with Denmark and Germany’s wholehearted cooperation, Russia is close to completing its Nord Stream 2 pipeline which will make much of Europe dependent on Russian oil and gas. Presidential candidate Joe Biden’s response? Destroying our energy independence and losing hundreds of thousands of blue-collar jobs is a small price to pay to stop global warming. Only six more years for America? Maybe if we’re lucky.

So, does America really have only about another six years? That would be the natural course of history. However, America’s destiny just might be supernatural! Though I cannot describe in detail the exact events that would mark the milestones of this nation’s restoration, I think it could happen. No guarantees, but a distinct possibility.

So, does America really have only about another six years?

My reason is that one other nation has successfully escaped the fateful pattern of 250 years — Israel. It is the society in which Jewish children can today comfortably and fluently read and understand the words of the Torah which appeared over 3,000 years ago. No other nation on the planet possesses a culture whose language is materially unchanged for three millennia.

Italian children cannot read the works of Cicero written in the language of Rome only two millennia ago. Greek children cannot read the Iliad or the Odyssey written by Homer in ancient Greek. But to the consternation of secular historians like Arnold Toynbee, Hebrew culture has remained alive. Jews are not fossils of history. The fuel that has granted the Jewish people immunity from the 250-year time limit is the system of Judeo-Christian Biblical values and its accompanying rules and restrictions that prevented their slide into decadence.

This system lay at the root of the culture that accompanied the Pilgrims across the Atlantic and it later informed the founders as they meticulously composed the documents of American exceptionalism.  As a result, nobody was surprised that the War of American Independence was propelled from the pulpits of colonial churches. Those momentous days are still thought of as the First Great Religious Reawakening.

Fewer than 100 years later, nobody was surprised when the force behind America’s grand abolition of slavery emanated from its fervent Christians. That period is often considered America’s Second Great Religious Reawakening.

In spite of how far down the 250-year slope America has slid, I remain hopeful because I think the country is about due for its Third Great Religious Reawakening. If and when this happens, all bets are off. If and when fervent Christianity enjoys a healthy revival and perhaps 100 million American Christians unify under the Biblical banner that the Pilgrims carried to Plymouth, everything comes back.

Because of America’s uniqueness and its deliberate similarities to ancient Israel, a comeback scenario is real. Even prominent political scientist and religious agnostic, Charles Murray, insists that the American republic can only survive with a revival of the religious values that the Founders depended on. The indomitable Christian warrior, David Lane, through his @AmericanRenewalProject continues to enlist thousands of courageous pastors and millions of their followers in bringing Biblical wisdom into the public square. There is hope.

There were times in Hebrew history mentioned by the Prophets when Israel slid further down than America today. But the nation repented and returned. America can do the same. I pray that it will.

Rabbi Daniel Lapin, president of the American Alliance of Jews and Christians, is a noted rabbinic scholar and Jewish leader, author of America’s Real War and Thou Shall Prosper and other best-sellers. A frequent guest on Fox News, WallBuilders Radio, and Glenn Beck TV, he hosts his own popular radio and podcast programs with international audiences. With his wife, Susan, he hosts the daily television show Ancient Jewish Wisdom on the TCT Television Network.