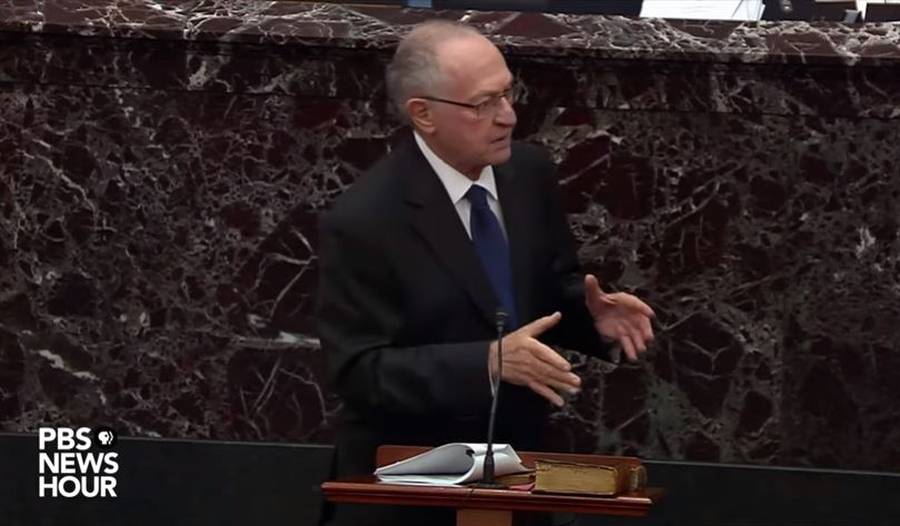 Now that the impeachment trial of President Trump is set to end in an acquittal with a formal vote on Wednesday, the Democrats have to delegitimize it. And that’s what they tried to do when the Senate reconvened on Monday for final arguments by House managers and Trump’s legal counsel, two hours for each side.

The mainline of attack by Democrats already is to claim it wasn’t a “real” trial — and won’t be a “real” acquittal — because no new witnesses were called in the Senate. Despite the House failing to call all their “wish list” witnesses at the appropriate time, during the impeachment “inquiry.” (They still had 17 witnesses testify — 18 if we include ICIG Michael Atkinson’s testimony concerning the “whistleblower.” Testimony Adam Schiff is still withholding.) That line of attack is bogus. It’s true that witnesses were called at previous impeachment trials, but not new witnesses. The fishing expedition was never allowed to continue — until this time because it’s Trump.

When House Democrats whine about Trump blocking witnesses, they’re trying to make you forget they could have taken any blocked subpoenas to court but chose not to. They also want you to forget that Trump got no witnesses at all, no cross-examination of the Democrats’ witnesses, and not even his own legal counsel to observe. They didn’t issue subpoenas and go to court because Trump has the constitutional authority to cite executive privilege for high-level White House confidantes. By not going to court, where they would almost certainly lose, they got to accuse him of hiding evidence. Bogus. This allowed them to add a second Article of Impeachment, “obstruction of Congress.” Also bogus.

Because of these glaring flaws, their “no witnesses” argument doesn’t do the job. So they knew they’d have to do more. They decided to attack defense attorney Alan Dershowitz’s argument that it’s impossible to completely separate national interest from political benefit. What he said made perfect sense, however, so to attack it they had to create a straw-man argument by distorting his words beyond all recognition. They make seem as if he thought a President could do anything he wanted, even commit a crime, to help him win re-election if he thought that was “in the national interest.”

Dershowitz has been remarkably consistent over the past few years when it comes to arguments that happen to benefit President Trump, though he’s far from a Trump supporter. In an August 2017 article in The Hill, he said something about the Mueller investigation that could just as easily be applied to Trump’s impeachment:

The idea of trying to create crimes just because we disagree with [President Trump] politically, and target him, really endangers democracy. [It] reminds me of what Lavrentiy Beria, the head of the KGB, said to Stalin. He said, “Show me the man, and I’ll find you the crime.”

Of course, Dershowitz was criticized by left-leaning commentators for defending Trump. He explained himself by saying, “My point is that we should not stretch existing criminal laws to fit political opponents with whose actions we disagree.”

“Columnists should base their criticism on what I actually say instead of relying on hyperbolic headlines and secondary mischaracterizations,” he added. “I have been consistent in criticizing the expansion of the criminal law to target political opponents for several decades, without regard to whether the target was a Republican or Democrat.”

It’s illuminating to look back at what his critics were saying during the special counsel probe: misquoting him, misinterpreting him, and then arguing not against what he actually said but the words and philosophy they found convenient to attribute to him.

Read this from 2017, and you will see: they’re doing exactly the same thing to him now.

At that time, Dershowitz compared Robert Mueller and his team to Captain Ahab from Moby Dick, saying, “They’re determined to get that white whale.” The Mueller investigation might have run its course, but Dershowitz’s observation can easily be applied to the Democrat Party as a whole. If anything, the goal of destroying Trump has become more intense, more desperate, more reaching.

In 2018, an article appeared in Politico that took a lingering and surprisingly fair — fair to him, but most assuredly not to Trump, Republicans or FOX News — look into Dershowitz’s legal mind. For when you have time, I recommend it, as some of its observations, pre-impeachment, can be seen differently now in light of the way Congress later chose to go after Trump on “obstruction of Congress.”

Legal experts at the time didn’t see why Dershowitz was bothering with a defense of Trump’s authority to fire Mueller, as they didn’t think he would face charges. But they were running into the same issue of “motive” that impeachment-hungry Democrats are exploiting today. Legal experts, obviously moved by their dislike of Trump, were distorting Dershowitz’s argument even then. They falsely claimed Dershowitz believed the President is above the law, “even higher than King George was.”

An example from the article of that attitude: “Keeping one’s bearings in the Trump era is hard. So many tectonic plates have shifted that it’s almost impossible even for experts to figure out how they ended up standing where they are.”

Statements such as this focus the blame for their own “shifting” on Trump himself. It’s like the abuser who says, “You made me attack you.” I say leftists who erupt in violence, refuse to accept valid election results and cry, “We’re gonna impeach the **!” should be held responsible for their own behavior. So should legal experts who misquote and twist someone’s opinion.  They are the ones who shifted the “tectonic plates.”

I’ve been through elections that were won by people I emphatically did not want. However, I didn’t scream at the sky, attack folks wearing the “wrong” hats or use false accusations and specious legal arguments to try to get those people removed from office. I kept my bearings; now it’s their turn.

Cult-Like Attachment to the Irrational

People behaving that way, even many who are highly educated, show a cult-like attachment to irrational arguments and will not be swayed by reason. In the words of comedian David Steinberg, it’s “like trying to explain alternate-side-of-the-street parking to a cranberry.”

Someone like Alan Dershowitz can talk until he’s blue in the face about objectivity and “the shoe on the other foot,” but such people will never come around if it has anything to do with Trump. Dershowitz can follow up his powerful defense of the Constitution with all the media appearances he can jam into his schedule, but since those principles, in this case, happen to benefit Trump, he won’t change minds. He can help inoculate rational people against being swayed by the sheer force and number of irrational arguments, but that’s about all.

Dershowitz appeared multiple times on FOX News over the past few days to explain how Trump’s political opponents have mischaracterized what he said. Of course, he has to know that the mere act of going on FOX News will only amplify the negative opinions of those who despise him for “helping Trump.” Some of them had already compared him (of all people) to Adolf Hitler. Now they’ll … well, they’ll compare him to Hitler again! And Stalin! And in a louder voice!