One in Five Democrats Believe Men Can Get Pregnant: POLL 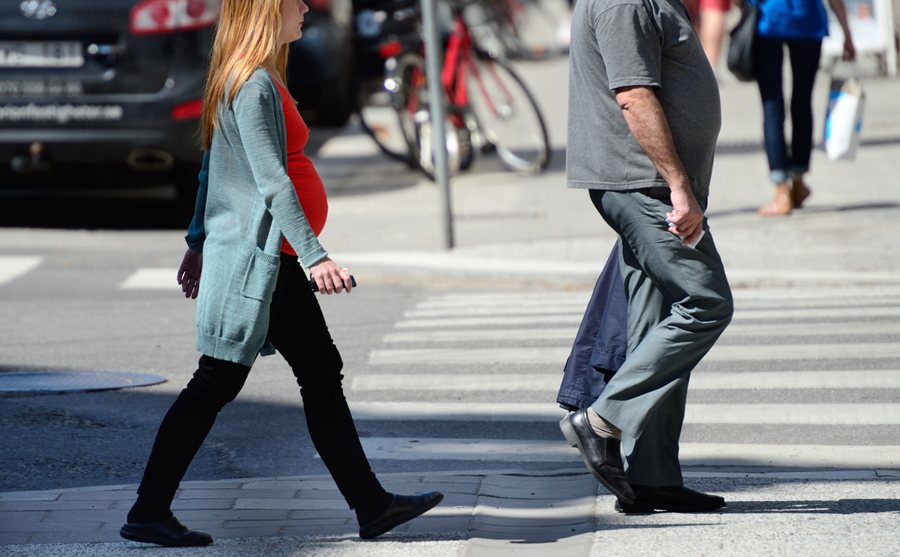 Nearly a quarter of Democrats believe men are capable of getting pregnant, according to a recent poll.

Democrats were far more likely than the general population to believe that “some men can get pregnant,” with 22% of Democrats saying they believed the prompt, including 36% of white, college-educated female Democrats, according to the poll conducted by WPA Intelligence and reported by the Daily Wire. This apparent shift away from a conventional view of gender comes after rigorous efforts from activists and media outlets to use gender-neutral language when discussing pregnancy in the name of transgender inclusion.

“Overall, few Americans think men can get pregnant,” WPA Intelligence managing director Conor Maguire said, according to DW. “But with 36% of a core Democratic constituency (college-educated white Democratic women) and one out of five Democrat voters believing this, one can see why Democratic leaders coddle the radical gender theory movement.”

Activists promote gender-neutral phrases like “pregnant people,” “menstruators” and “birthing parent” to discuss female health issues in order to accommodate females who identify as transgender men, although some have chosen to move away from this language when discussing abortion in order to ensure that it remains a woman-specific issue.

This type of “inclusive language” is appropriate because it acknowledges transgender and nonbinary individuals who can get pregnant but don’t identify as women, according to commentary published by the American Civil Liberties Union (ACLU) after Roe v. Wade was overturned. The article also argued that both abortions and sex change procedures for transgender people were forms of life-saving health care.

“As a bisexual transgender non-binary person, I can become pregnant. I am not a woman — and yet, I could need access to abortion care,” the author wrote.