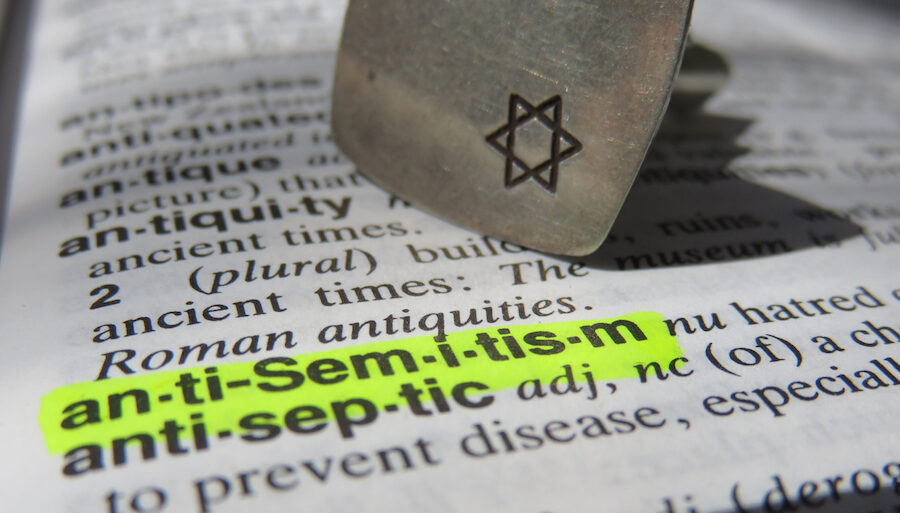 Last month, Rev. Jerry Pillay, former general secretary of the Uniting Presbyterian Church in Southern Africa was elected to lead the World Council of Churches. This is a prestigious and influential position. Yet Rev. Pillay has compared Israel’s treatment of Palestinians to “apartheid,” even speaking of the “exclusionary and violent character of the Israeli Zionist project” back in 2016. This should raise concerns for Christians from all backgrounds.

Has the Church not learned by now that antisemitism does not mix well with the teachings of Jesus? And that anti-Zionism often masks an underlying antisemitism?

This is all the more true with Rev. Pillay, the dean of the University of Pretoria, who should really know better. After all, as a black South African he understands the real nature of apartheid and how evil it is. Blacks under South African apartheid had no equal rights at all.

Such is not remotely the case among Israeli Arabs. They represent 20% of the population and have full legal rights. They are elected and selected as leaders throughout Israeli society at the highest levels, including members of the government.

There are two Arab parties in the Knesset, Israel’s Parliament, while Arab judges serve throughout the Israeli court system, from the Supreme Court all the way down to local labor courts.

Arab Israelis are present in all sectors of media and are active in the healthcare system as well as almost every business sector. They even serve in Israel’s army and security services.

Where is the apartheid?

Charges of Apartheid Do Not Apply

Sadly, by elevating Rev. Pillay to this senior leadership role in the World Council of Churches, the WCC has also elevated his anti-Zionism and antisemitism.

Rev. Pillay could reply that he was speaking only of the treatment of the Palestinians living in Gaza Strip and Judea-Samaria (commonly called the West Bank). But there, too, the charges are false, since the Israeli government has sought to find fair and equitable solutions for the people living there, but the Palestinian leadership has consistently let their own people down. And even still, charges of “apartheid” do not apply.

Ironically, but not surprisingly, within days of the announcement that Rev. Pillay would lead the WCC, “The US Presbyterian Church voted to declare Israel an apartheid state and establish a Nakba Remembrance Day, as well as passing two other resolutions highly critical of Israel on Tuesday at the American religious body’s 225th General Assembly.”

They declared that “Israel’s laws, policies and practices regarding the Palestinian people fulfill the international legal definition of apartheid,” alleging that Palestinian Arabs are systematically oppressed with the goal of racial domination.

The PCUSA claims that Arabs living in Israel and Biblical Judea and Samaria (the West Bank) have “an inferior status” and Palestinian Arabs are unable to participate in the “political, social, economic and cultural life of their country.”

Disregarding the fact that Israeli law applies to all Israeli citizens — Arabs and Jews — and that Palestinian Arabs are governed by laws within the Palestinian Authority, the PCUSA claims that two sets of laws exist for Israelis and Palestinian Arabs, asserting that they oppress and discriminate against the latter.

Is There No Other Side to the Story?

Yet not only that there is no basis for comparison to the allegations of apartheid, but Rev. Pillay and the PCUSA seem to disregard Palestinian Arab delegitimization of Israel’s very right to exist. And what of the steady stream of attacks against Israeli Jews, often spurred on by the rhetoric of the Palestinian leaders? Is there no other side to the story?

Remarkably, despite its extreme biases and, one could argue, heretical beliefs, the PCUSA wants to use its position to be peacemakers. They state their position “is pursued with the hope it will lead to a peaceful reconciliation for the people of Israel and Palestine similar to that which occurred in South Africa when apartheid was internationally acknowledged.”

So, just “Christians spoke out in the 1950s against segregation in the United States and later against apartheid in South Africa,” today, “They must again raise their voices and condemn Israel’s discrimination against Palestinians and give a name to the crime against humanity that this discrimination represents, the crime of apartheid.”

Israel Held to a Different Standard

One of the elements of antisemitism is the holding of Jews to a different standard than others. So, we ask, where are the PCUSA resolutions decrying actual crimes against humanity rather than ascribing this hateful allegation only to Israel?

If it wasn’t enough to misrepresent what apartheid was and how it does not apply to Israel, the PCUSA resolution went even further by evoking the Holocaust.

“After World War II when the horror of the Nazi Holocaust was revealed, Jews around the world said ‘never again.’” And this is now being used against the Jewish people in Israel, who are still in a daily fight for survival?

The statement continued, “Christians too vowed that never again would they be silent if a government passed laws establishing and maintaining the domination by one ethnic group over another ethnic group through systematic separation, oppression and denial of basic human rights. Silence in the face of evil was wrong then, and it is wrong now.”

So, today, it is the Israeli Jews who are the Nazis and the Palestinians who are the innocent Jews. Does the PCUSA have no shame? Is this denomination that tone deaf to historical and contemporary realities?

And yet there is more.

They Want to Rewrite the Dictionary

In order to counter charges that the PCUSA is antisemitic, the leaders recommended that the church replace references to antisemitism with “anti-Jewish,” asserting that antisemitism “encompasses other people groups in addition to our Jewish siblings.”

But as we all know, the term “antisemitism” was coined with reference to Jews alone, not all Semitic peoples (such as the Arabs today or the Babylonians of old).

There is no ambiguity here at all, but rather than be charged with antisemitism (certainly a fair charge), they want to rewrite the dictionary. Seriously? What would Jesus say?

Jonathan Feldstein is President and CEO of the Genesis 123 Foundation, Genesis123.co, and RunforZion.com

Theological Antisemitism at Home in the Presbyterian Church