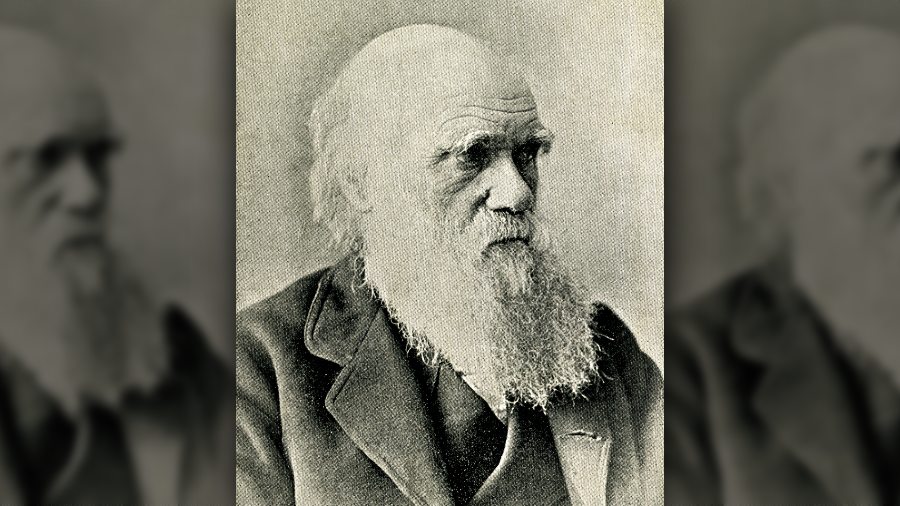 February 12th is Charles Darwin’s birthday. There aren’t many individuals who have had as much influence on the world as this one man. He is the godfather of the Theory of Evolution and the Materialistic worldview that embraces it. And, for that reason, he is the target of a lot of ire from religious believers.

I disagree with almost everything Darwin represents. But I am also a proponent of attacking ideas, not persons. We shouldn’t blame Darwin for what contemporary science has done with his theory. I am no scientist, but I greatly appreciate the scientific enterprise and the experts who practice it. There is no denying that Charles Darwin was a brilliant man and an accomplished scientist. And I believe he was sincerely seeking to find the truth through his scientific investigations. But when you consider his background, it’s hard to deny that his life experiences didn’t taint his ability to examine things objectively. Charity demands that we should cut the guy some slack. If you know anything about the origin of Darwinism, I hope you’re compelled to agree.

Charles Darwin was brought up in a non-conformist, Unitarian, “freethinking” family. That alone implies that he developed an unorthodox view of God in general and of Christianity in particular. But he also lived at a time when the modern Enlightenment mindset was exploding in popularity. Science and technology were changing the world rapidly. And God was turning into a passé answer to any question. Crazy as it sounds, Darwin began his pursuit of higher education at Cambridge University where he studied to become an Anglican clergyman. And he doesn’t seem to have doubted the literal truth of the Bible as an authoritative source for morality while he was there.

At that point, Darwin wasn’t an atheist. In fact, he claimed that “an agnostic would be the more correct description of my state of mind.” He thought of religion as community survival strategy. But he still believed that God was the ultimate moral lawgiver. Though he was suspicious of the Bible’s historical reliability, it doesn’t seem appropriate to label him as an anti-theistic monster. So, I don’t.

The Perennial Problem of Evil

All that said, I do believe Darwin suffered from a serious case of The-God-I-Believe-In-Wouldn’t-Do-It-That-Way mentality. That is, and always has been, the most common objection to God’s existence. Like many before and after him, Charles Darwin simply could not handle the Problem of Evil. He couldn’t accept the idea that an omnipotent, omni-benevolent Deity would allow all the pain and suffering he saw in the world. For instance, Darwin couldn’t wrap his head around the idea that God would create a wasp that stung a caterpillar to paralyze it, and then use it as an incubator and food source for the wasp’s own eggs. What kind of demented deity would design a world like that?

The Problem Gets Personal

Charles Darwin had real trouble reconciling his view of science with his view of morality. And then he experienced one of the most horrific tragedies any parent could face. His ten year-old little girl, Annie, died. The pain of that experience followed Darwin for the rest of his life. And it’s palpable. You can feel it in a passage of Milton’s poetry that was found marked in one of Darwin’s favorite books after he died …

Surprised by joy — impatient as the Wind
I turned to share the transport — Oh! With whom
But thee, deep buried in the silent tomb,
That spot which no vicissitude can find?
Love, faithful love, recalled thee to my mind —
But how could I forget thee? Through what power,
Even for the least division of an hour,
Have I been so beguiled as to be blind
To my most grievous loss? — That thought’s return
Was the worst pang that sorrow ever bore,
Save one, one only, when I stood forlorn,
Knowing my heart’s best treasure was no more;
That neither present time, nor years unborn
Could to my sight that heavenly face restore.

Annie died in 1851. And from that point forward, Charles Darwin labored to disassociate God from the title, “Grand Designer.” In his mind, no loving God would design a world that had been so cruel. His goal was to replace God with some natural explanation for life. He wrote On The Origin Of Species in 1859.

How would any of us respond to the pain of losing our own child? It’s the kind of thing that makes emotion smother reason. Charles Darwin was a very smart man. But the pain and suffering that accompanies life was too much for him. I’m not saying it completely explains his thinking. But it would be hard to deny its impact. That’s why I think we should be charitable to the man. Instead of demonizing him, we should extend him grace. There is no doubt that later atheists and God-haters have used what has come to be known as “Darwinism” to do away with God. But that doesn’t make Charles Darwin a God-hater.

Maybe Darwin’s genuine revulsion toward the reality of evil led him to explain it away — to relieve God of the moral responsibility he would incur for allowing it. Maybe Darwin respected God too much to lay the blame for pain and suffering on Him. Religious skeptics are quick to claim that God is just a psychological crutch for weak-minded people. So, if psychology can explain why some people believe in God, maybe it can also explain why some people don’t believe in God.

Either way, how about we stop focusing on persons (no matter what their claims) and start focusing on evidence.

When it comes to evidence, Charles Darwin was operating at a severe disadvantage from us. He thought the cell was a glob of gelatin. No one had discovered the intricate details of the cellular machinery or knew that it operates as a highly designed factory.

Charles Darwin knew none of that. He told a story. A really compelling story. But the evidence we have today undermines the story.

Darwin didn’t know about DNA and the massive amount of information it holds. He had no clue that DNA is a digital information system — the kind of thing that doesn’t originate from an unguided process.

He postulated that life could have begun spontaneously in some “warm little pond.” It would be nearly 150 years before origin of life scientists would discover the utter intractability of the questions and problems surrounding the issue of how life began.

Charles Darwin knew none of that. He told a story. A really compelling story. But the evidence we have today undermines the story. Organisms adapt to their surroundings. Nobody doubts that. But that doesn’t explain where life came from or the nature of the process that perpetuates it. It certainly doesn’t even pretend to explain human consciousness.

So let’s play fair. Maybe Darwin did manufacture his theory because of a psychological inability to deal with the pain he saw in the world. But that doesn’t make it false. We all have to admit that God allowing evil is a tough pill to swallow. But that’s a different question.

Let’s just evaluate Darwinism on scientific grounds. That’s where we differ. The evidence just doesn’t support the case that’s been made in his name. We are to be respecters of men, but not of ideas — especially ideas that are both harmful and untrue. I prefer to disagree with Darwinism and leave poor Charles Darwin alone.