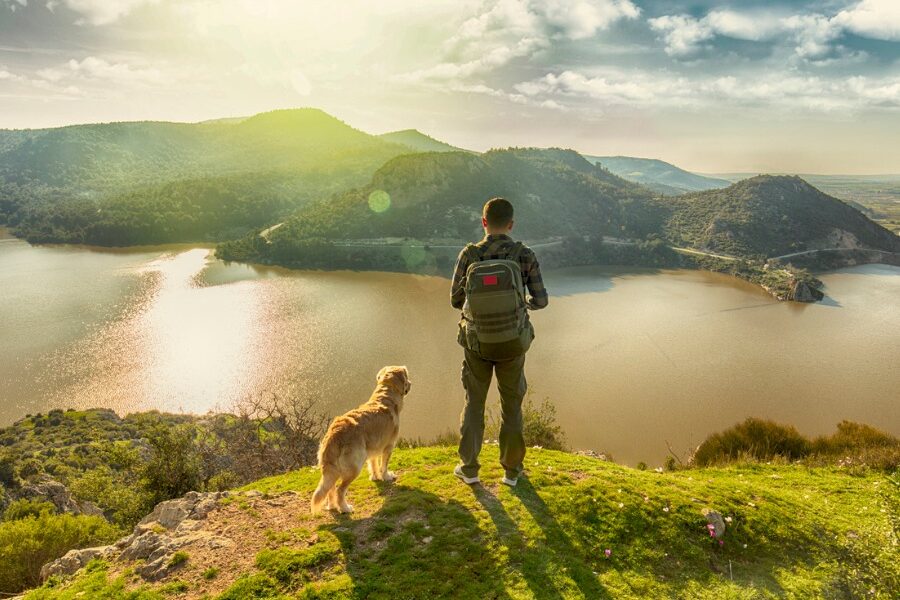 April brings Earth Day and, for many of us, spring cleaning. The ideal is to combine both of those concepts. We want to celebrate the Earth by leaving it cleaner for future generations.

The question is how to get there. Some point to big government solutions, such as the Green New Deal with its regulations and taxes, or the Paris Agreement, which merely gives China a political and public relations pass to continue saying one thing while doing another.

Allow us to suggest a more effective solution: promote economic freedom, and the growth and cleanliness that goes with it.

Economic research by many organizations — including The Heritage Foundation, Canada’s Fraser Institute, and Yale University — across recent decades proves that freer economies are cleaner economies. In large part, that’s because a system rooted in economic freedom generates more wealth for individuals and societies, which they can invest in protecting the environment.

As the authors of Yale’s most recent Environmental Performance Index put it:

We find that economic liberalism is positively associated with environmental performance. While our results do not give countries carte blanche to pursue laissez-faire economic strategies without regard for the environment, they do cast doubt on the implicit tension between economic development and environmental protection.

Prosperity lifts people out of pollution because it gives them the time and power to demand a cleaner environment. We see this in the environmental Kuznets curve, which depicts an inverted-U relationship between both pollution and economic development.

Here’s How It Works

Here’s how it works: Economic growth, at first, leads to greater pollution as people and institutions prioritize jobs and income over the health of the environment. Over time, however, that wealth means more resources are available for environmental protection. Citizens demand that their countries reduce pollution. An increase in wealth and prosperity allows people to place a higher priority on environmental protection, and it means they can afford the costs associated with pollution control technologies.

As Yale’s Environmental Performance Index shows, there is a strong correlation between gross domestic product per capita and a country’s environmental score. It finds that “wealthy democracies typically rise to the top of our rankings.” The foundation of the trend toward greater per capita wealth, stronger democracies, and less poverty is economic freedom.

Consequently, an economic system rooted in limited government and free enterprise should be central to a country’s environmental objectives.

This is especially true when it comes to a long-term threat such as climate change. The world will not be able to meaningfully reduce carbon dioxide emissions by giving things up. There are simply too many people on Earth who will want the lifestyle that most of us in the West already enjoy.

Instead of asking others to throttle down their economies, the U.S. should spread economic freedom to give them an economic ladder to help them boost clean growth. And the U.S. should be exporting our clean energy technologies so everyone else can trim emissions, just as we are.

Consider: The 2020 Environmental Protection Agency inventory on greenhouse gas emissions reported that in the U.S., “since 2005, national greenhouse gas emissions have fallen by 10%, and power sector emissions have fallen by 27% — even as our economy grew by 25%.” That trend will only accelerate with the widespread adoption of electric vehicles and the growth of renewable wind and solar energy.

Economic freedom is the opportunity, not the threat.

The available data from 155 countries observed in five-year periods between 1975 and 2015 indicate that economic freedom not only reduces overall CO2 emissions but also shifts the top point of the [environmental Kuznets curve] to the left. As such, the evidence suggests that the transition to lower emissions technology appears at an earlier stage in economically free societies.

Free, competitive markets that aren’t hindered by heavy-handed government distortions will drive investments in cleaner, more efficient technologies and more resilient infrastructure. Such markets will lead to a reduction of greenhouse gas emissions and improve humanity’s ability to adapt to a changing climate.

The correct economic and policy environment cultivates a system that rewards innovation, efficiency, and stewardship. We can improve the future of the Earth by unleashing the power of economic freedom.

Drew Bond is the president and co-founder of C3 Solutions.

The Daily Signal publishes a variety of perspectives. Nothing written here is to be construed as representing the views of The Heritage Foundation.