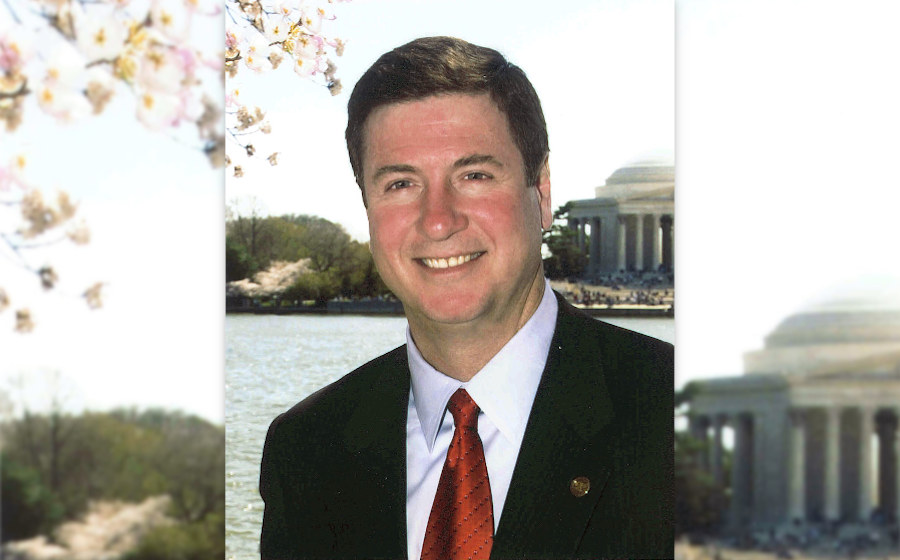 Hurricane Felix appeared headed toward Virginia Beach, with some computer models showing it could whack the area with wind gusts exceeding 100 miles per hour and up to 10 inches of rain.

Gov. George Allen had a choice to make.

“All the emergency management people were saying we need a mandatory evacuation,” Allen, now a former governor and senator, recalls of the 1995 storm during a phone interview with The Daily Signal. “They were looking at the worst-case scenario. But I didn’t want to make those people do that and leave their homes.”

Allen understands the pull of taking absolutist precautions versus the practicality of maintaining stability — be it before a natural disaster or after a terrorist attack.

When It’s Your Call to Make

He has navigated major emergencies. He regularly responded to major storms and flooding as Virginia governor from 1994 to 1998 and represented the commonwealth in the U.S. Senate during the 9/11 attacks and subsequent national security debates.

“As a leader, you have to get all the information and then balance it,” says Allen, 68, now a member of The Heritage Foundation’s National Coronavirus Recovery Commission. “You have to pre-position assets, coordinate all the different assets, and activate the [National] Guard.”

“As a leader, you have to get all the information and then balance it.”

The 17-member commission — made up of leaders with experience in government, medicine, business, and religion — has proposed a five-phase plan and this week offered 47 recommendations regarding that balance for the first two phases, with more to come.

A guiding principle for the commission, with the mission of helping reopen the country gradually in the wake of the coronavirus pandemic, is that good public health policy is good economic policy.

After Recommendations to Call for an Emergency Evacuation, Felix Didn’t Hit Florida

Finding balance is what Allen says he had to do during the 1995 hurricane. As governor of Virginia, he was reluctant to uproot residents forcefully based on a worst-case scenario but sought to protect as many lives as possible.

Matters got more complicated when some fellow Virginians vowed not only to stay put but to throw “hurricane parties,” Allen says, recollecting his chagrin.

Ultimately, the governor took a middle course, declaring a state of emergency and issuing an advisory asking those in the hurricane’s path to move children, the elderly, or others who couldn’t fend for themselves out of harm’s way.

By the time Hurricane Felix hovered over Virginia Beach, it was — as one news story called it — “barely” still a hurricane. It never made landfall. Felix’s winds and rain did, however, bring severe damage to the coasts of New Jersey, Rhode Island, New York, North Carolina, and Puerto Rico.

As a Senator, Allen Again Balanced Risk and Cost After 9/11

Prohibited from a second consecutive term as governor by the Virginia Constitution, Allen sought and won a U.S. Senate seat in 2000. He took the oath of office in January 2001, less than nine months before the worst terrorist attack in American history.

After terrorists flew airliners into the two towers of the World Trade Center, the Pentagon, and a field in Pennsylvania, all of the nation’s airports closed for a few days.

However, on the advice of the Secret Service, the George W. Bush administration closed down Ronald Reagan Washington National Airport, essentially until further notice. The move was based on the fear that the airport in Arlington, Virginia, just miles from the White House and U.S. Capitol, could be used as a launching pad for another attack on America.

After the shock of the 9/11 attacks, anything seemed possible. Here again, Allen pushed back against the worst-case-scenario.

“The Secret Service is paid to be paranoid,” Allen says jokingly. “Reagan National Airport has a degree of difference from other airports that kept it closed. I understand that. None of the planes in 9/11 took off from Reagan National, but it was considered an easier spot to divert a flight and attack vulnerable areas.”

Allen, a Republican, teamed with Rep. Jim Moran, D-Va., in a bipartisan push to reopen the airport. He recalls:

If it were up to the Secret Service, Reagan National would have never been opened. Because of a government action, all of those vendors in the airport were closed. I did more fighting with the Bush administration and conservative Republicans in the Senate than anyone else. They were telling me, ‘Don’t you understand, George? This is a national security issue.’

After 23 days of closure, Reagan National reopened to commercial air traffic but initially allowed only eight destinations before gradually easing restrictions. The airport didn’t reopen to general aviation — private and charter flights — until 2005.

“We couldn’t make sure 100% no plane would ever be diverted, but we had to balance the risk and mitigate,” Allen says.

Tackling one of those mitigating factors, Allen, a member of the Senate Commerce Committee, worked with Sen. Barbara Boxer, a liberal Democrat from California, to ensure that pilots would be armed and the cockpit door sealed.

“You can’t have paranoia paralyze a country, then or now,” Allen says, referring to the COVID-19 crisis.

That’s why “balance and proportionality” are necessary, he says, to keep Americans safe from the virus but “not kill off their livelihoods” in doing so:

We can reopen the economy with the proper sanitary precautions and social distancing — no shaking hands, maybe waving, bowing, or saluting. For the government to designate what is essential and nonessential is very arrogant. Those businesses are very essential to the people working there.

How and when reopening occurs should be determined at a community-by-community level, Allen stresses, as some jurisdictions have seen almost no impact from COVID-19 while others have been devastated.

“You can’t have paranoia paralyze a country.”

Gates City is a small Virginia town of about 2,000 that is the Scott County seat.

Governors, Not the President, Need to Make the Calls

Allen says he was relieved when President Donald Trump announced a three-phase plan based largely on suggestions to governors for reopening their states, but not mandates.

He admits to being a little perplexed by Trump’s comment about being uniquely empowered (“I have the ultimate authority”) to reopen the nation’s economy.

“I don’t know what was going through the president’s mind when he said that,” Allen says with a bit of a laugh, adding that the president made the assertion in response to a reporter’s question.

“Even if it could be construed as constitutional, which is questionable, that the federal government can run the recovery, it would be impractical,” Allen says. “Each governor can look at different parts of their state and decide.”

Reading Dostoyevsky and Contemplating Freedom During the Coronavirus Shutdown