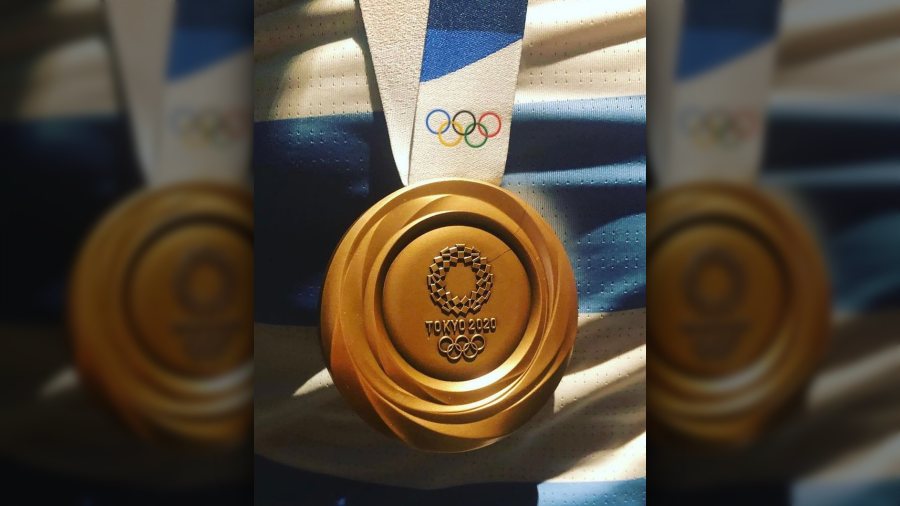 The Olympics ended Sunday night, though many of us hardly noticed they were on. It’s hard to cheer for athletes representing our country who don’t seem to actually like our country. That, plus the insufferable push to sexualize these games have turned many of us off.

This is a shame, because there were a number of inspiring athletes competing in Tokyo this year whose performances and stories are worth knowing and celebrating.

Sydney McLaughlin is certainly one of them. After winning the gold medal in the 400m hurdles last week, she said, “What I have in Christ is far greater than what I have or don’t have in life.” She then went on to say, “I pray my journey may be a clear depiction of submission and obedience to God.”

These are athletes who have found in Christ that which is “more lovely than silver, and more costly than gold.”

Another female runner who shocked the world is only a teenager. Athing Mu won Olympic gold in the 800m as a 19-year-old. She’s the first U.S. woman to win the event since 1968. In an interview in June, Mu said, “As a follower of Christ, our main goal is to live in the image of Jesus in order to connect to God.”

And then there is Tamyra Mensah-Stock, the first African American to win gold for the U.S. in wrestling. Her interview after the Olympics will bring a smile to the face of any American, and her testimony of God’s faithfulness put it all in perspective. Before the Olympics, she told Faithwire that “It’s by the grace of God I’m even able to move my feet … I just leave it in His hands, and I pray that all the practice … my coaches put me through pays off and, every single time, it does.”

Mensah-Stock also noted that her dad would have been the loudest one cheering in the room. Tragically, he died in a car crash after one of Tamyra’s wrestling meets in high school. He likely would have approved of the way his daughter responded after winning the gold, she said in an interview that has gone viral. In it she stated, “I love representing the U.S. … I love living here. I love it. And I’m so happy I get to represent the USA.”

Another U.S. Olympian who set a record despite incredible challenges is 400m sprinter Allyson Felix. In Tokyo, she earned the distinction of becoming the most decorated U.S. track star in history, with 11 medals over five Olympics. However, she almost didn’t live to see this one.

She’d already won six gold medals and three silvers before becoming pregnant in 2018. Faced with a choice between her career and her child, Allyson endured a challenging pregnancy that nearly took her life and that of her unborn baby, who was delivered at 32 weeks by emergency C-section.

Felix lost 70 percent of her endorsement pay with Nike after becoming pregnant. The sports brand wanted her to get an abortion to preserve her career. Instead, Felix chose life, and the stress of juggling motherhood and being an Olympic sprinter over an abortion.

There are other stories, too, including those of athletes from other countries. After defeating New Zealand for the gold in men’s rugby, the Fiji national team sang a hymn: “We have overcome, by the blood of the lamb, and the word of the Lord, we have overcome.” It was a wonderful moment, and a wonderful reminder that whether we win in rugby or anything else, the most certain thing in the world is what Jesus Christ has done for us, not what we will ever do.

U.S. wrestler Kyle Snyder faced his familiar Russian foe for the gold, but came up short. “I’m a competitor so I hate to lose,” said Snyder, but winning doesn’t define him. As he told an interviewer back in June, “God alone defines me. I’m always consistent with my Scripture study and prayer, and during the pandemic I was able to continue to grow and focus on God and hear what He wanted to teach me.”

These stories offer a more complete picture of the Olympics than what has been portrayed in so many media reports. These are athletes who have found in Christ that which is “more lovely than silver, and more costly than gold.”

Sheila Walsh on Simone Biles: I Was Shamed for Putting My Mental Health First, Too. I Applaud Her Courage