Old Friend of Trump Makes the Case: He’s Not Racist! 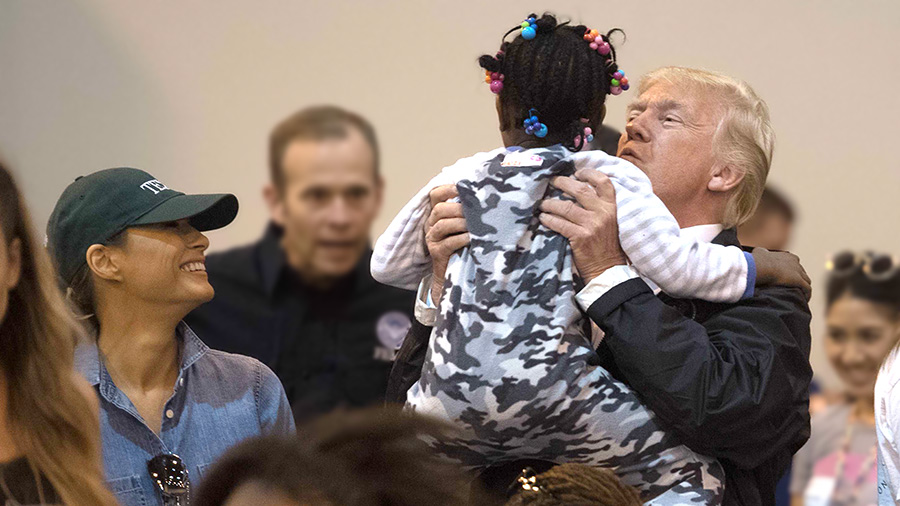 Many Trump supporters have reached their breaking point from all the groundless accusations of racism and white supremacy being leveled at the President — and, by extension, at them. Count me among that group. I’ve never seen anything like this in my life. If you are unfortunate enough to be watching CNN (maybe you’re stranded at the airport), you will think the whole world has gone freaking crazy. But it really hasn’t. We know what’s going on: Democrats desperate to retake power are caught in the grip of a mass hysteria. They’ve simply shifted focus from “Russia” to “racist.”

As Much a Racist as He is a Russian Agent

Trump is no more a white supremacist than he is a Russian agent, yet that nonsense was all we heard for three years. Breathless reporters accused Trump of conspiring with Vladimir Putin to get elected President, which would make him a traitor to his country and subject to punishments up to and including execution. When that fantasy fizzled, and the dream of impeachment faded (until they can stir it back up), it had to be replaced by something else just as baseless and far-fetched. Now, instead of being an election-stealing puppet of Putin, Trump is a card-carrying, hood-wearing, cross-burning, code-talking, immigrant-hating white supremacist. And so is anyone who supports him, or even just doesn’t sufficiently hate him.

I know Donald Trump well, and have gone on record saying I don’t believe he’s racist. In order to maintain that he is, his political enemies have had to twist his words and say he meant something other than what he did. Prime example: For the thousandth time, Trump was not talking about white supremacists in Charlottesville when he said there were “good people on both sides.” He was talking about the good people who disagree on whether or not to take down historic Confederate monuments. There are good people speaking from their hearts on both sides of that argument. When I hear people distort what Trump was talking about here, it leads me to dismiss everything else they have to say. They are helping perpetuate a lie, either deliberately or through ignorance. There are countless examples of this.

How do you prove someone is not a racist? They say it’s impossible to prove a negative, but, actually, in this case, it looks to me as though we pretty well can. There’s just no evidence that Trump is a racist, but plenty to suggest that he is not. Andrew J. Stein, a former president of the New York City Council and former president of the Manhattan Borough, says in a new piece for The Hill that he’s known Trump since 1973 — that’s close to half a century — and has “never seen any indication of any form of racism.” In fact, he’s seen the contrary.

Trump certainly doesn’t always choose his words in the most sensitive way, but he has shown he cares about people of all races by what he has done. (Why is it that, to Democrats, paying politically-correct lip service to “oppressed” groups is so much more important than actually helping them?) According to Stein, when black or Hispanic groups have needed help, Trump was there — typically without publicity. For example, when Stein needed to get donated materials down to Puerto Rico after a devastating hurricane in the 1980s, he called Trump, who provided them with a 727 jet. Gosh, he must have forgotten that Puerto Rico is full of “brown people.”

When it’s money that will help solve the problem, Trump will write a big check. Trump helped pay for the senior center for the largest black church in Queens. Sometimes it’s to help an individual or family, as when he helped get an African-American woman with two young kids off the street and into low-income housing, also in Queens.

Stein points out that Trump’s criticism of Rep. Elijah Cummings of Maryland had nothing to do with Cummings’ race, though Cummings is doing all he can to further the false “Trump is a racist” narrative. I’d put it this way: Trump said Baltimore was a rat-infested mess because Baltimore is a rat-infested mess. He was speaking an obvious truth. Trump is no more racist than the rats, who don’t notice the color of the people in a homeless camp or trash-strewn sidewalk or slummy apartment complex before deciding to “infest” it. Rats are an equal opportunity infestation. They would “infest” Nancy Pelosi’s lovely San Francisco home if they could, but her household staff would quickly dispense with the rodent problem. Something the City of San Francisco fails to do for the people of all colors who walk its streets.

Trump is also being called a racist for voicing/tweeting some well-deserved criticism of “the Squad,” that group of four ultra-leftist women “of color” (the meaning of which has now apparently expanded to encompass all non-whites) who now — unbelievably, considering the hateful things they say — are members of Congress. Does anyone actually think that if these women were white, Trump would treat them any differently? (And he didn’t tell them to “go back to the countries they came from”; that is yet another misquotation.)

That’s the thing: Trump treats people the way he feels they deserve to be treated, regardless of their race. Being “of color” does not — and should not — make anyone immune to criticism. Only a racist would look at someone’s color to decide how to treat that person.

His Acts as President

But back to Stein’s piece. He goes on to point out things Trump has done as President to help economically distressed communities, like creating empowerment zones through tax incentives and grants. Trump also pushed through the First Step Act, bipartisan legislation designed to reduce mandatory sentences for low-risk inmates with good behavior, so they can begin to rebuild their lives. Stein also mentions that unemployment for blacks and Hispanics is currently the lowest it has been in 60 years.

Trump will never please the leftists no matter what he says or does, and neither will we. It’s pathetic, though; accusations of racism are really all they have now. Simply refuse to accept that label. Laugh at their desperation. It’s going to be up to us to reject as incorrect their false narrative of racism on the right.

Without that, they have nothing.