Trump's announcement is expected next week and follows months of internal deliberations. 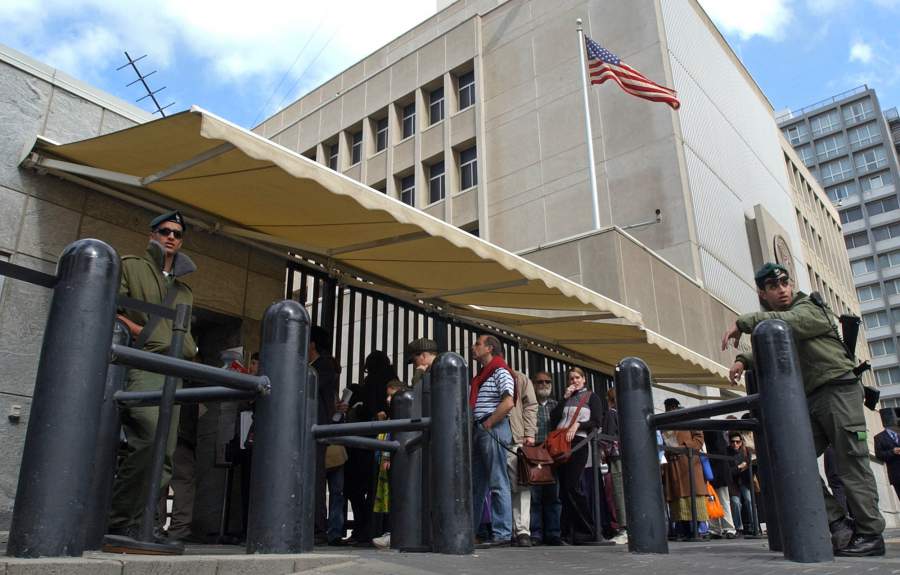 FILE - In this March 17, 2003, file photo, an Israeli border policemen guards the U.S. Embassy in Tel Aviv as other Israelis line up for U.S. visas. U.S. officials say President Donald Trump is poised to again delay his campaign promise to move the U.S. Embassy in Israel from Tel Aviv to Jerusalem. But they say he'll likely temper the blow to his supporters by declaring the holy city as Israel's capital.

This article is available to read at the Associated Press Archive Link here: https://apnews.com/3d57eebee35149808ca16eb0e0dff0ae/Officials:-Trump-might-declare-Jerusalem-the-Israeli-capital